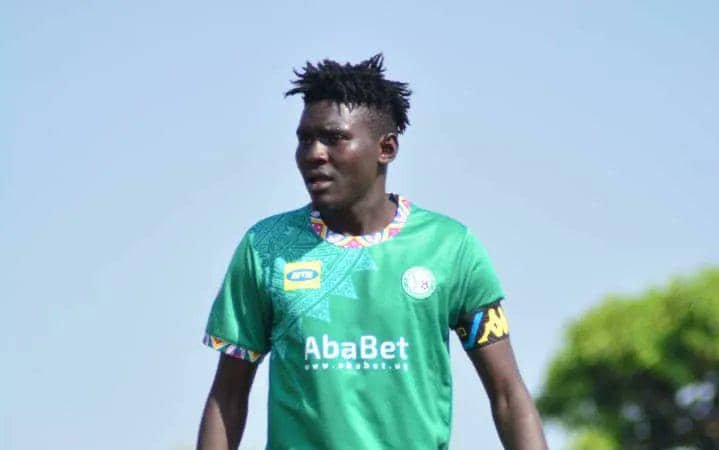 Express’ fast-growing optimism under James Odoch has been checked by on form Onduparaka thanks to a brace by Muhammad Shaban.

The forward scored in either half to condemn the Red Eagles to their first defeat in eight games and end a three-match winning run under Odoch.

Shaban opened the scoring inside three minutes and added the other five minutes after the break. Mohammed Shaban volleys the ball in the first round of the league against Express FC. The two sides ended the game 1-1 with him on the score sheet. photo/ Kawowo sports

The win, fifth on the spin for the Caterpillars lifts them to 8th position on 33 points while Express whose last defeat had come away to Busoga United stays 6th with 42 points.

Shaban’s doubles takes his season tally to 15 goals, one shy of leading scorer Ceaser Manzoki Lobi of Vipers with both players having at least five games to add to their numbers.

The defeat is also Express’ first at home since the opening day of the season when they fell to another West Nile outfit, Arua Hill by the same scoreline.

Express will be in action again away to champions-elect Vipers on April 30 while Ondu will visit BUL the following day in Bugembe.

The reigning Uganda Premier League champions Express played to a 1-all draw with Onduparaka at the Aba Bet Green Light Stadium, Arua city on Tuesday, November 30, 2021.

Onduparaka scored through their captain Muhammed Shaban and Godfrey Lwesibwa replied for Express who completed the game with 10 men following a sending off by first-half substitute Enock Ssebagala.

URA leave Police on the brink of relegation

Sacking coaches usually come with a positive vibe but that’s not the case with relegation bound Police FC.

The Cops who started life without Abdallah Mubiru were toothless again as they fell 2-0 to visitors URA at the MTN Omondi stadium, Lugogo leaving them in the bottom three. 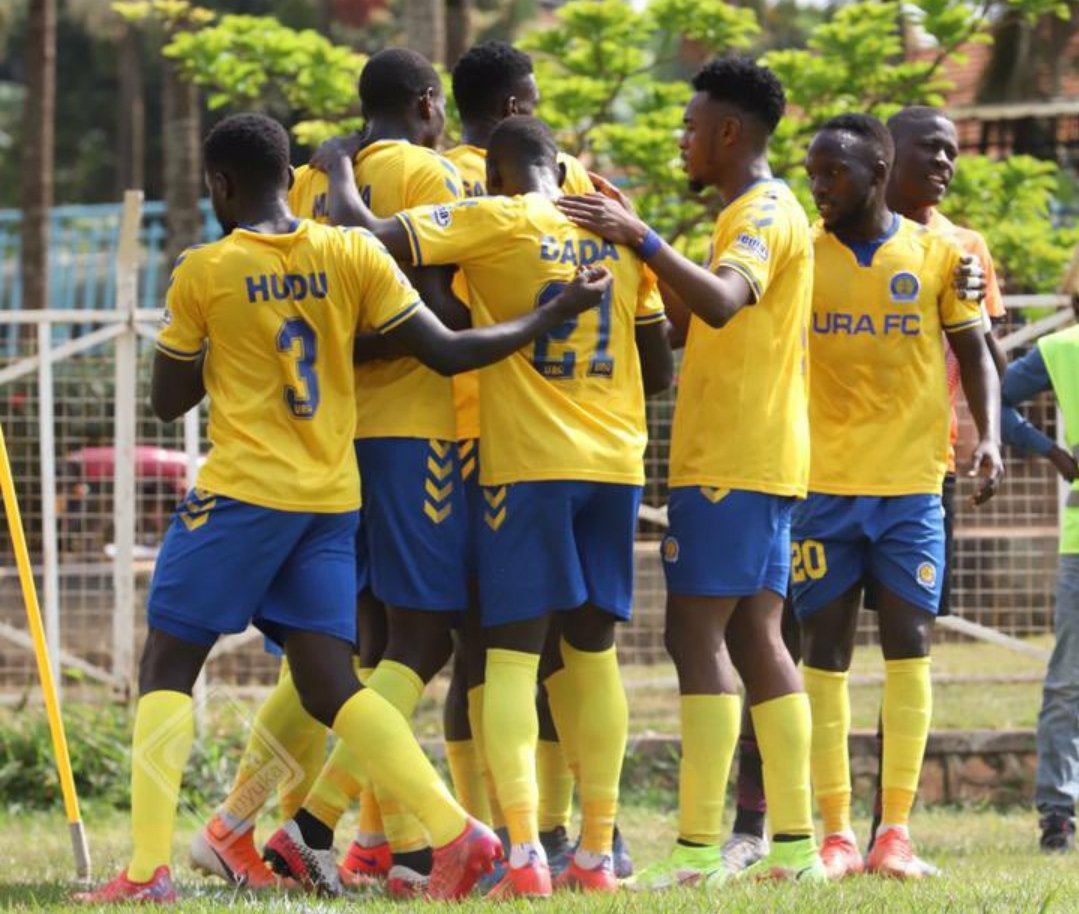 Cromwell Rwothomio and Shafik Kagimu’s goals were enough to hand the Tax Collectors all three points.

Rwothomio scored ten minutes in the first half before Kagimu sealed the victory with URA’s second four minutes after recess.

Despite throwing on forwards Herman Wasswa, Emmanuel Mugume and later Yusuf Ssozi, Police who are on 24 points, two behind safety couldn’t get back into the game.

URA has now moved to third on the table with 46 points ahead of their next game away to UPDF on April 29.

Police’s next game is surely a decider on whether they stay up when they host relegation rivals SC Villa at Lugogo on May 02.

Police sacked head coach Abdallah Mubiru early this month who had been at the helm of the club for the past four years.

This resulted from a poor run of winless games and replaced him with experienced coach player Tony Mawejje who is currently on the technical bench.

However, one thing to note is that, Police woes root back to the start of the season that saw players go begging for salaries for months which obviously affected the club’s performance on the pitch.

Even though this issue was later on addressed, it was not fully implemented to the players satisfaction.

Sc Villa on the other hand seem to be pulling strings to ensure that they are not relegated given their previous league win.

The sixteen time league champions will also be hoping to capitalise on police FC to stay in the elite league.