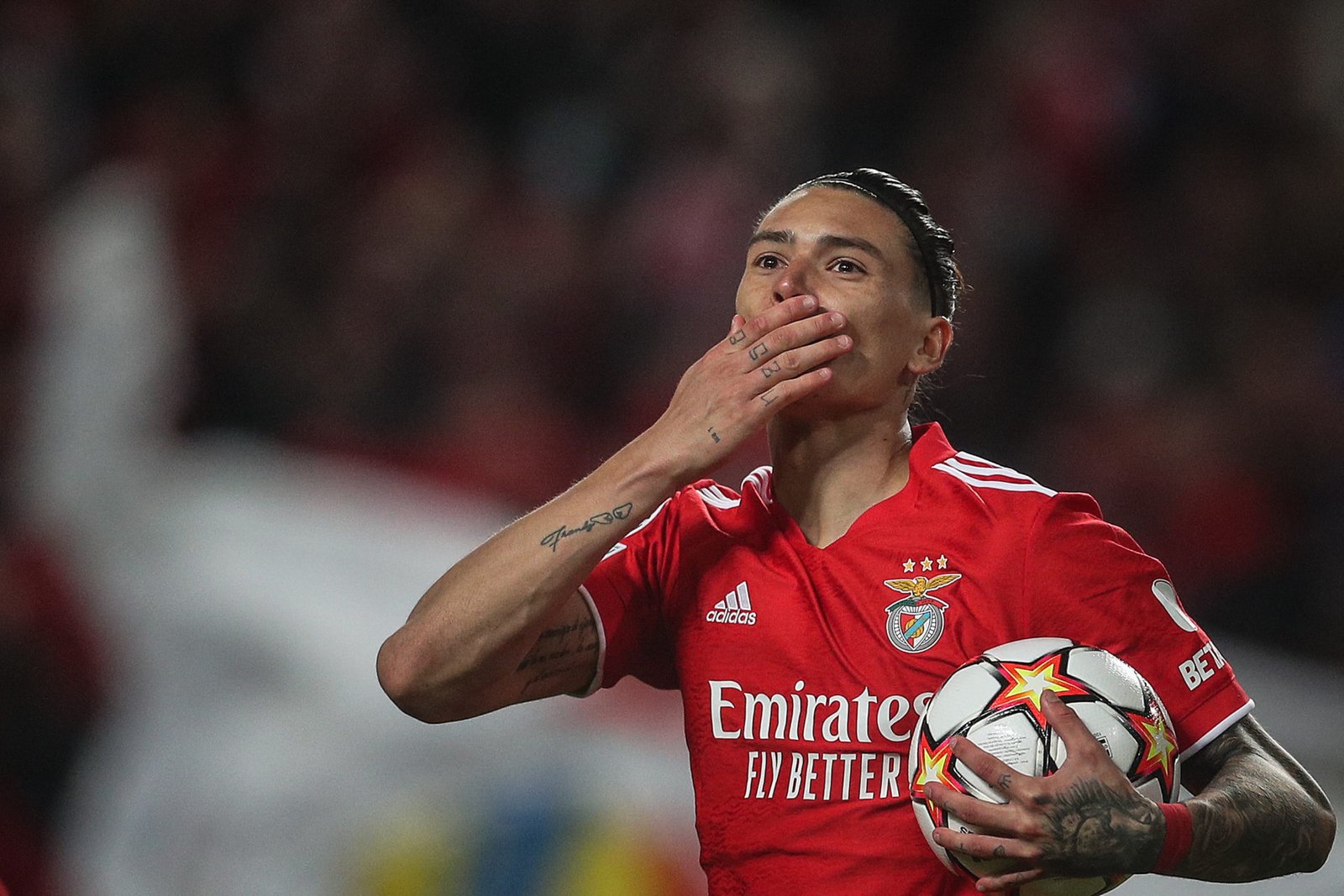 Edinson Cavani has given Manchester United a favourable reference on fellow Uruguayan Darwin Nunez, as the club continues their pursuit of the Benfica striker.

SportsLeo understands that Cavani – who is expected to leave Manchester United at the end of his contract this summer – was one of the first people to alert United to the talents of Nunez last year.

United have been keeping close tabs on the 22-year-old for a number of months, and indeed since the turn of the year, their focus on the player has sharpened. United have been taking a huge interest in recent Benfica matches, with Nunez the main attraction.

A move to the Premier League is Nunez’s main ambition this summer, and United have emerged as genuine contenders to sign him.

Nunez is one of the top scorers in Europe this term with 24 goals in 24 games in the Portuguese domestic league, while he’s also hit five in the club’s run to the Champions League quarter-finals – even scoring against Liverpool last week.

Benfica forward Darwin Nunez is expected to leave the club at the end of the season. | PHOTO: Getty Images |

The former Penarol and Almeria striker has also scored in his last three appearances for Benfica, including a hat-trick against Belenenses at the weekend which was seen up close by a United scouting delegation.

Benfica has already made it clear to Nunez that he will be allowed to leave the club this summer, with a fee in the region of £65m expected to be enough to seal a transfer.

Unsurprisingly, substantial interest is emerging in the player from across Europe, though as Sky Sports revealed last month, England is believed to be his preference.

United are hoping that Cavani’s reference and relationship with the player could help their pursuit if indeed they push ahead with the player as their new main striking option. It’s an area United could well look to strengthen in the summer given Cavani’s impending departure and due to uncertainty over Cristiano Ronaldo’s future.

West Ham United are long-term suitors for Nunez, having failed with a last-ditch bid to sign him on transfer deadline day in January, though Chelsea, Arsenal, Tottenham, Aston Villa and Newcastle also hold interest.