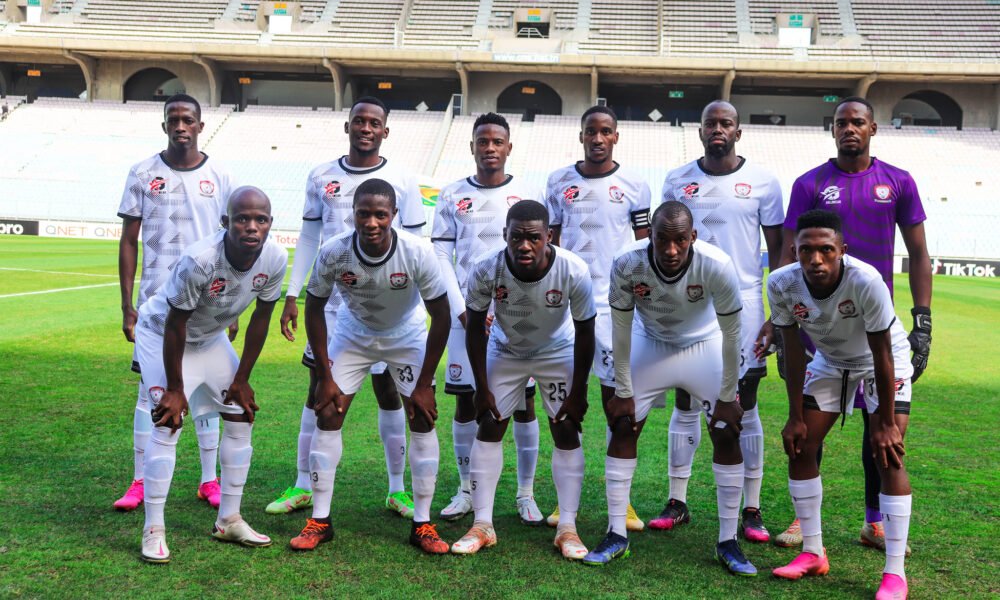 Botswana debutants Jwaneng Galaxy’s ambition to pick at least one win from their maiden appearance in the group stages of the CAF Champions League came two goals short as they suffered a defeat away to Tunisia’s Etoile du Sahel in a five goal thriller.

Etoile beat Jwaneng 3-2 to finish the group stages with a win and a loft up to third in their group with their first win of the group phase, which takes them to six points. Jwaneng on the other end finished off with just a single point, no win and five defeats.

The home side went to a 1-0 halftime lead thanks to Vinny Kombe’s ninth minute goal. The striker reacted quickest after the keeper punched away Mohamed Dhaoui’s effort from close range.

They had to wait till the 70th minute to get their second goal, this time Baligh Jemmali striking a superb shot from the edge of the box.

Ten minutes later, the visiting Botswana side halved their deficit to start off what looked like a positive comeback when Gilbert Baruti struck a superb volley from the left.

However, just two minutes after the goal, Etoile restored their two goal deficit through Yassine Amri who finished off a pass from Mohamed Iheb Msakni, his second assist of the evening.

Baruti would then score his second and put Jwaneng within touching distance in the 85th minute, but his goal couldn’t inspire a complete comeback.

Meanwhile, South Africa’s AmaZulu, who have just parted ways with coach Benni McCarthy who helped them qualify for the Champions League for the first time ever, also finished off third from their group after playing to a 1-1 draw with Guinea’s Horoya in Conakry.

Burkina Faso international Dramane Nikiema gave the home side the lead with an emphatic finish off Ismael Camara’s assist.

AmaZulu however gave a fight and they levelled for a point three minutes after the restart when Salif Coulibaly scored into his own net as he tried to cut off a cross from Thabo Qalinge.

Meanwhile in the other match, Zamalek couldn’t finish their group phase with a win as they were held to a 0-0 draw by Angola’s GD Sagrada Esperanca.