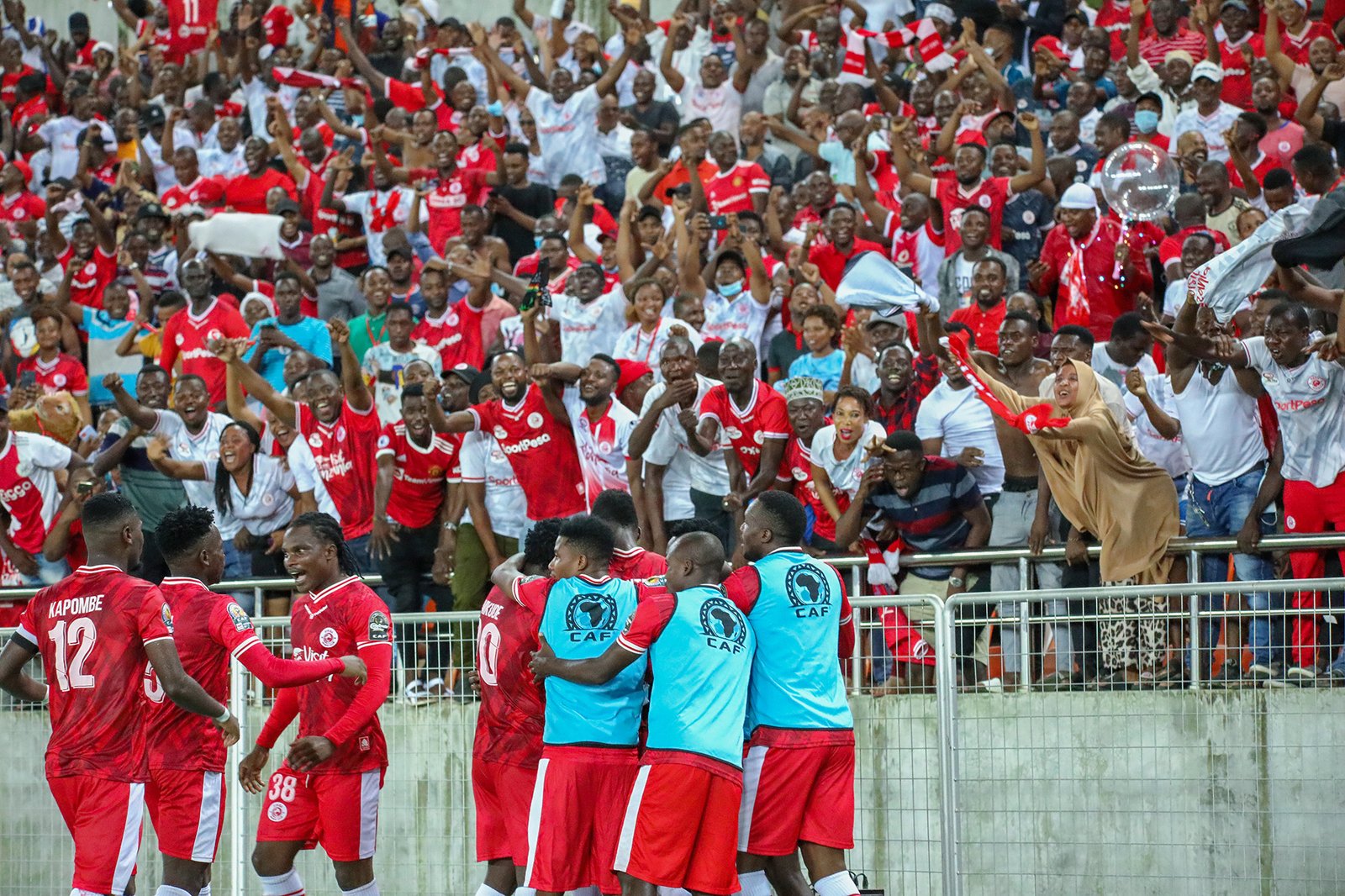 Simba SC progressed to the quarter finals of the CAF Confederation Cup in style, thrashing Union Sportive Gendarmerie Nationale (USGN) of Nigero 4-0 at the National Stadium in Dar es Salaam on Sunday night.

A double from Chris Mugalu, a goal from Sadio Kanoute and an own goal by keeper Saidu Hamisu were all the Tanzanian giants needed to secure a place in the quarter finals on the last day of group stage action.

Moroccan outfit RS Berkane topped the group after picking a slim 1-0 win over Asec Mimosas of Ivory Coast. Chadrack Lukombe’s penalty in the 28th minute was enough for the defending champions to book a slot in the quarter final draw on Tuesday as group winners.

In Dar es Salaam, Simba came into Sunday’s fixture at third place in Group D and in a must win situation. After a goalless first half, they ran riot in the second 45 to secure a last eight berth.

The floodgates of goals finally opened in the second half with Sadio Kanoute breaking the deadlock after 63 minutes. The Malian forward brilliantly took a shot on the turn just inside the box off a Bernard Morrison pass.

Morrison then provided his second assist of the evening, playing Chris Mugalu through after a quick start to a corner, the Congolese striker finishing off calmly inside the box. 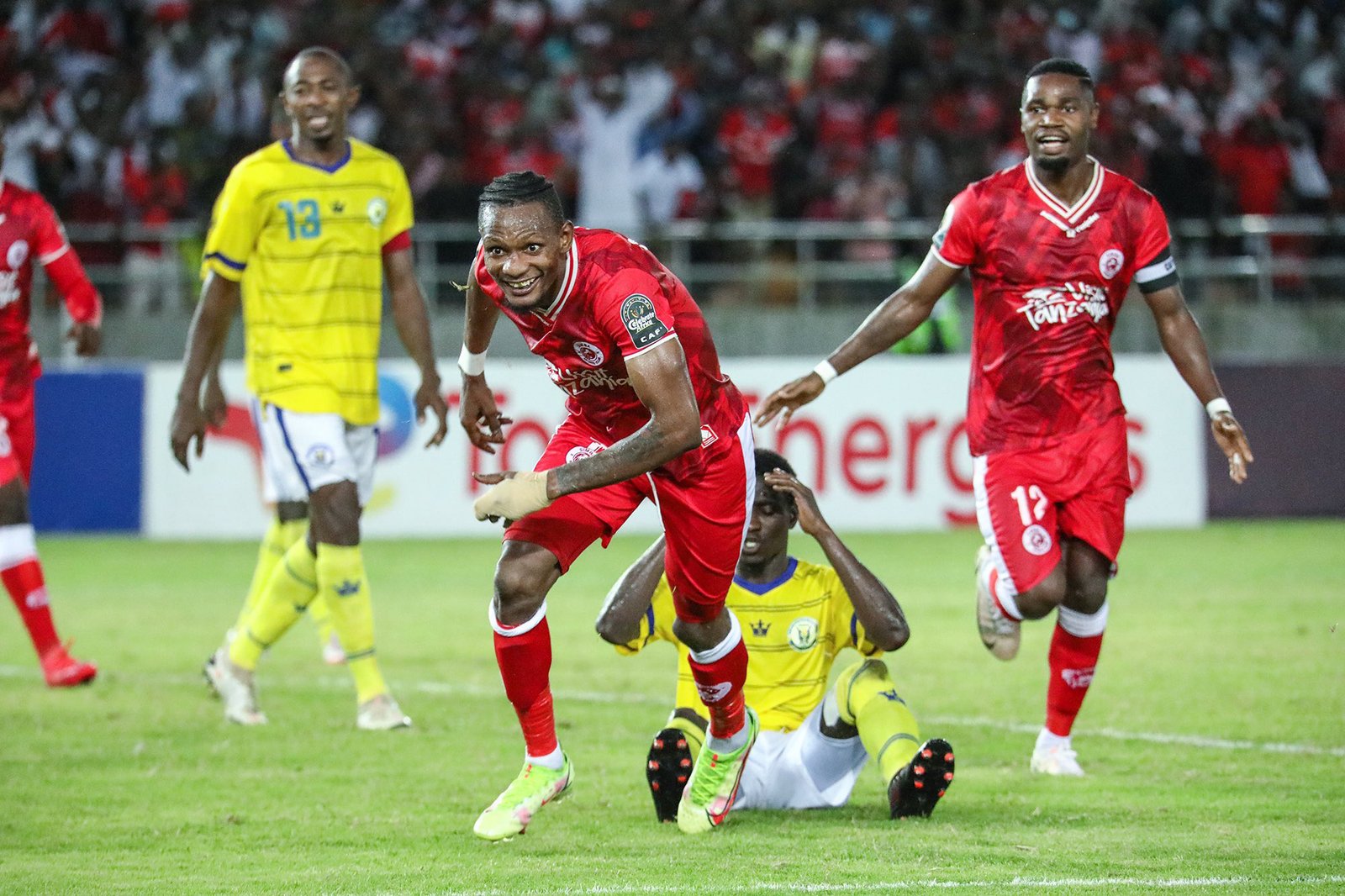 Mugalu then doubled his tally and made it 3-0 for Simba in the 79th minute when the keeper spilled a cross, and the lanky forward did the rest to pounce and score.

USGN then scored a bizarre own goal, keeper Saidu Hamisu somehow miscontrolling a backpass and letting the ball skip into the net.

Elsewhere, Libya’s Al Ahli Tripoli finished top of Group A despite being held to a 0-0 draw by CS Sfaxien of Tunisia who finished third in the group.

Qualification business was already a done affair with Tripoli and Pyramids of Egypt booking their tickets in the penultimate round.

Pyramids beat Zanaco 1-0 courtesy of Islam Issa’s 90th minute goal to also move to 13 points, but remained second behind the Libyans on head to head basis.

In Group B, Algerian side JS Saoura’s hopes of sneaking through to the quarters on the final day ended up in smoke, despite winning their match against Royal Leopards of eSwatini.

Second placed Al Ittihad of Libya picked up the minimum required result of a point against Orlando Pirates to remain second in the group while the Sea Robbers from South Africa top the group with 13 points. 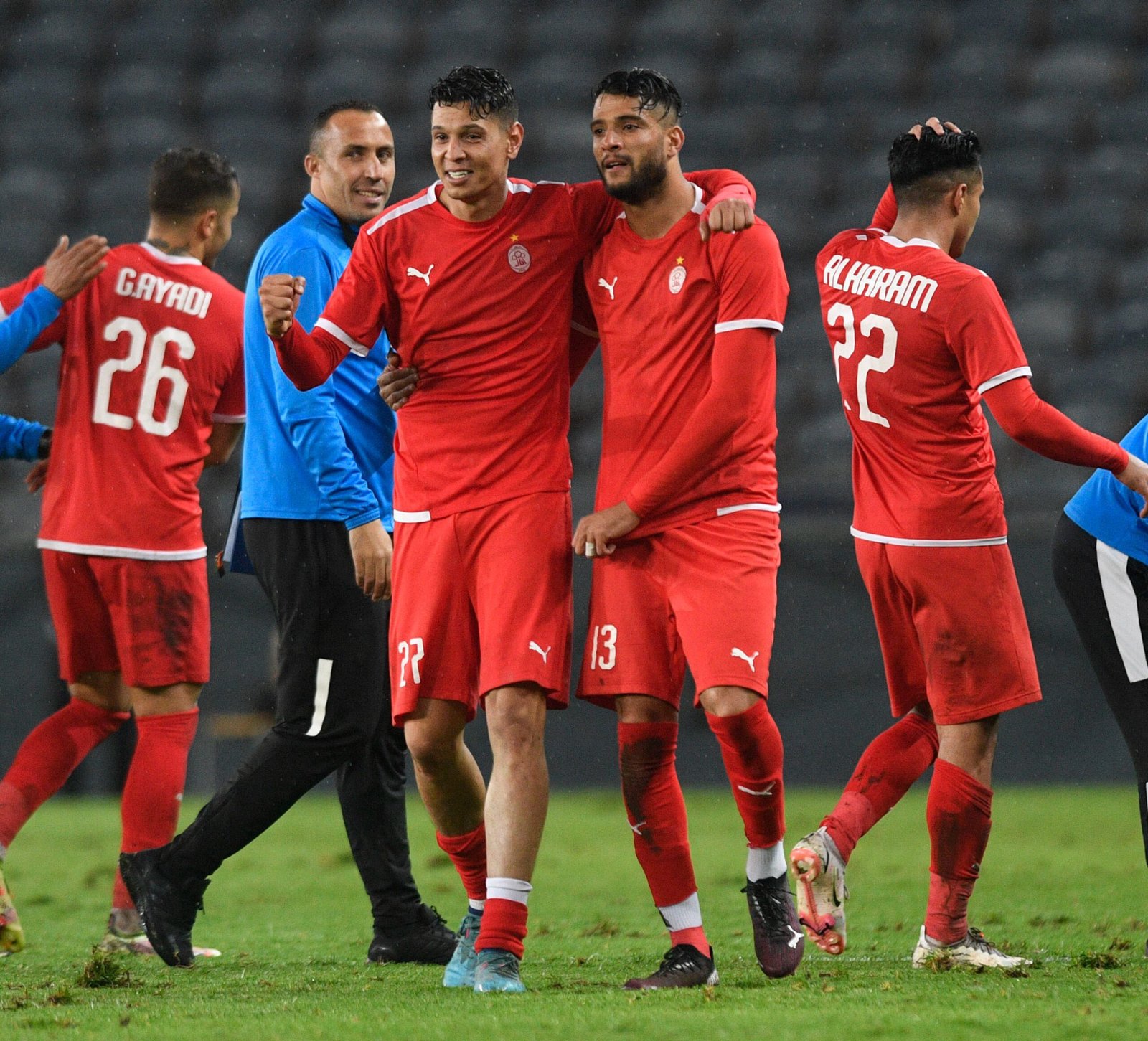 Soura won 2-0 against Leopards, Ismail Saadi and Oussama Bellatreche scored in the 51st and 54th minutes, but it wasn’t enough to earn them a ticket to the quarters.

Group C was also a done and dusted affair as far as qualification was concerned, with the battle remaining to be who between TP Mazembe and Al Masry finish top.

The two sides squared out at the Stade Frederic Kibassa Maliba in Lubumbashi and it was the home side who were more efficient, winning 2-0. A second half brace from Adam Bossu handed The Ravens maximum points as they secured top spot with 11 points, Masry dropping to second with 10 points.

Meanwhile, AS Otoho d’Oyo finished off the group stage with victory after beating Cameroon’s Cotonsport 1-0, courtesy of Mamadou Cisse’s goal seven minutes into the match.