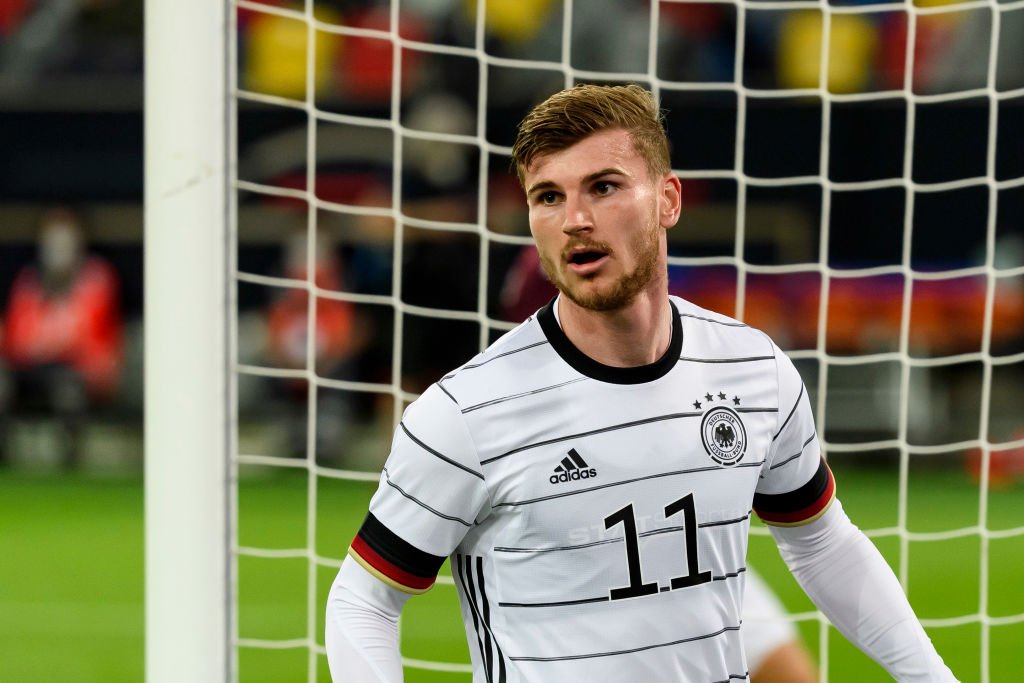 Chelsea and Germany striker Timo Werner has suggested Chelsea’s style of play is not best suited to his game after netting for Germany on international duty.

Werner arrived at Stamford Bridge from Bundesliga side RB Leipzig in the summer of 2020 with a burgeoning reputation, but he has struggled to find his best form in close to two seasons at the club.

Although he remains popular with supporters, the 26-year-old has been a peripheral figure this campaign having been hampered by injury and coronavirus, scoring seven times in 28 appearances across all competitions.

Timo Werner has said he prefers playing for Germany due to the style of play which is different from the one in Chelsea. | PHOTO: Getty Images |

When he has played, the striker has often been deployed out of position out wide or slightly deeper in head coach Thomas Tuchel’s fluid 3-4-2-1 shape. He isn’t the only Chelsea forward to have struggled with the system, with Romelu Lukaku also enduring a tough start to life back in the Premier League and admitting he was finding it hard to adapt tactically.

On the flip side of the coin, Werner has had no problem finding the net for his country, however, netting five times in World Cup qualifying and adding to his tally with a smart near-post finish against Israel in a friendly on Saturday night. All of those strikes came while playing as a centre-forward. “I’m a striker and always want to score,” Werner said after the 2-0 victory. “Things aren’t going the way I’d like at Chelsea, so it’s all the better that things are going well here under Hansi Flick.

“I really enjoy playing football, no matter where I’m playing. There are differences in the style of play between football at Chelsea and here. Maybe the one in the national team suits me better.

“Here, I always have scoring chances, I can score goals. I feel very comfortable here.”

Germany won the match against Israel 2-0 with the other goal remarkably coming from a fellow Chelsea player Kai Havertz. On his side, Havertz has had an outstanding form at Chelsea since the arrival of Tuchel despite also enduring a hard start of life in London.