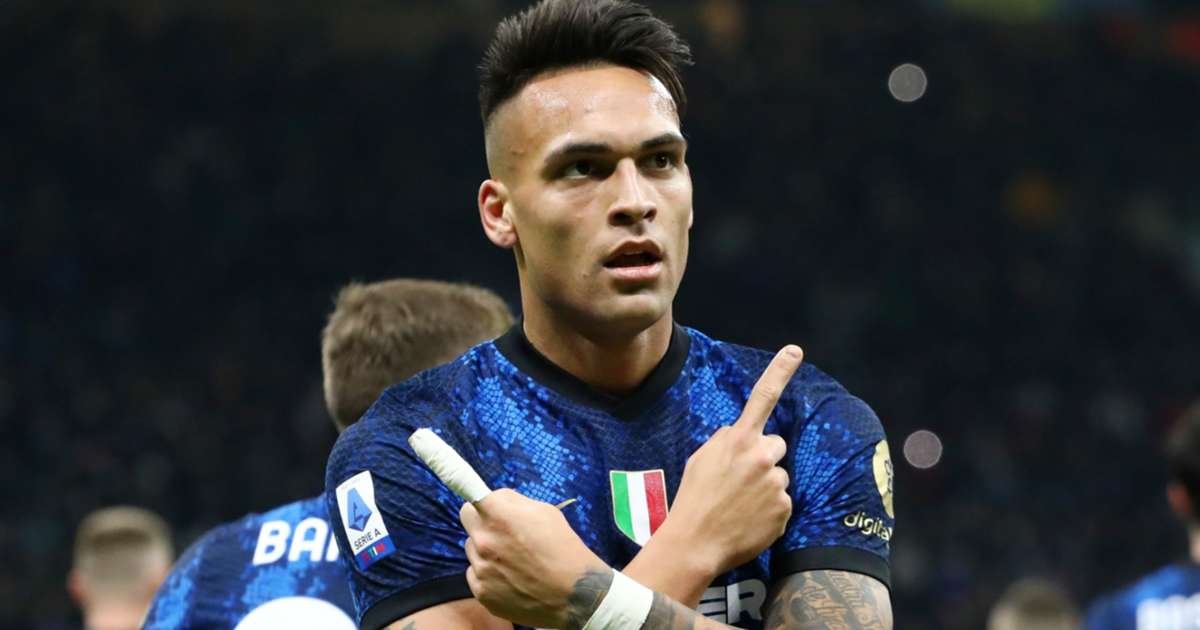 Lautaro Martinez scored his first goal of the calendar year for Inter ending his goal drought and Inter’s four-game winless run in Serie A with an excellent hat-trick in a 5-0 thumping of bottom side Salernitana.

Inter have struggled for form since the turn of the year, but Martinez ended a wait for a league goal that stretched back to December as part of a first-half double that took his Serie A tally to 50.

Martinez completed just his second hat-trick for the Nerazzurri in the 56th minute, with Edin Dzeko then bagging two in the space of five minutes.

Lautaro Martinez scored for Inter Milan for the first time this year in the 5-0 defeat of Salernitana in the Serie A. | PHOTO: Getty Images |

Inter cruised to the final whistle and moved a point clear of Napoli and Milan – who meet on Sunday – at the top of Serie A.

Salernitana may well have taken a shock lead in the fourth minute had Simone Verdi kept his effort from next to the penalty spot down.

It was a rare moment of vulnerability for Inter, who saw Martinez rattle the crossbar before angling a finish into the bottom-left corner after Nicolo Barella picked out his darting run.

Martinez doubled his tally five minutes before half-time when he was again fed by Barella and held off Luca Ranieri to dig out a low shot that got the better of Luigi Sepe.

Salernitana were unable to keep Martinez at bay after the restart as the striker raced in front of Radu Dragusin to steer Dzeko’s right-wing cross into the roof of the net.

Dzeko turned goalscorer as he thumped in delivery from Robin Gosens, who had only replaced Matteo Darmian two minutes beforehand.

The VAR then deemed Dzeko was not offside before he turned Denzel Dumfries’ pass beyond Sepe, giving him a second of the game.

Joaquin Correa wasted a couple of opportunities to extend Inter’s lead, and Martinez missed a chance to score for the fourth time, but the three points were already secure.

Inter Milan players celebrating a goal against Salernitana in the Serie A clash on March 5 2022. | PHOTO: Getty Images |

Inter were four points clear at the summit at the end of 2021, but a run of two wins in seven saw them slip to third and two points adrift of Napoli.

With his side only scoring six goals during that stretch, questions started to be asked of Simone Inzaghi.

They will still have been expected to defeat Salernitana, but the emphatic nature of their success could reignite their faltering title challenge over the final stretch.

Martinez did not look like a player short of form against Salernitana as he ended a 425-minute barren run in all competitions. He was a livewire and had 10 efforts on goal – a total he has only once bettered in a Serie A game (11 v Cagliari in March 2019).

It was only the second time in his Serie A career that Barella has laid on multiple assists in a single game. He supplied four key passes in total and played a role in most of Inter’s best moments.

Inter will be aiming to keep their Champions League campaign alive at Liverpool on Tuesday, while Salernitana entertains Sassuolo next weekend.