Manchester City extend gap at the top with Brentford win 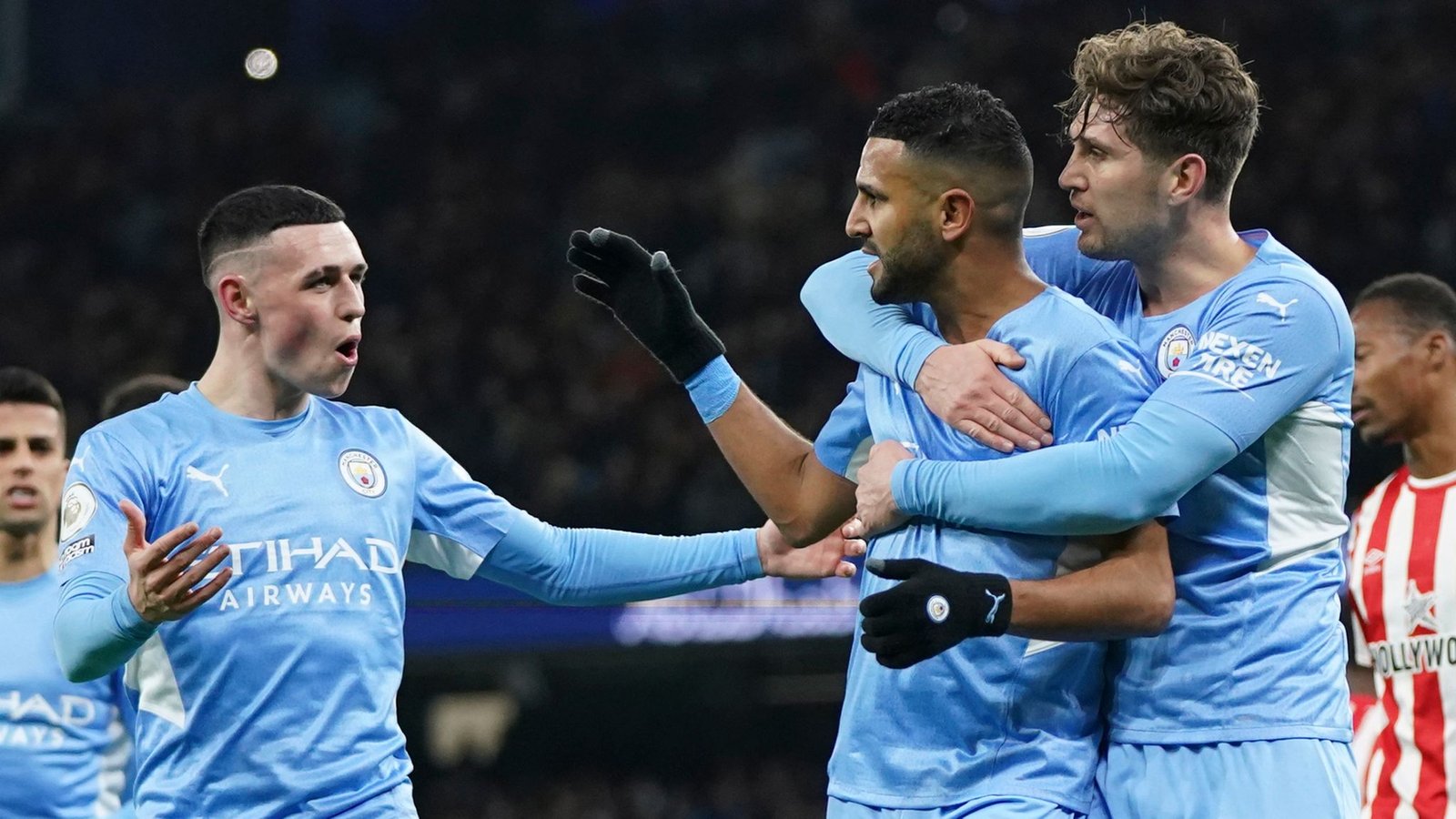 City players celebrating after scoring the opener against Brentford in the match. | PHOTO: Getty Images |

Riyad Mahrez and Kevin De Bruyne were on target as Manchester City secured a 2-0 win against Brentford at the Etihad Stadium on Wednesday night.

After an uneventful opening of 30 minutes, City began to make their attack feel and the deadlock was broken when Mahrez curled home a spot-kick after Mads Roerslev clumsily sent Raheem Sterling to the ground.

The reigning champions never really got out of second gear but were gifted another goal when David Raya’s misplaced pass was quickly followed by De Bruyne slotting home. 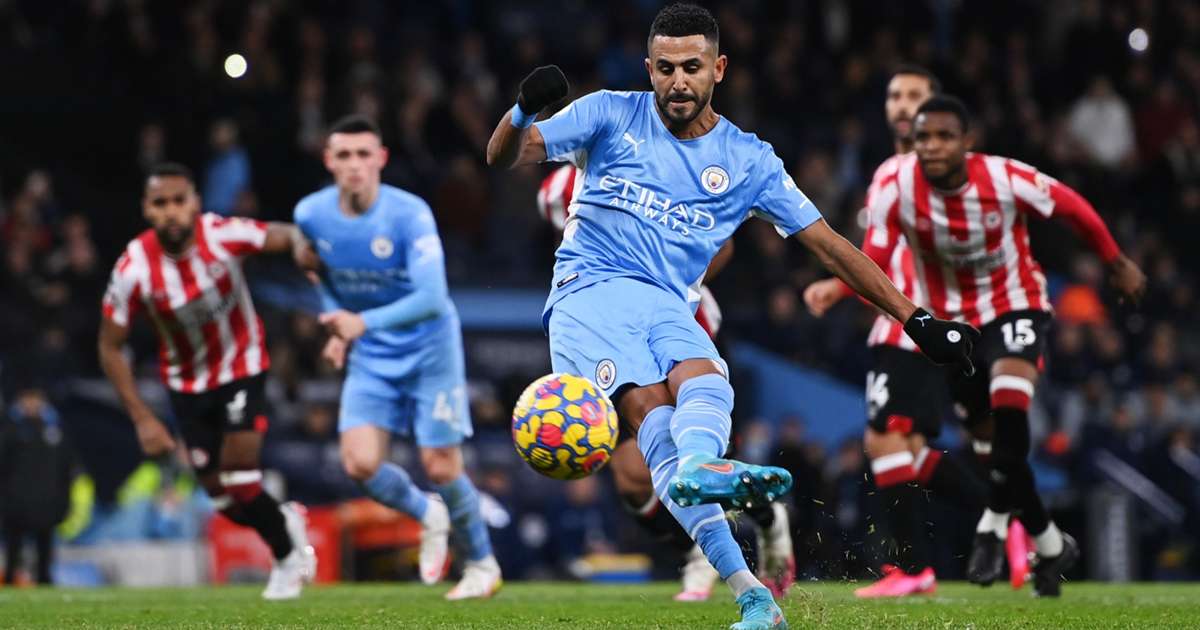 Riyad Mahrez scored from the spot to open the scoring for Manchester City against Brentford on Wednesday, Feb 9 2022. | PHOTO: Getty Images |

City consequently increased their advantage over Liverpool to 12 points, though Jurgen Klopp’s side are in action against Leicester City later on today.

Brentford were tough to break down, but City gradually began to create more openings, with Sterling volleying over and Aymeric Laporte shading the outside of the post after the half-hour mark.

The visitors’ resistance was finally broken when Roerslev fouled Sterling in the 18-yard box and Mahrez dispatched the resulting penalty into the top-left corner.

Brentford tried to threaten on the break but never looked like troubling Ederson with Ivan Toney absent due to a calf injury.

Their hopes of salvaging a draw were effectively extinguished when Raya gave the ball straight to Sterling on the edge of the box.

Although the Brentford keeper managed to block Sterling’s shot, the rebound fell to De Bruyne, who passed the follow-up into the bottom-right corner.

Manchester City midfielder Kevin De Bruyne celebrates after scoring the second goal for his side against Brentford in a Premier League clash on Wednesday, Feb 9 2022. | PHOTO: Getty Images |

City came under minimal pressure and comfortably saw out the closing stages to get back to winning ways after dropping points at Southampton in their previous Premier League outing.

City completed a league double over Brentford for the first time since 1936-37, the season in which they won their maiden top-flight crown.

Pep Guardiola’s side is now unbeaten in 14 Premier League matches, while the Bees have lost five in a row. The last time they endured a winless streak of that length was in 2007 when they were in League Two.

Although he may not have taken the chances that came his way, Sterling won the penalty and played a pivotal role in the second goal with his high pressing. He also supplied two key passes and drew five fouls – at least three more than anyone else on the pitch.

He may have made more saves (five) than he has done before in a single Premier League match, but Raya’s woeful distribution ultimately ended Brentford’s chances of snatching what would still have been an unlikely point.