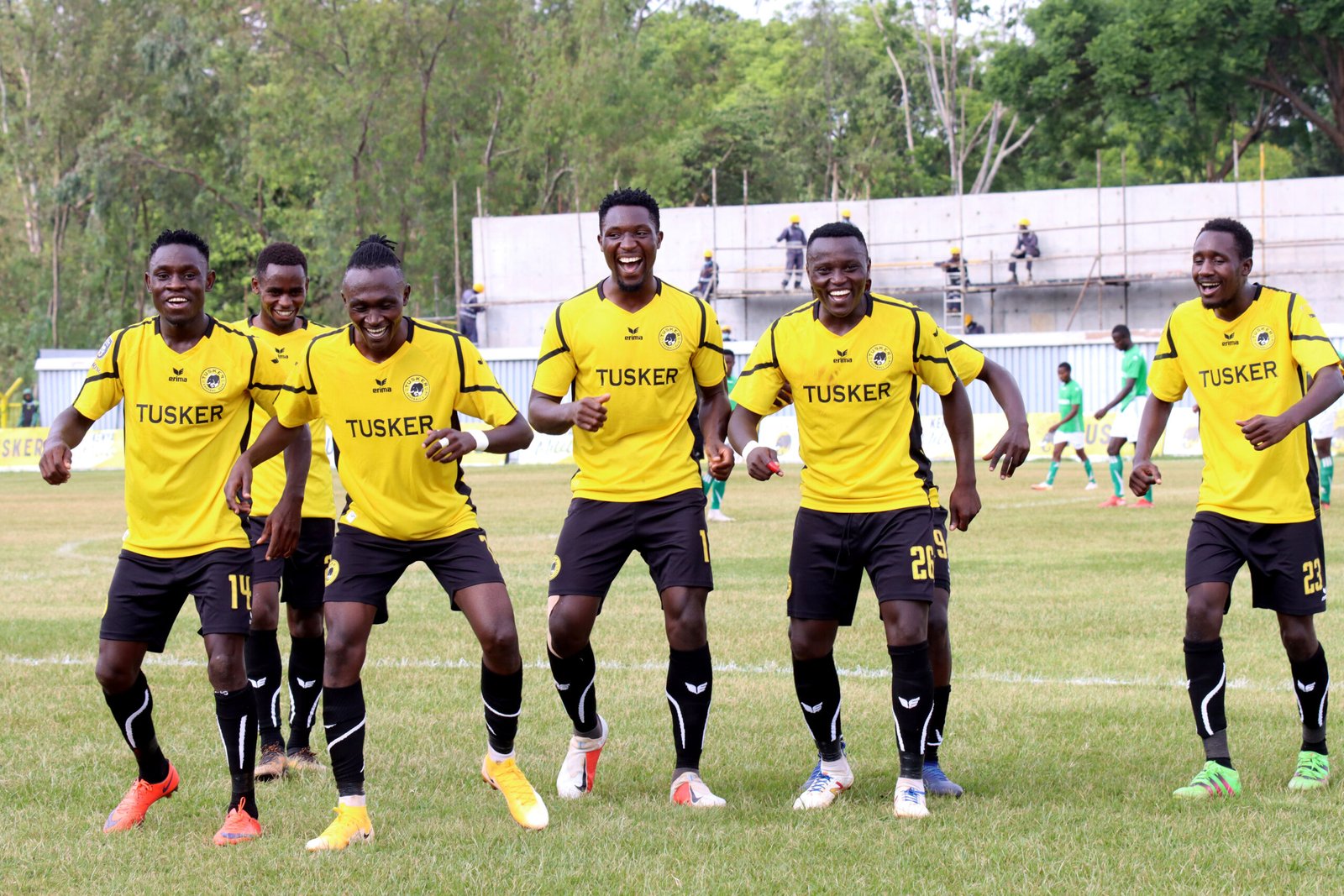 Off a run of back to back defeats, Tusker FC eased pressure on their shoulders after beating Vihiga Bullets 2-0 at the Ruaraka Complex on Thursday evening. Goals in either half from Rodgers Ouma and John Njuguna powered the brewers to victory lifting the load off head coach Robert Matano.

Ouma scored his first goal for the club in 13 matches, and was excited to have helped the side to victory.

“I have really been working hard on the pitch and I am glad that I have finally scored my first goal. Being at this club is a huge challenge because there are a lot of talented players and being handed a chance to start is a huge privilege. I am optimistic that this goal will motivate me to do even better,” said the former Western Stima midfielder.

Bullets had come into the match beaming with confidence after positive results in their last two games where they beat Wazito FC 4-2 and then drew 1-1 with Bandari. But, they came up against an equally resilient Tusker, keen to lift the weight off their shoulders.

The home side were off to a positive start and Ouma had a go at goal early on when a short corner from Eric Zakayo picked him up at the edge of the box. However, he could not direct his shot on target. 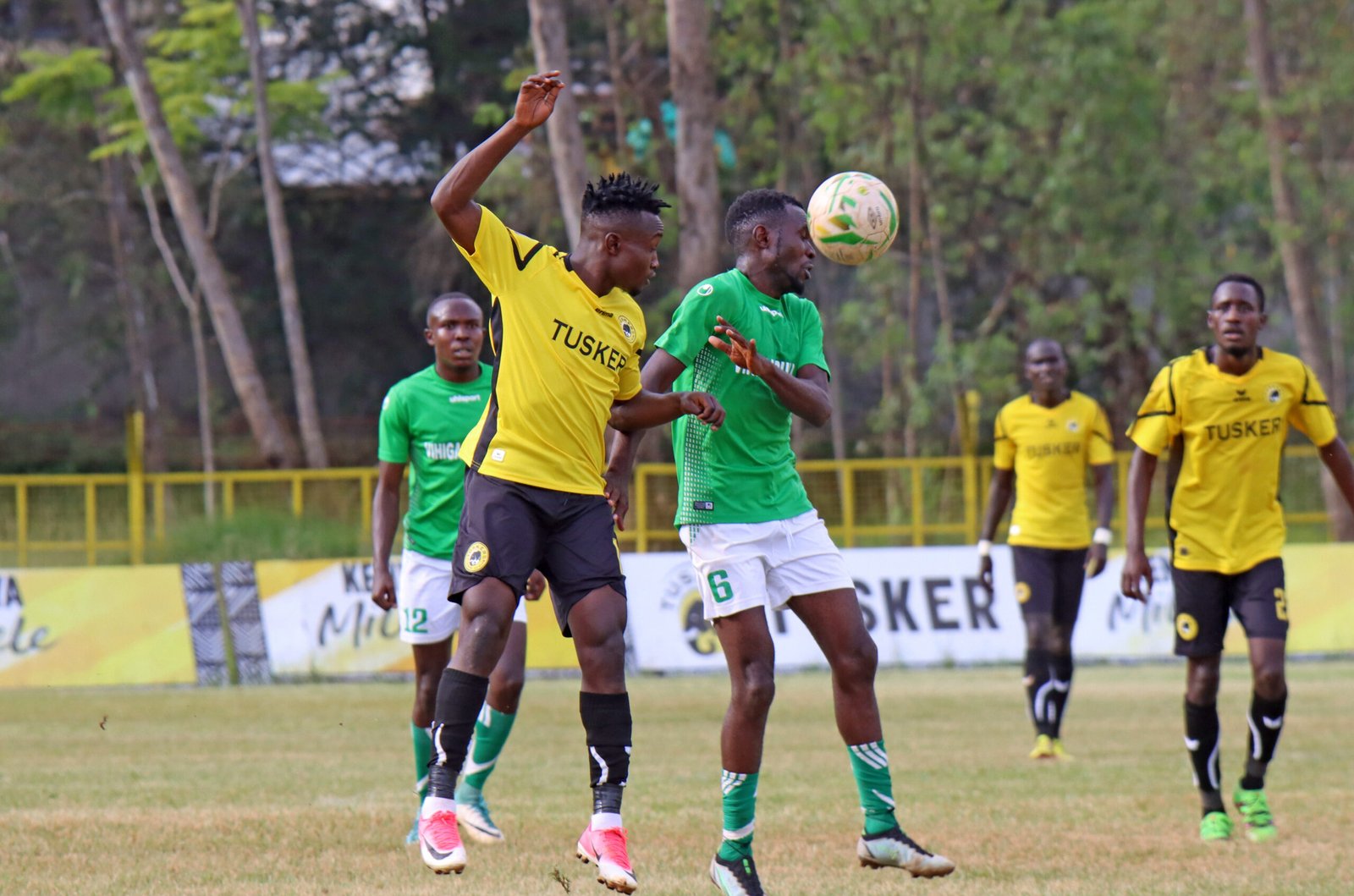 Njuguna, who had been lively in the opening minutes of the game also had a go at goal with a low shot from outside the area, but it also rolled wide.

Six minutes to the break, the home side opened the scoring when Ouma reacted quickest after the keeper had spilled a stinging shot from Shaphan Oyugi. The former Western Stima man picked the ball and tapped home.

Tusker should have gone to the break two goals up when they had a golden chance at the end of the opening half. Zakayo played Oyugi through, but the midfielder failed to hit a strong effort at goa, his meek effort rolling straight to the keeper’s gloves.

In the second half, Tusker continued to pile in the pressure and they had the second goal in the 62nd minute when Njuguna’s brilliant left footer beat the keeper after sliding to his favourite foot off a pass from Zakayo.

The two goal tally added some shell of comfort for Tusker who then made changes. Apollo Otieno, Shaphan, Njuguna and Ibrahim Joshua all came off for Hum Mieno, Lawrence Luvanda, Deogratious Ojok and Shami Kibwana. 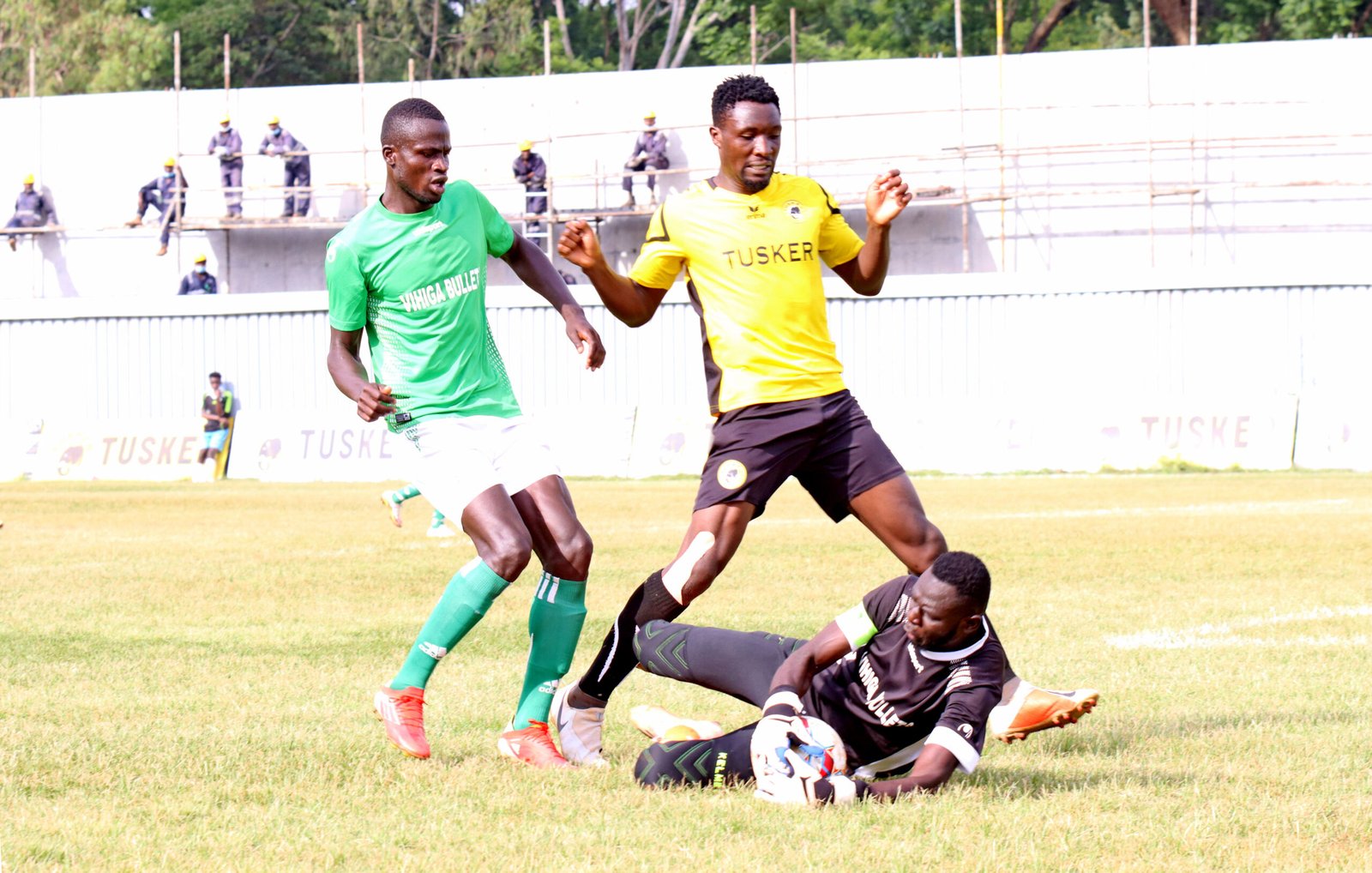 Tusker commanded the game and should have closed out the result nine minutes to time when Ojok was denied by the upright after running through on the right before shooting from a tight angle.

Meanwhile in other fixtures, AFC Leopards came from a goal down to beat Mathare United 3-1 at the Nyayo National Stadium.

After a goalless first half, Daniel Otieno had given Mathare the lead five minutes in, but that didn’t last long as Washington Munene equalized from the penalty spot after Robert Mudenyu had been appended inside the box by Martin Ongori.

Nigerian import Ojo Oluwafemi and Peter Thiong’o scored one each as Leopards secured the three points to bounce back to winning ways. The two teams had to finish the match with 10 men after Khaleed Jumaan and Collins Shivachi were sent off for an off the ball incident.

IN Kakamega, hosts and league leaders Kakamega Homeboyz played out to a 4-4 draw in a thriller against City Stars in a top of the table clash.

It was the home side who got off to a good start, with a 2-0 lead inside the first 25 minutes. Brian Eshihanda broke the deadlock on the quarter hour mark before David Okoth doubled the tally eight minutes later.

City Stars halved the deficit in the 32nd minute through Sven Yidah and six minutes later, Moses Mudavadi had taken Homeboyz back into their two-goal cushion.

A second David Okoth penalty in the second half restored the two goal lead for Mwalala’s men, but Gomeboyz would go to sleep in the last 10 minutes of the game, Eric Ombija stepping off the bench to score in the 80th minute and Davis Agesa completing the comeback six minutes to time.