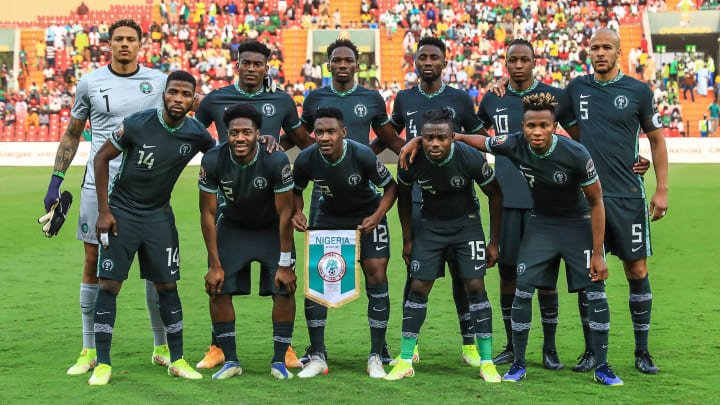 On Tuesday, January 11, the ongoing Africa Cup of Nations action took us to Groups D and E, with three games played throughout the day in Cameroon.

Algeria’s quest to retain their title began early on with a meeting with Sierra Leone before Nigeria took on Egypt and Sudan vs Guinea-Bissau closed out the day.

Here’s how all the action played out:

One of the early favourites Algeria had plenty of chances to pick up the emphatic victory most predicted was on the cards, but some impressive defending from Sierra Leone saw both sides share the spoils.

The debuting Steven Caulker was superb in the Sierra Leone backline, as was goalkeeper Mohamed Kamara, who frustrated Riyad Mahrez and Baghdad Bounedjah all afternoon denying them chances after chances.

Bounedjah could have won it with a late header, but it wasn’t to be. It was the first time in 36 times that Algeria have failed to score at least once going to bed with a point although with a clean sheet at hand.

The second match of the day saw last tournament’s hosts Egypt take on Nigeria, in what was a thrilling tie.

Mohamed Salah’s start to the AFCON ended in defeat as his Egypt side fell 1-0 to Nigeria.

It was Leicester forward Kelechi Iheanacho who scored the game’s only goal, smashing a half-volley into the net on the half-hour mark, but Nigeria could have easily had three or four and looked electric in the attack.

Salah was completely isolated in attack, with the Nigerian defence keeping him quiet with ease. It was a real message of intent from the Super Eagles.

The final match of the day in Cameroon failed to put an end to AFCON’s lack of goals, with Sudan and Guinea-Bissau playing out a goalless draw. This meant no game in AFCON has had more than three goals since the start of the tournament this year.

The first 45 minutes were pretty poor, but things came to life in the final ten minutes when Guinea-Bissau’s Steve Ambri was fouled in the box. Up stepped Pele (not that one), but his effort was saved from the spot.

The away side pushed hard for a goal late on, but ultimately, this one wasn’t great.