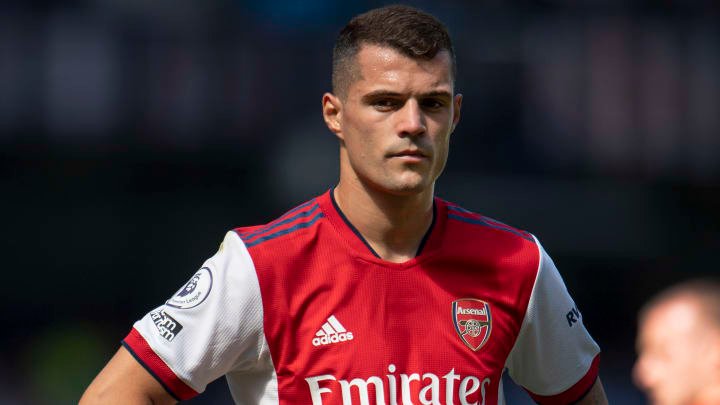 Arsenal and Switzerland midfielder Granit Xhaka is back in full training and could make his Premier League return from injury against Everton on Monday.

The Switzerland midfielder picked up a nasty knee injury late in September and was initially expected to miss the remainder of 2021, while the aim was for him to simply be fit enough to train early in the new year, but he has made his recovery faster and is in contention to start or appear on the bench against Everton later on tonight at Goodison Park. 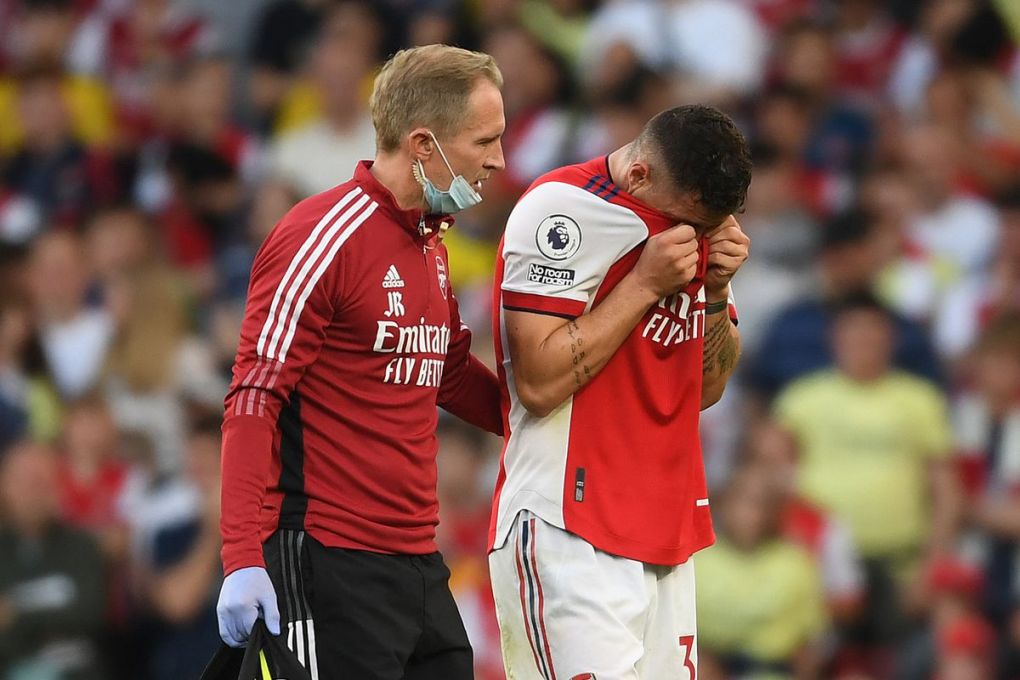 Arsenal midfielder Granit Xhaka was injured back in September and was ruled out for the rest of 2021 but he has made a fast recovery. | PHOTO: Getty Images |

However, Arsenal’s latest fitness update revealed that Xhaka has made ‘excellent progress’ and the club’s medical staff have cleared him for a return to full-contact action and he has already been involved in a full training session.

The 29-year-old is not yet a certainty to feature in Monday’s game and will have to prove his fitness in the build-up, but the fact that he is already in consideration for a spot on the team is a huge boost to manager Mikel Arteta, who was expecting to be without Xhaka for the hectic winter schedule.

Arsenal Granit Xhaka is back from injury, should he be passed fit. Xhaka would almost certainly take a spot on the bench, with Thomas Partey – who has been a regular starter this season set to start alongside one of Albert Sambi Lokonga or Mohamed Elneny. Granit Xhaka has so far made a comeback to a full training session for Arsenal ahead of the Premier League trip to Everton on Monday, 6 December 2021. | PHOTO: Getty Images |

Arsenal’s medical staff will have their work cut out for them ahead of the Everton game as fitness tests will also need to be conducted for midfielder Emile Smith Rowe and goalkeeper Bernd Leno.

Smith Rowe came off with 20 minutes to go in Arsenal’s 3-2 defeat to Manchester United on Thursday after complaining of pain in his groin and he has yet to be passed fit for the match on Monday night at Merseyside.

As for Leno, he also injured his groin during training and may miss out on this one as well. Academy goalkeeper Arthur Okonkwo took his place on the bench against United and may well keep it on Monday, with Aaron Ramsdale set to start.

Arsenal head into the Everton game down in seventh in the Premier League, but they can climb as high as fifth with a victory in their bid to close the gap into the top four.

Everton on their side have had a tough season and are currently sitting 16th in the Premier League log with 15 points, five more than bottom-placed Norwich City.