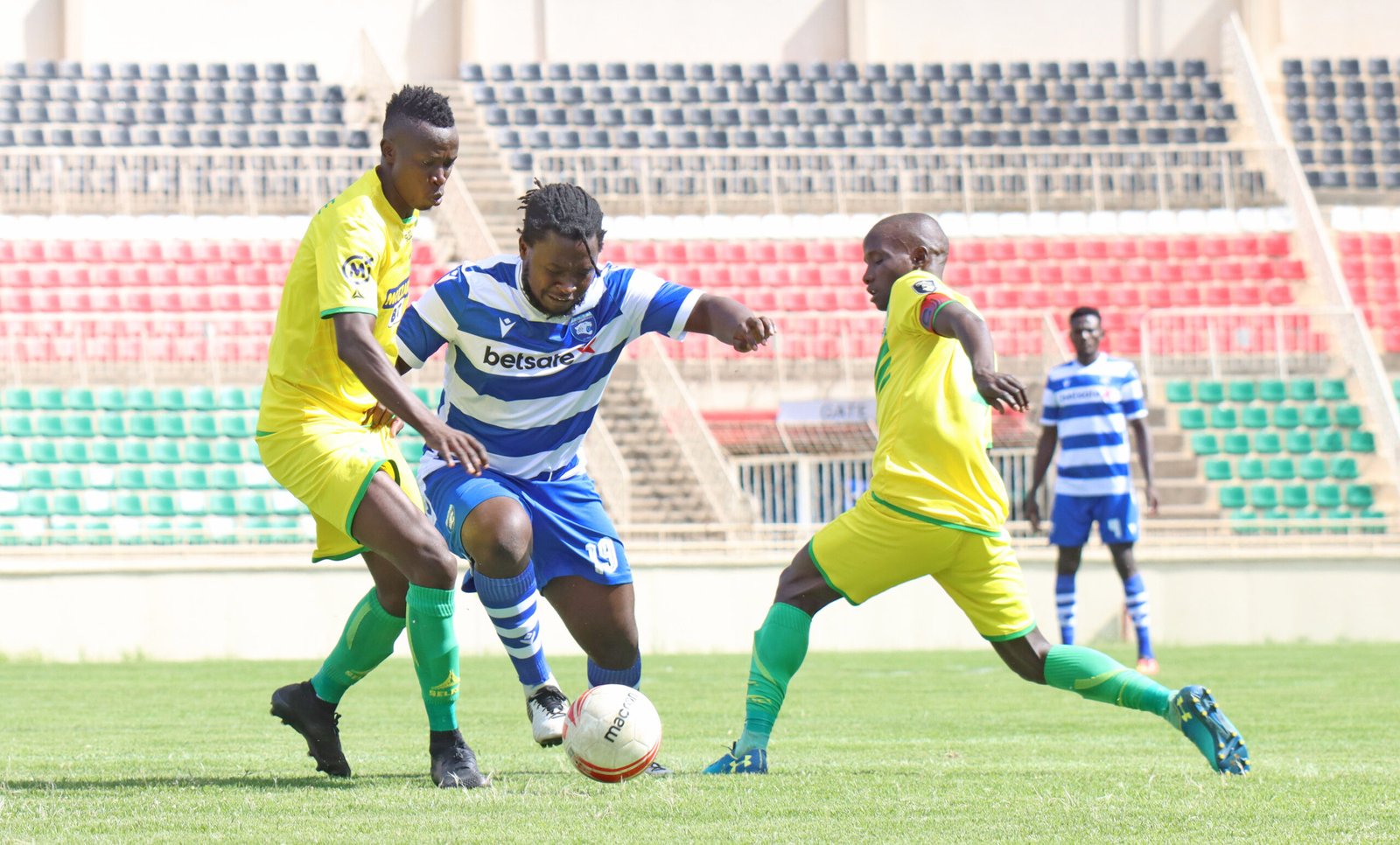 Yema Mwamba scored the equalizer as Kakamega Homeboyz twice came from behind to play to a 2-2 draw with AFC Leopards at the Nyayo National Stadium on Thursday to remain top of the FKF Premier League standings.

“I think I am happy with what I have seen today with this young team. We were here to fight and show that we can play good football. On the pitch today was one team trying to put the ball on the ground and play good football and the other was playing long balls,” AFC coach Patrick Aussems beamed. 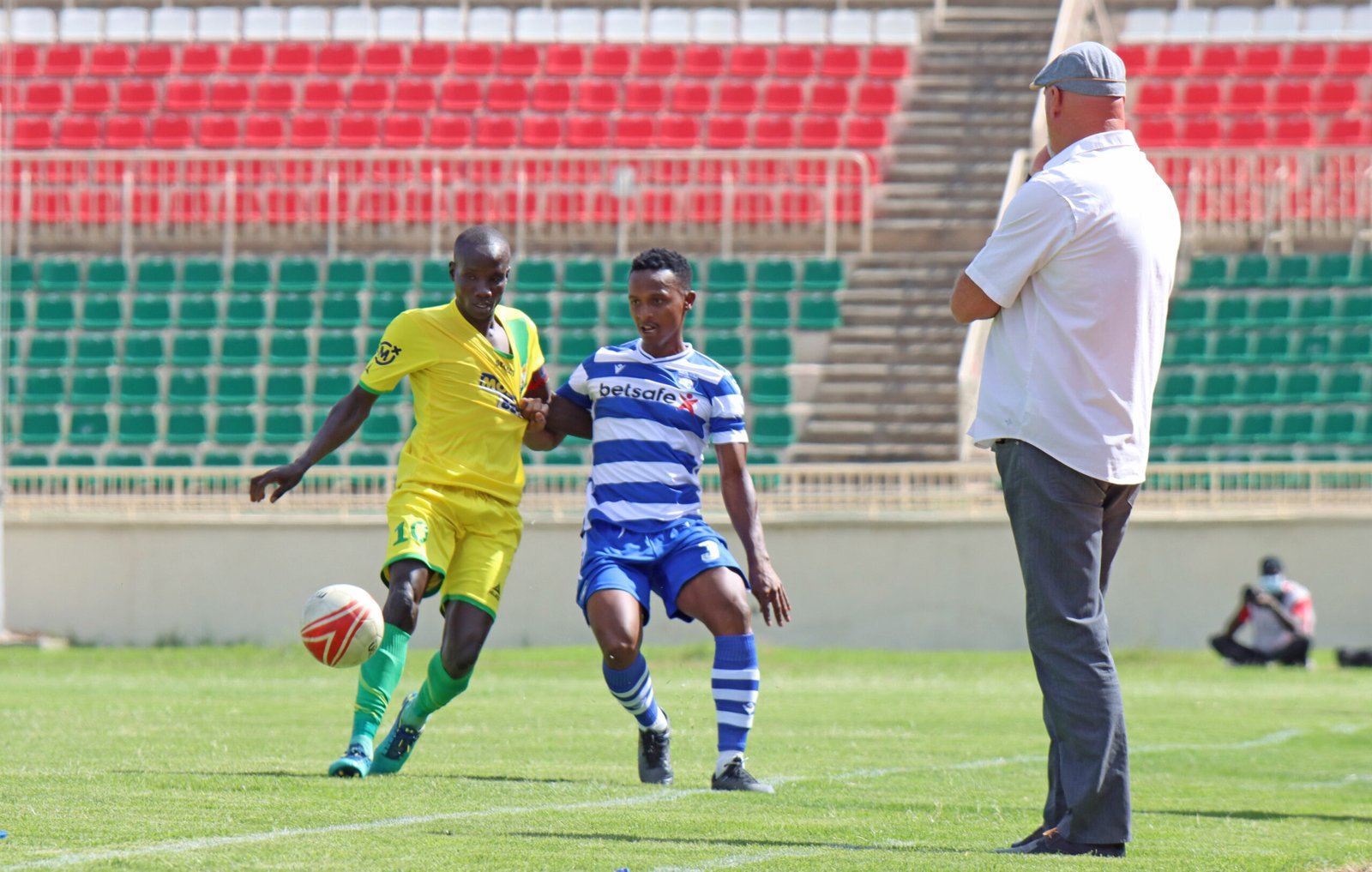 He added; “We played well but our shortcoming was that we were never aggressive enough on the crossballs. But I think today we played well against the team top of the table and if anyone would watch they wouldn’t tell the difference,” the tactician further stated.

In the opening minutes, it was the league leaders who bossed the chances and had several clear opportunities to break the deadlock. A good passing move by Homeboyz saw Karamor storm into the box, but the execution of his shot was awry, going wide.

They came inches close in the 11th minute when Brian Eshihanda took a low grass cutter off a freekick at the edge of the box, but a little deflection on the wall took it inches wide with AFC keeper Levis Opiyo at full stretch.

AFC’s first chance of the game came in the 27th minute when burly Nigerian striker Fasamni Ojo picked up a flicked ball from Marvin Odhiambo, but his left footed shot was wide. 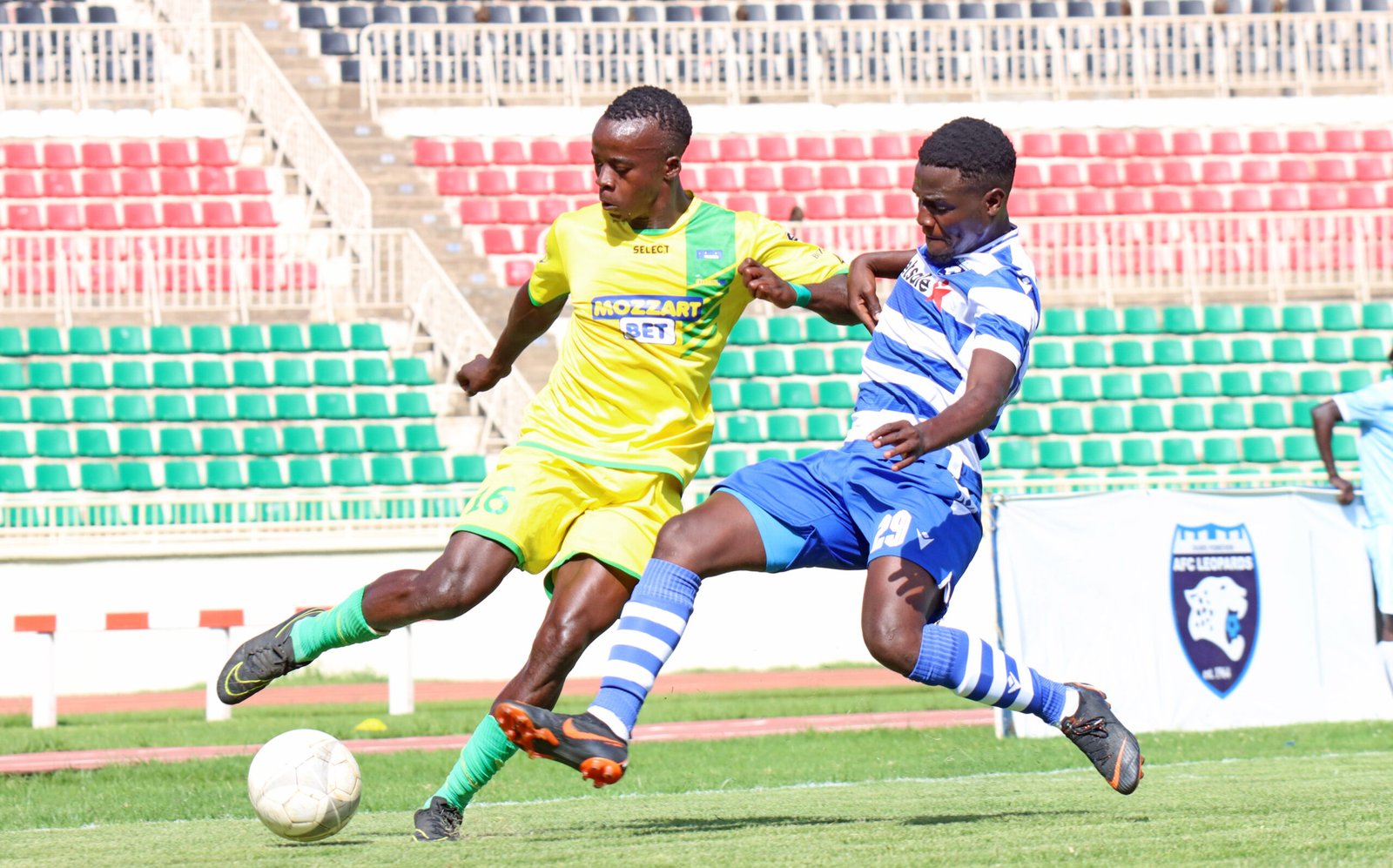 But seven minutes later, the Nigerian created the opening goal. He took on a run on the right before his shit at goal was saved by the keeper. However, Wanyama was at the right place at the right time, picking up the spills to slam the ball home from close range.

Ojo almost made it 2-0 six minutes later when a snap shot from distance caught keeper Geoffrey Oputi flat footed, but lucky for him the stinging effort could only land on the advertising boards.

But, Leopards’ rise in the game was nipped in the bud a few minutes to halftime when Homeboyz drew level, Karamor beating Prince Ayeko to a header inside the box to meet up a Stephen Opoku cross from the right.

Coming off the break tied at 1-1, Leopards seemed to want it more after the restart and they went ahead in the 56th minute through Mukangula.

The midfielder tapped in at the back post after Leopards had broken away quick, the ball being played to Maxwell Otieno on the right before he hit a well diced low cross into the box that Mukangula gleefully turned home. 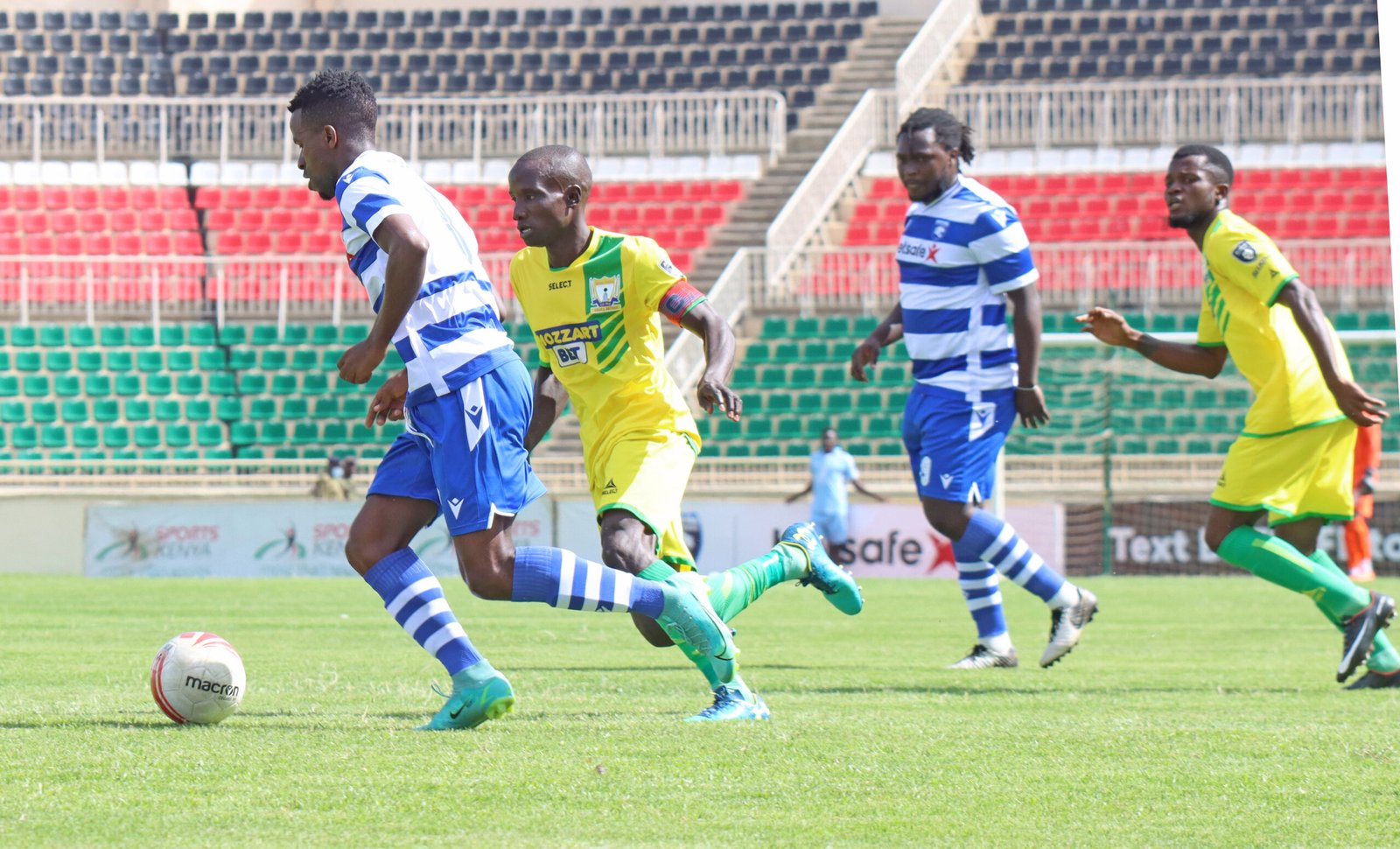 Homeboyz would however not go down without a fight and they earned the equalizer in the 76th minute of the game, Mwamba sneaking in at the near post to flick the ball home from Moses Mudavadi’s cross.

A similar move a minute after the restart almost saw Homeboyz take the lead for the first time in the game, but this time his flick, under pressure from Joachim Oluoch, went wide.

Both teams threw in a fight for the remaining quarter of an hour as each tried to sneak in a win. On one end, Brian Eshihanda should have done better with a lone header unmarked inside the box from an Eston Esiye freekick, but he headed over the bar.

On the other end, Wanyama came close to completing his double when he picked the ball from distance and with acres of shooting space ahead of him went for a belter, but it greased the outside of the crossbar and over.

The draw on the road now leaves Homeboyz top of the pile with 25 points four ahead of second placed KCB who play on Thursday. Leopards move a spot up to 13th with 10 points.

In other results from matches played on Wednesday, Bandari beat Ulinzi Stars 1-0 in Mombasa to put away a run of four draws in a row, Kariobangi Sharks played to a 1-1 draw with FC Talanta at Kasarani while in Kakamega, Vihiga Bullets’ search for a first win of the season ended in futility after losing 2-0 to Sofapaka.