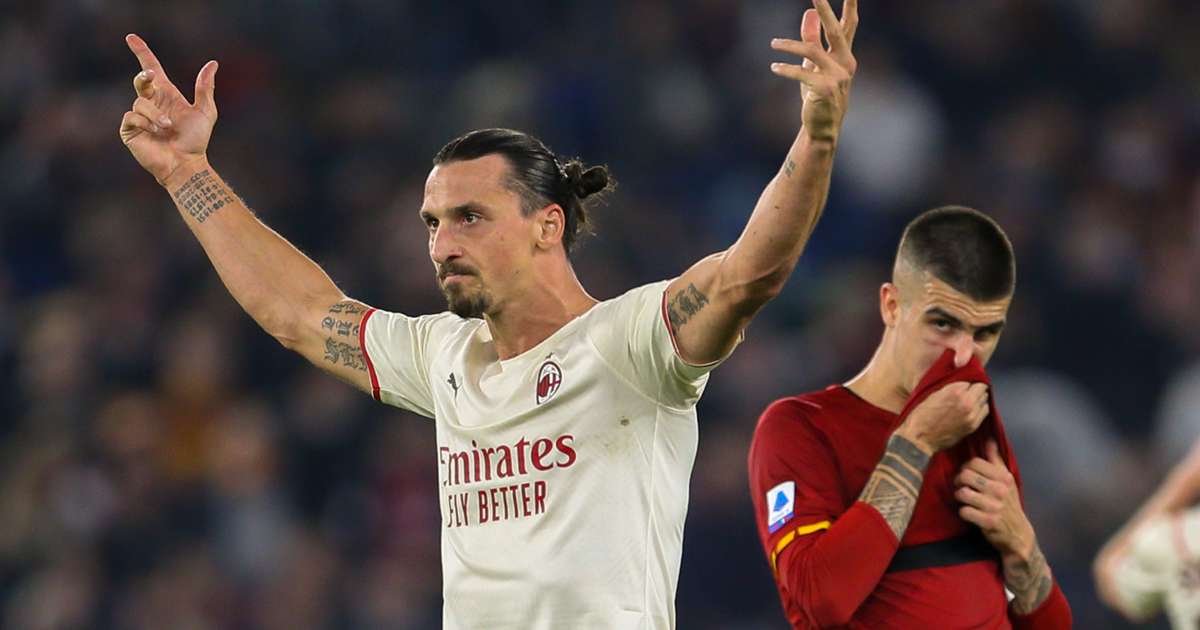 Zlatan Ibrahimovic scored a stunning free-kick for his 400th career league goal as AC Milan beat Jose Mourinho’s Roma 2-1 to keep pace with Napoli at the top of Serie A after nine rounds of matches.

This loss now means Mourinho has lost a home game in Italy for the first time, while the visiting Rossoneri made it seven league wins in a row.

The hosts made a bright start but Stefano Pioli’s Milan soon took a stranglehold on the game, with Ibrahimovic at the centre of most of their good work and opening the scoring after 25 minutes of play. 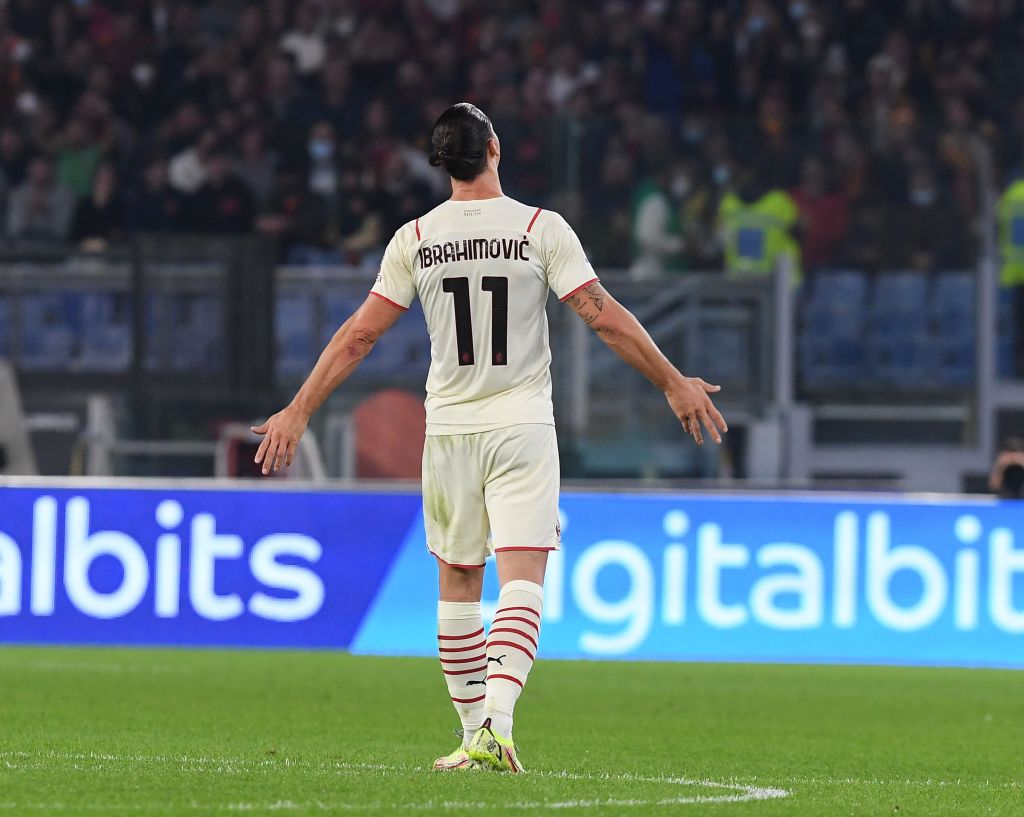 AC Milan forward Zlatan Ibrahimovic scored a stunning free-kick to put Milan ahead against Roma in a Serie A meeting on Sunday 31, October. | PHOTO: Getty Images |

Milan were too strong for Mourinho’s side, and a second-half penalty from Franck Kessie secured the points for the visitors, despite them going down to 10 men when Theo Hernandez was sent off. A late reply from Stephan El Shaarawy mattered for very little.

Ibrahimovic gave the visitors the lead when he fired a free-kick low and hard past Roma shot-stopper Rui Patricio.

Milan thought they had doubled their advantage on two separate occasions as Rafael Leao and Ibrahimovic had goals ruled out for offside after a VAR check.

The away side were then awarded a penalty early in the second half after Roger Ibanez brought down Ibrahimovic, which Kessie duly dispatched to put the visitors two to the good.

Milan lost Hernandez to a red card in the 66th minute after his second booking of the contest. The Giallorossi then pulled a goal back in stoppage time when substitute El Shaarawy fired past Ciprian Tatarusanu.

But Milan, who have won more Serie A matches against Roma than against any other side (77), held on to secure the win and the 10th victory from their opening 11 games. 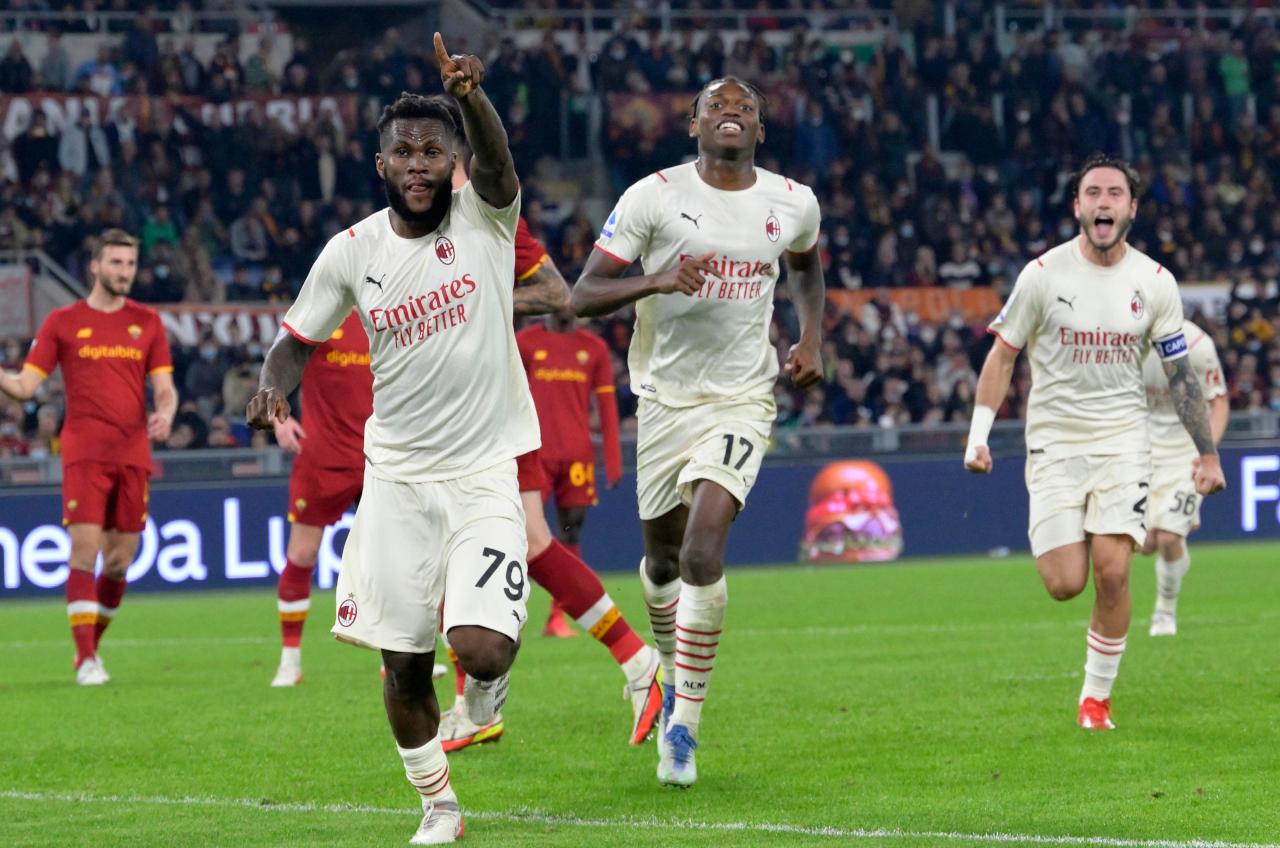 AC Milan midfielder celebrates after dispatching a penalty to make it two for his side against AS Roma in a Serie A clash on Sunday, 31 October. | PHOTO: Marca |

With this win, Milan remains neck and neck with fellow pacesetters Napoli after Luciano Spalletti’s men won 1-0 at Salernitana earlier on Sunday.

Ibrahimovic’s staggering free-kick brought up another landmark for the veteran Sweden international. His first league goal was netted on 30 October 1999, when 15 percent of the players with at least one match in Serie A this season had not yet been born.

The former Manchester United and Barcelona forward has also now scored 11 goals against Roma in Serie A, more than he has against anyone else in top-flight football.

Roma forward Tammy Abraham was ready to write the headlines as he came up against his childhood friend and former Chelsea team-mate Fikayo Tomori, but it was the Milan centre-back who came out on top in Rome.

Abraham struggled to impose himself on the game during his 63 minutes on the pitch, managing only 18 touches, not winning any of his four duels, and having just one shot on goal.

Both teams will be back in action in midweek. Roma host Bodo/Glimt in the Europa Conference League on Thursday, looking for write off and revenge on their 6-1 thrashing in the reverse fixture, a couple of weeks ago. Milan, who have lost all their opening three matches in the Champions League will host Porto in the competition on Wednesday.