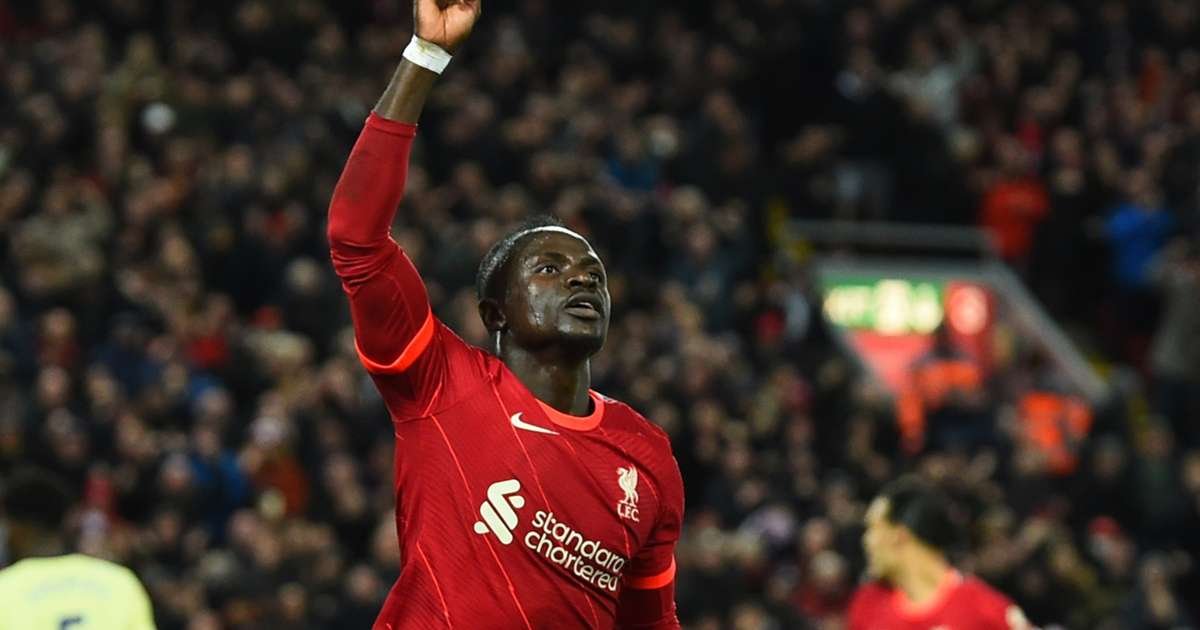 Arsenal’s unbeaten streak came to a shuddering end as Liverpool cruised to a thumping 4-0 victory at Anfield in what has become an annual loss for Arsenal at Anfield.

With Liverpool losing to West Ham last match week before the international break, Arsenal went into Saturday’s match holding the longest unbeaten run of any side in the Premier League, but their streak was ended in emphatic fashion.

Sadio Mane put Liverpool ahead in the 39th minute, with Diogo Jota capitalizing on Nuno Tavares’ error to double the lead.

Aaron Ramsdale did his best to keep the score down but in form winger, Mohamed Salah got in on the act before substitute Takumi Minamino scored within 56 seconds of coming on to add further gloss to a win that sends Liverpool second behind Chelsea with four points after 12 matches. 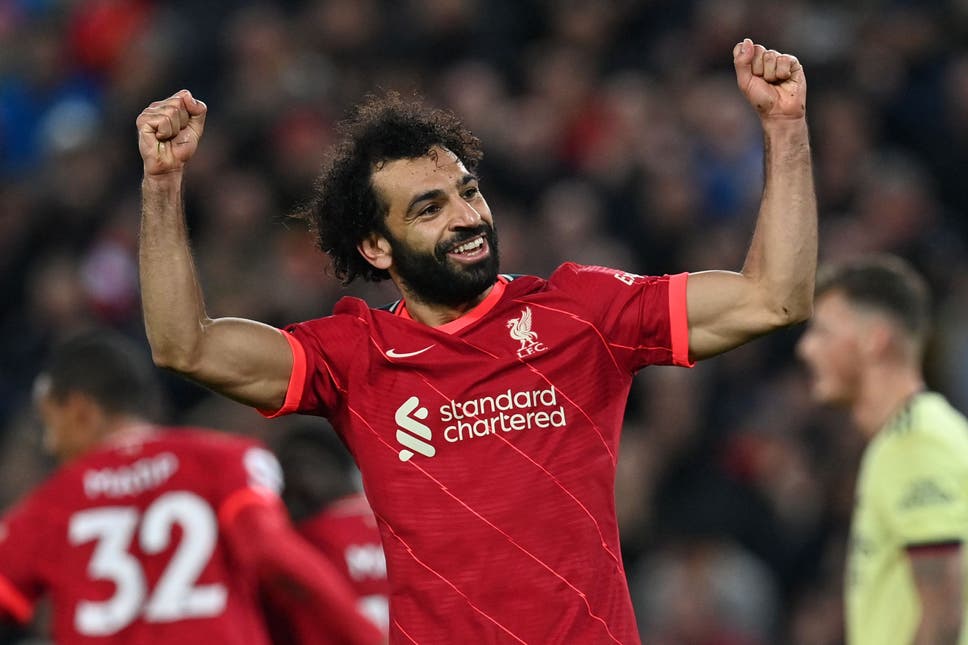 It took a touchline fracas that resulted in both managers being booked to spark the match into life, shortly after Alexandre Lacazette had a goal rightly disallowed for offside.

That incident seemed to fuel Liverpool’s fire and Salah should have opened the scoring but instead directed a close-range attempt at Ramsdale, who subsequently flicked over Trent Alexander-Arnold’s shot.

Yet the pressure finally told when Mane met Alexander-Arnold’s brilliant free-kick, with Ramsdale unable to keep the header out despite getting a hand to it.

Liverpool’s second was Arsenal’s error. Left-back Tavares’ dreadful pass across his own box fell to Jota, who coolly rounded Ben White and Ramsdale to slot home.

Ramsdale denied Jota a second before the hour, lunging bravely at the forward’s feet after Salah’s wonderful first-time pass, before making a fantastic save from the Portugal international in the 68th minute.

But Arsenal’s run of conceding at least three goals at Anfield was extended to six league matches when Salah fired in from Mane’s cross, with Minamino then prodding in with one of his first touches to round off the scoring. 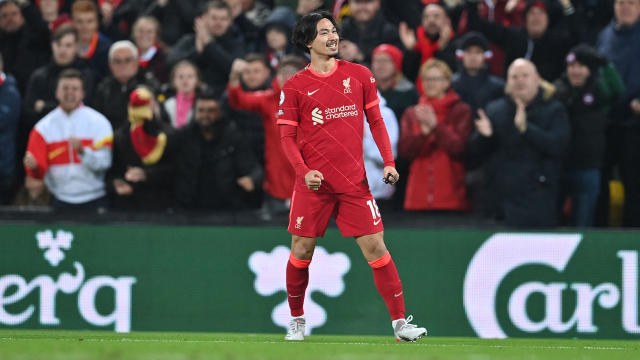 Arsenal’s previous defeat was the 5-0 hammering at Manchester City, and despite their form since that loss, Liverpool served up a reminder of just how big the gap is between the Premier League’s leading lights and the chasing pack.

Yes, all of City, Chelsea, and Liverpool have slipped up recently, but as far as title contenders go they are way out in front on their own. As Salah tucked in Liverpool’s 100th Premier League goal against Arsenal, it was difficult to imagine the gulf in quality between these two sides has ever been quite so prominent.

Only against Crystal Palace (13) has Mane scored more Premier League goals than he now has against Arsenal as he now has eight goals against the North London side, with the Senegal star finding the net in five of his six such games at Anfield.

Jota also loves going up against the Gunners, with his strike his fifth goal against them, more than he has netted against any other team.

It seemed a brave decision from Mikel Arteta to play youngster Tavares at left-back, up against Salah and Alexander-Arnold, despite having Kieran Tierney available, and it is safe to say it did not pay off.

Tavares’ performance will be remembered for his avoidable mistake for Liverpool’s second goal, but he was run ragged all match, with Salah reveling in the space he found, having a game-leading four attempts, while Alexander-Arnold joined in the fun, creating a game-high four chances.

Already sure of their place in the last 16, Liverpool host Porto at Anfield in the Champions League on Wednesday, 24 N0vember. Arsenal hosts Newcastle United to Emirates Stadium in their next outing in the Premier League next Saturday.