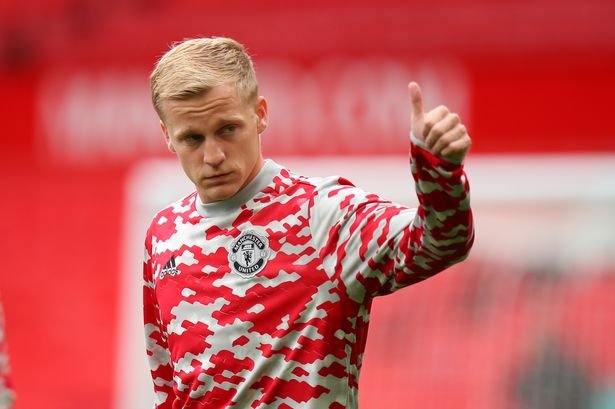 A talented midfielder in the game is warming benches at Old Trafford, despite Manchester United woes at the Midfield the Dutchman is having a difficult time at Man United. In most instances, he has been an unused substitute and at one point he was filmed expressing his frustrations.

And as Manchester United tribulations continue with Ole on the wheel, Donny Van de Beek continues to struggle too, with several reports hinting of a move away from the Manchester club.

As Sir Alex Ferguson used to say, Manchester United and Donny are entering the “squeaky-bum” time and a decision over the player’s future will surely be made ahead of the January window.

The former Ajax star has been more or less ostracized by Ole Gunnar Solskjaer at Old Trafford and with the club looking to make some big signings to get their season back on track, selling the troubled midfielder seems like an obvious solution.

Since making the move to the club in 2020, Van de Beek has managed just 44 starts for Man Utd and has averaged just 24 minutes per appearance for Solskjaer’s side.

As such, he’ll likely be heading off as soon as possible. But where will the Man Utd player end up?

We have compiled several clubs that are reportedly interested.

Juventus have been linked with a move for Van de Beek by Calciomercato, pointing out that they were interested in the player in 2019, a year before he left Ajax for Man United.

Monaco’s Aurelien Tchouameni is regarded as their first choice in the centre of the field, but Van de Beek could offer a cheap alternative for a team strapped for cash. Centre-back Matthijs de Ligt is a friend of Van de Beek’s and could be leverage to get him to leave Man United for Juventus.

Everton is a side that hunted Van de Beek in the summer and came very close to signing him. Indeed, the only reason that the Dutchman remains at Man United is that Solskjaer persuaded him to stay with the club.

The Toffees may not have the cash to spend, but a loan deal could suit all parties. Manchester United, after all, could get a greater fee for the player should he succeed at Goodison Park in a style similar to Jesse Lingard’s excellent West Ham loan last season.

With Rafael Benitez getting the most out of his team at the moment, this appears a good option, in the short term, at least.

The Spanish giants may have only signed Eduardo Camavinga in the summer but further midfield investment may be needed to keep Carlo Ancelotti’s side from faltering in the second half of the season. 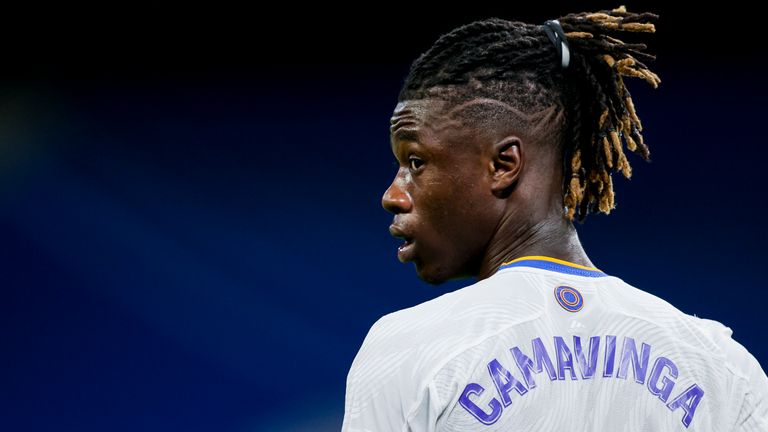 According to sports journalist Fabrizio Romano, Madrid hasn’t been offered the opportunity to sign Van de Beek just yet, but is certainly one of the many interested parties going into the January window.

Another option in Serie A are the champions Inter, yet their cash-strapped status means that there is no guarantee they could afford a move.

Indeed, it is suggested that they may only be interested in a loan deal with a right to purchase. This is unlikely to be the type of deal that interests Man United while there are cash buyers on the market.

Inter do, however, have the advantage of not being a direct rival to Man United.

So signing anyone is a long shot for Barcelona right now given their finances, but Van de Beek is a player doubtless on their radar, not least because of the strong Dutch influence at the club presently.

In order for a deal to even stand a chance of going through, Barca will have to offload players. Samuel Umtiti who has had difficulty with sacked Koeman it is still not sure whether he will be granted a chance under new coach Xavi whether he will remains to be seen.

Reports rather continue to suggest that Barca wants to sell Frenkie De Jong.

The evidence of the summer suggests it is a long shot, Barca is under financial crisis and a move for Donny Van de Beek could only be possible on loan or rather offloading some of their unwanted players in the dressing room to register the former Ajax star.