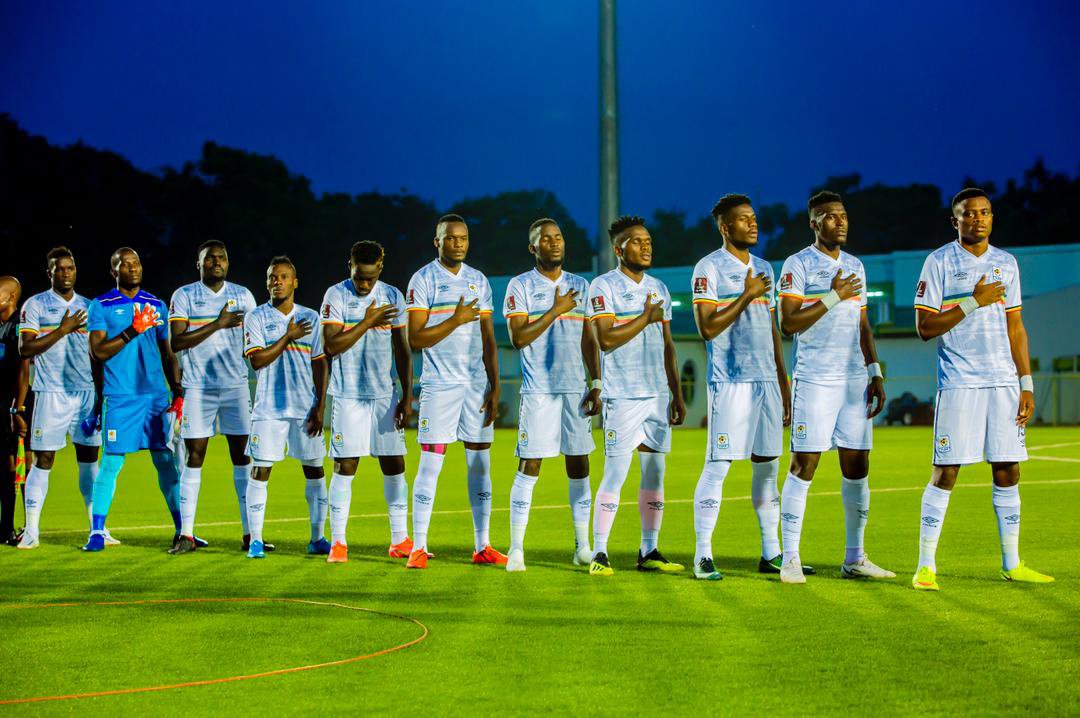 Uganda Cranes picked their first 2022 FIFA World Cup qualifier victory after a solitary goal win over Rwanda in an East African derby at the Stade Nyamirambo in Kigali on Thursday.

Fahad Bayo struck four minutes to half time to hand the Uganda Cranes victory and a move to five points in Group E. The Ugandans made the most of their best chance of the match in a game that ddn’t have many open scoring opportunities.

The lanky striker stretched his boot to guide the ball home after the Rwandese defense and goalkeeper Emery Mvuyekure struggled to clear away a freekick inside the box.

With only one point from their draw with Kenya’s Harambee Stars, Rwanda were in desperate need for a win to boost their hopes. They started by commanding possession but could only afford half chances.

Jacques Tuyisenge saw a header go just wide in the box while York Rafael volleyed over from inside the box after a good move from the Rwandese.

Going to the break trailing by a goal, Rwanda needed an answer in the second half. They made changes adding more speed in the attack and this did much to open up opportunities but the Amavubi were disappointing in their execution. 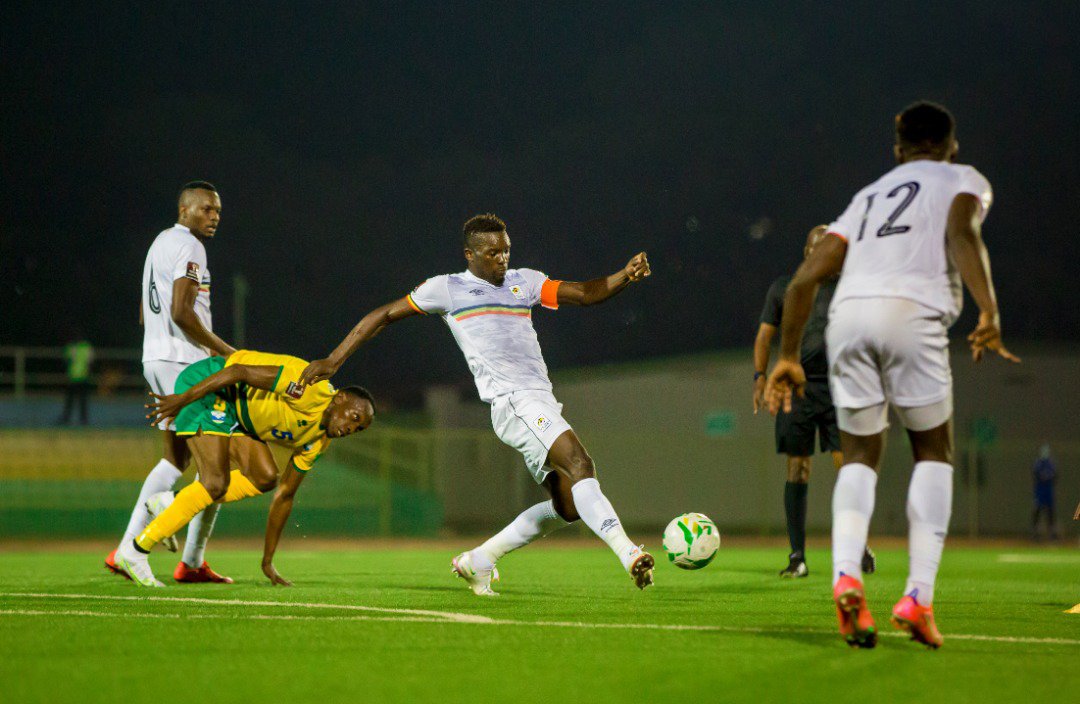 Haruna Niyonzima completely miscued a shot inside the box from a cutback while Kevin Muhire shot over from the edge of the area.

Elsewhere in Lagos, Karl Namnganda came off the bench to score a 90th minute winner as the Central Africa Republic stunned Nigeria’s Super Eagles at home, beating them by a solitary goal.

The Nigerians were utterly dominant at the Teslim Balogun Stadium in Lagos, but were hurt by a devastating counter attack at the stroke of 90 minutes.

Off a long ball, Namnganda sped off and battled two defenders, Leon Balogun falling on his way before the CAR striker fired low past the keeper.

The Super Eagles will have themselves to blame having dominated the match and played literally three quarters of the match in CAR’s half, but they could not find the killer instinct for a much needed goal.

The Nigerians had lots of chances to get ahead. 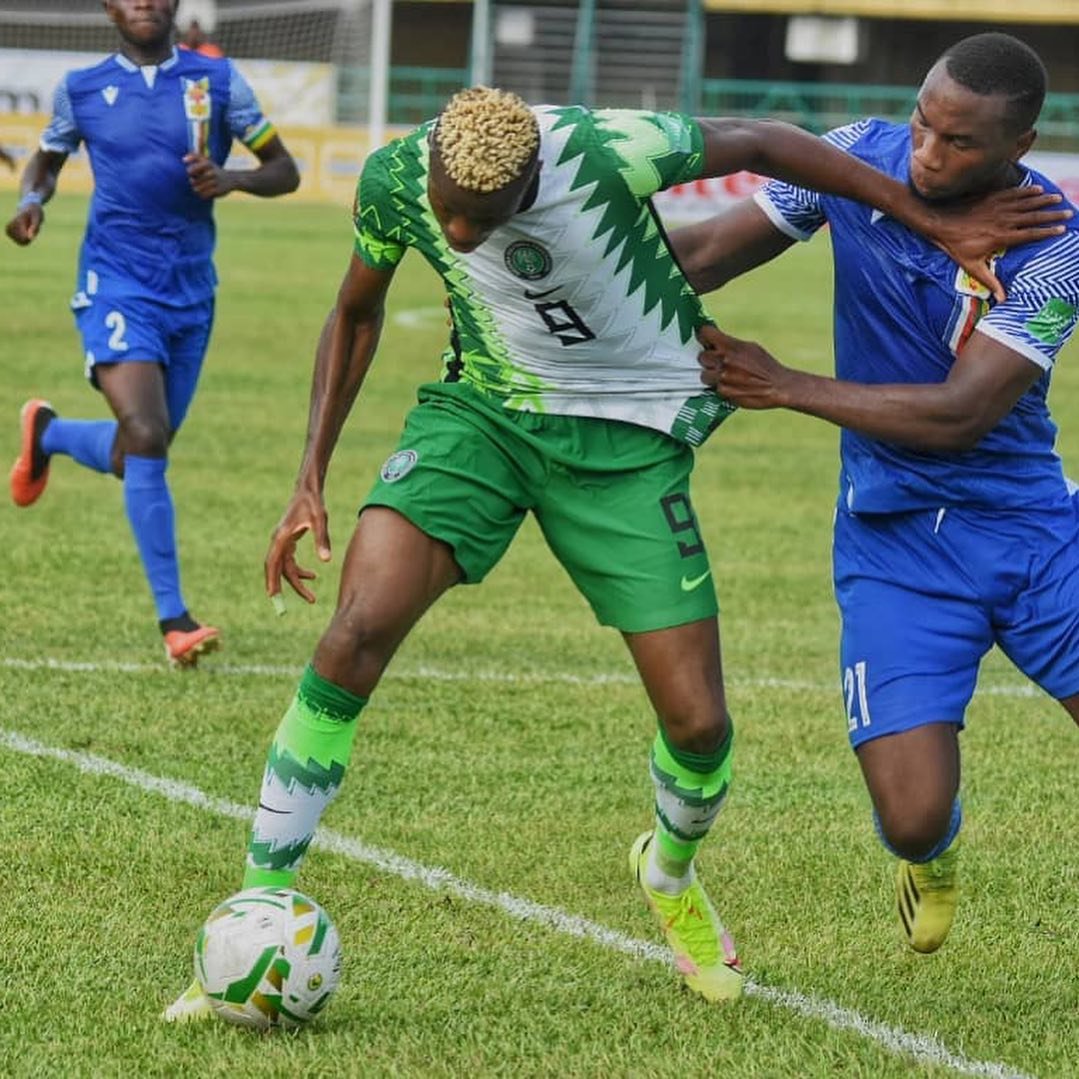 In the 33rd minute, Kelechi Iheanacho came very close when he turned on his favourite left boot, but his curling effort skipped just wide.

In the second half, the Nigerians continued their dominance. In the 52nd minute Osimhen was denied by the bar after striking low inside the box while substitute Taiwo Awoniyi saw his follow up effort deflected for a corner.

CAR had a rare chance in the 64th minute but Nigerian keeper Francis Uzoho who had been idle all game made a decisive save to deny Namnganda with his feet.

Nigeria continued to pile the pressure with Osimhen having two chances, first heading just wide from a cross while in the 84th minute, he swung a volley inches over.

Despite the result, Nigeria remains top of Group C with six points while CAR climb up to third with four points, same as second placed Cape Verde who had earlier come from behind to beat Liberia 2-1.

In another matches, Equatorial Guinea moved to second in Group B after beating 10-man Zambia 2-0. Saul Basilio Coco-Bassey Oubina gave the home side the lead after 35 minutes, 10 minutes after the Zambians were reduced to 10 men.

The visitors were slapped with a numerical disadvantage after striker Prince Mumba was shown red in the 25th minute.

Equatorial Guinea used their numbers to an advantage and cemented the win with an 87th minute second goal scored by Emilio Nsue.