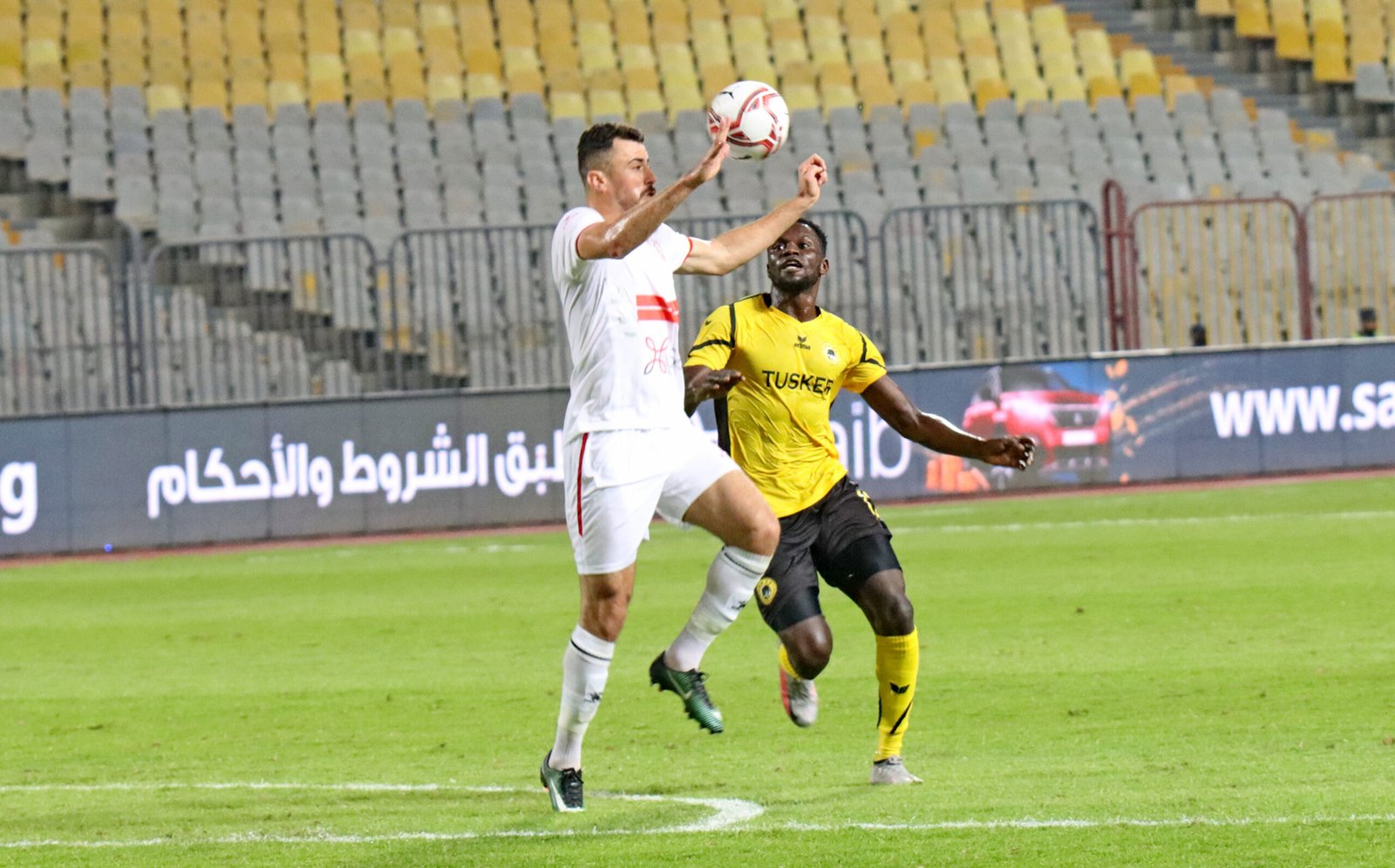 Tusker suffered a 4-0 thrashing at the hands of Egyptian giants Zamalek SC at the Borg El Arab Stadium in Alexandria on Friday, to bow out of the CAF Champions League with a 5-0 aggregate score.

While Zamalek proceed to the group stages of the competition, the Kenyan champions drop to the CAF Confederations Cup where they will contend in the play-off round for a place in its group phase.

Ibrahim Morsy Fayed scored twice for the White Knights with Achraf Bencharki and Seifeddine Jaziri scoring one each in the huge victory.

“Our players have now looked at themselves and seen where they are. We have seen what we need to do to bridge the gap and this has been a tough learning curve. We now have to focus on the league and the Confederations Cup and hopefully we can give a fight there,” said Tusker FC coach Robert Matano.

The brewers started the match badly and had to make a change just three minutes into the game. Charles Momanyi who had started as part of a back five had to be stretchered off after a collision and was replaced by Humphrey Mieno. 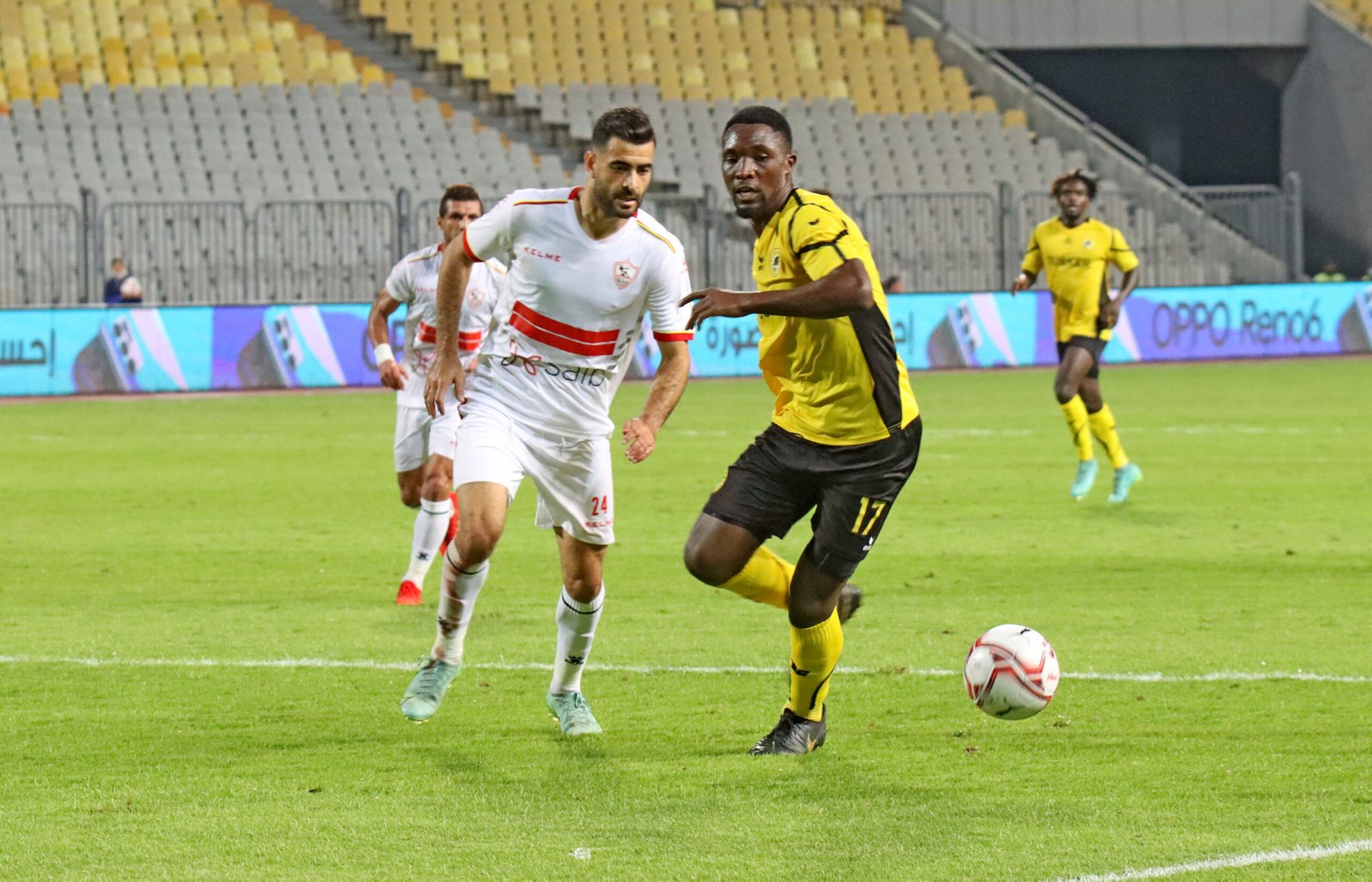 Tusker FC’s Ibrahim Joshua vies for the ball with a Zamalek opponent during their CAF Champions League match in Alexandria on October 23, 2021

And the brewers found themselves a goal down after 10 minutes off a mistake at the back, Fayed capitalising and heading the ball home. Keeper Patrick Matasi collided with his own player as he went out to claim a cross, the ball falling kindly to the Zamalek midfielder to head home into an empty net.

Zamalek then made it 2-0 in the 18th minute when Jaziri headed unmarked inside the box after Tusker had lost possession in midfield, the ball being played out wide on the right for a floated cross.

With an early 2-0 lead, Zamalek were comfortable and passed the ball around with ease. Tusker tried to press better but they couldn’t provide much threat infront of goal. Deogratious Ojok and Humphrey Mieno both tried shots but went straight to the keeper while Daniel Sakari had one from distance which flew wide.

Tusker were better in the second half especially after bringing on John Njuguna and Shami Kibwana for Boniface Muchiri and Ibrahim Joshua, both who were hugeky subdued by the Zamalek backline which had picked lessons from the first leg. 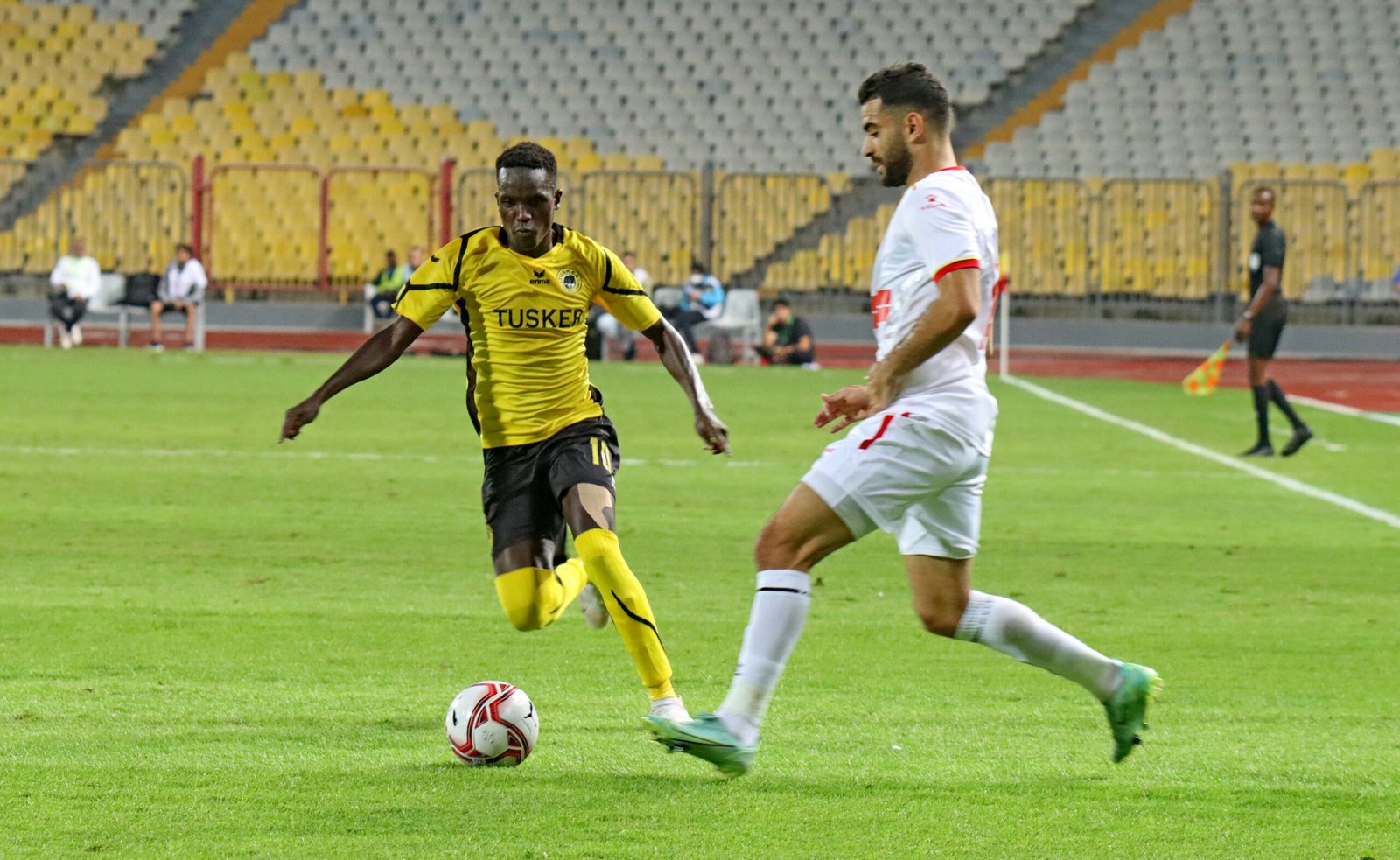 Tusker FC’s Boniface Muchiri vies for the ball with a Zamalek opponent during their CAF Champions League match in Alexandria on October 23, 2021

Njuguna was using his pace well on the left and his cross was nodded down in the 61st minute by Ojok, but Mieno’s volley from the edge of the box went over. The winger came close again when he drove into the box, but his shot was straight at the keeper.

In the 68th minute, Njuguna set up Ojok at the edge of the box but the Ugandan striker curled his effort wide.

For the missed opportunities, Tusker were made to pay in quick succession. Matasi was out of his line to try and make a clearance from a through ball, but he was dispossessed by Ahmed Mostafa who squared for Bencharki to score.

A minute later, they were 4-0 up when Ibrahim Fayed completed his brace with another simple tap in unmarked inside the box after a cross from the right.

The two goals punctured Tusker’s chase and Zamalek managed to see off the tie with ease.