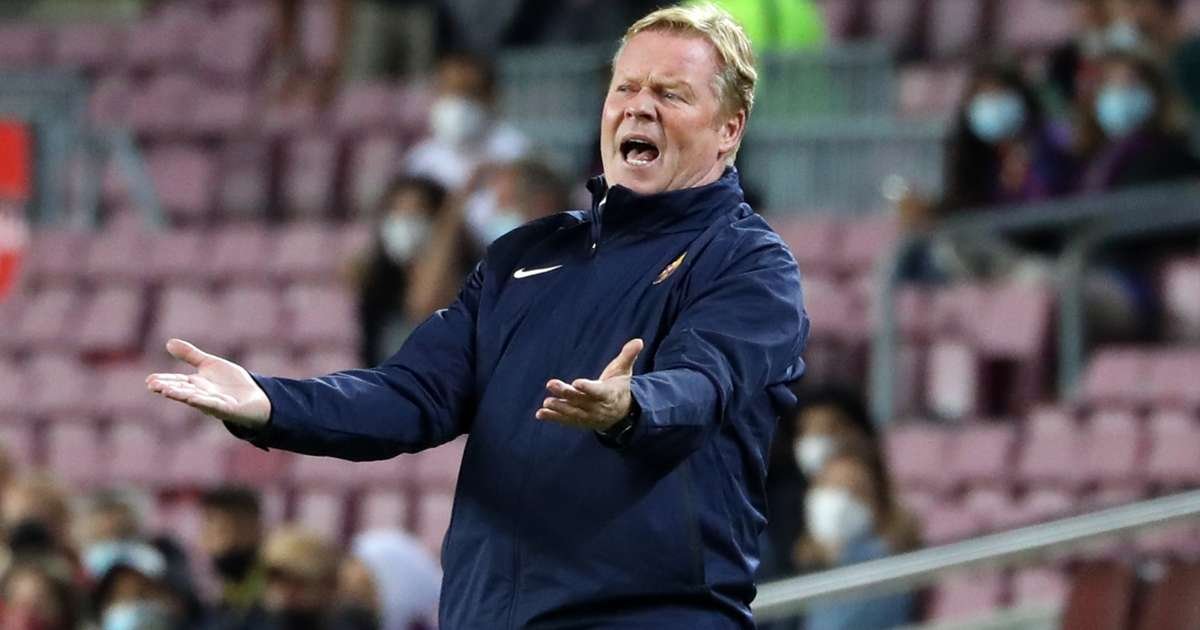 Netherlands international Ronald Koeman has been sacked as the managing head coach of Barcelona following a poor start to the season, and immediately after the 1-0 loss to Rayo Vallecano which followed a weekend’s home loss to fierce rivals Real Madrid.

A 1-0 loss at Rayo Vallecano on Wednesday proved too much for the Camp Nou hierarchy, who called the shots on Koeman’s reign at the Catalan club.

The former Bayern Munich manager was brought in to replace Quique Setien in August 2020 and led Barca to Copa del Rey’s success in his first season, although they finished third in LaLiga and suffered a Champions League last-16 exit, as well as losing the Supercopa de Espana final to Athletic Bilbao. 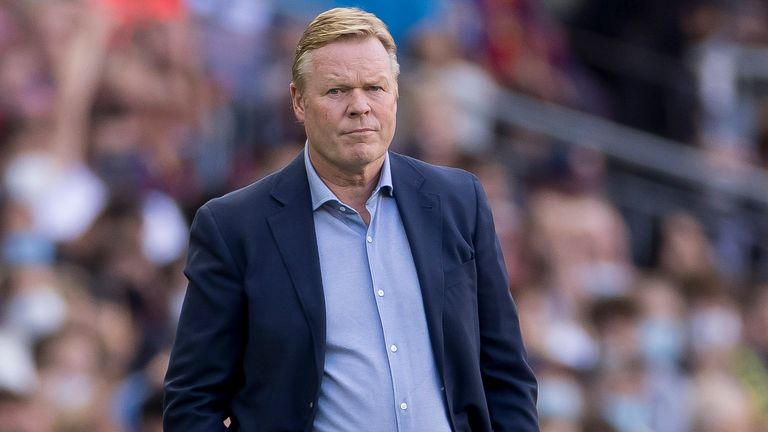 The hope was that Koeman. a former Barcelona player himself could steady the ship in the face of the various financial challenges that were affecting incomings and outgoings at Barca, but after winning just 39 of his 67 games in charge, the former Southampton, Everton, and Netherlands boss was relieved of his duties.

A total of 12 draws and 16 defeats during Koeman’s 14-months at the club, with 138 goals for and 75 against, was ultimately not good enough, but was it all bad? SportsLeo takes a closer look at the numbers behind his short but troubled reign.

Of all the managers to take charge at the La Liga giants since the departure of Pep Guardiola in 2012, Koeman had the lowest win percentage with 58.2 percent, with the next lowest being his predecessor Setien who had 64 percent win rate, who himself only lasted 25 games in the hot seat.

Since the departure of the current Manchester City boss, Koeman is also the only Barca boss to average fewer than two points per game in LaLiga averaging 1.96 Points Per Game (PPG), again comfortably behind the next worst in Setien (2.21 PPG).

There was also an undoubted, yet somehow understandable over-reliance on club legend  Lionel Messi. The club’s greatest ever player shocked the world when he left for Paris Saint Germain in the summer, but it was no shock to discover that prior to his departure, he had been holding the team up almost single-handedly especially since Koeman took over the managerial position.

Despite leaving in the summer, Messi has still scored almost twice as many goals as any other Barca player during Koeman’s time as the head coach with the Argentine scoring 38 goals, and has created more chances than anyone else (117), has taken more than twice as many shots as anyone else (271) and is still joint-second in assists (12), behind only wingback Jordi Alba (15).

Barcelona club legend Lionel Messi left the club in the summer to join Ligue 1 side PSG and was a significant figure in Ronald Koeman’s tenure. | PHOTO: Getty Images |

The five times Champions League winners were unable to hit the target in the first half against Real Madrid or Rayo Vallecano, which is just the second time in the last 19 LaLiga seasons they have done so in consecutive games.

During Koeman’s reign, Barca dropped 12 points from winning position in LaLiga – only Frank Rijkaard (29) and Ernesto Valverde (26) had poorer records in that regard.

Barcelona is also winless in their last four away trips in LaLiga drawing two and losing two, failing to score in the last three – they have failed to score in three league away games for the first time since February 2003 (3).

The Positive factor under Koeman

Well, under Koeman, Barca did gain 24 points from losing positions in LaLiga – only Valverde (48) and Rijkaard (43) won more.

While reliance on Messi last season was clear, Barca actually coped well on the rare occasions they were without their talismanic figure.

While his hand may have been forced, Koeman has also given plenty of chances to promising stars of Barcelona’s future, in particular overseeing the emergence of Spain’s midfielder Pedri.

The 18-year-old midfielder was the fourth most used player in Koeman’s tenure, playing 56 games, behind only Sergio Busquets (63), Frenkie De Jong (62), and Jordi Alba (57). The former Las Palmas midfielder has clearly benefited from such faith, now starring for both club and country.

Ansu Fati has played significantly fewer games under Koeman (16) but this is mostly due to an injury that sidelined him for almost a year between November 2020 and September 2021, and would no doubt have featured more otherwise, while Gavi looks to be following in Pedri’s footsteps after being given 11 opportunities by Koeman, already earning his first caps for Spain as a result. He is the youngest player to play for the country and became the youngest Clasico starter since the turn of the century when he was named in the Barca XI on Sunday, for a 2-1 defeat to Real Madrid at Camp Nou.

There have certainly been some positive factors to take home, but whoever comes in next at the Camp Nou will be hoping that the numbers will all start going in the right direction for them. Former Barca midfielder Xavi has already been contacted by the club and there is a high probability he will replace Koeman.