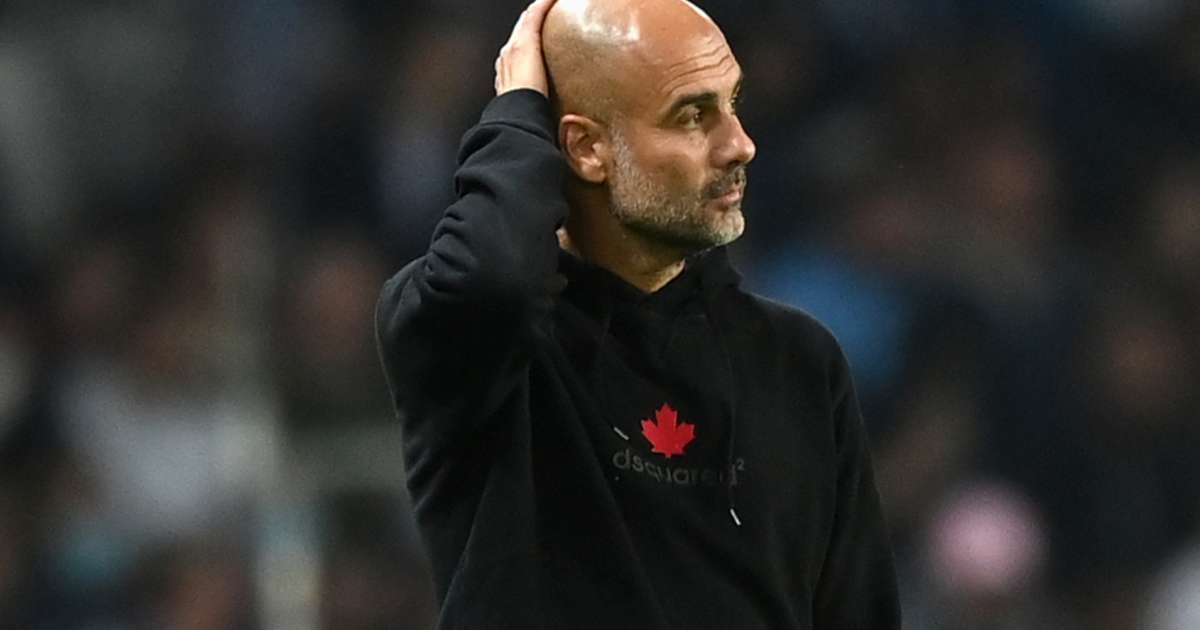 Manchester City manager Pep Guardiola was not contented with the decisions to send Aymeric Laporte off and VAR to disallow Gabriel Jesus’ goal as his side slipped to a 2-0 defeat against Crystal Palace.

Wilfried Zaha finished off an early opener before City defender Aymeric Laporte was shown a straight red card for putting the Ivory Coast forward down in a promising position.

Man City forward, Gabriel Jesus thought he had snatched an equaliser despite City’s man disadvantage, but the strike was ruled out for a marginal offside after a VAR check, and Chelsea loanee Conor Gallagher made it 2-0 late on to seal the result for Patrick Vieira’s side.

Leicester City defender Jonny Evans committed an almost identical offence to the one Laporte was dismissed for against Arsenal striker Pierre-Emerick Aubameyang earlier in the day, but was only shown a yellow card despite a VAR check.

Guardiola, who was unable to mark his 200th Premier League game with a victory on Saturday afternoon, revealed his frustration with the inconsistency of the decisions made and claimed that his team played well for long spells, despite the error that led to the opening goal.

“Many things went wrong,” Guardiola said to the press after the game. “We conceded an early goal, played a good first half but at the same time, there was the sending off and the interpretation from the referee.

“The fans were behind us but unfortunately the goal was disallowed. This afternoon, Jonny Evans with the same action got a yellow card. It is an interpretation from the referee. We made a mistake for the goal and the second one a yellow or red card it depends on the referee.

“It’s VAR. I don’t know the line. It was a yellow card in Leicester a red here. The referees are the bosses and they decide. The goal we conceded was our mistake.”

Palace manager and former Arsenal and City midfielder Patrick Vieira, meanwhile, declined to pass judgement on whether the decisions were accurate, but said that luck was necessary to overcome difficult opponents.

“I wasn’t really well-positioned to make a call [on Laporte’s red card],” Vieira told the BBC. “That went in our favour, the offside went in our favour. You need that if you want to win at City and we will take it because in the last couple of games we have not had that luck.”

The former Arsenal man and France international also hailed his side’s defensive work as a unit, while also singling Zaha out for special praise after a superb showing from the forward.

“You have to defend well and we did it,” Vieira continued. “You have to take your chances and we did it and you need a bit of luck because of the quality of their players. When you have those three aspects you have more chance but I am really proud of the way we fought. 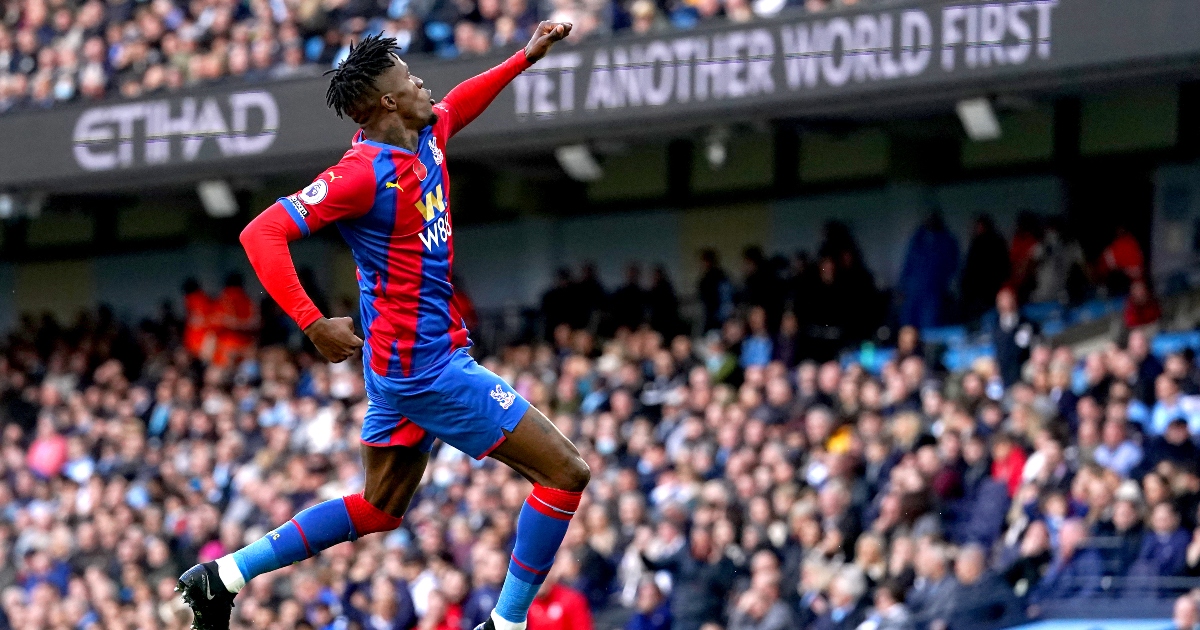 Wilfred Zaha scored the opener for Crystal Palace before being hauled by Aymeric Laporte who was shown a red card for that as Palace defeated Manchester City 2-0. | PHOTO: Getty Images |

“We could not come to a place like this and not have players taking part in the defensive work. Everyone worked really hard. When you sacrifice yourself like that you are really pleased when you get a win.

“What is important is to keep improving ourselves. This is a group that needs to play more games together and believe more in themselves. I am pleased with the step we made today. We have started to have confidence in ourselves but there is still a lot they can give.

“When Wilf is like that, taking his chances and working really hard, he is somebody who is really strong on one versus one. His personality, his character he is a winner. He worked really hard and this is what I expect and want from him.”

Man City will be in action again on Wednesday when they host Club Brugge in the UEFA Champions League before visiting fierce rivals and neighbours Manchester United on Saturday, 6 November in a Premier League clash ahead of the international break.