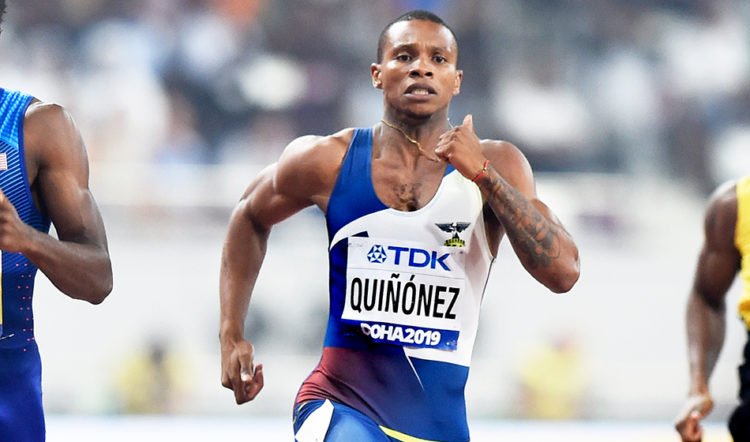 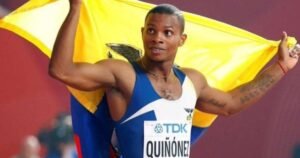 According to reports, the 32-year-old was shot to death along with another person on Friday night in a shopping area of Colinas de la Florida, in Guayaquil, which is said to be the second-largest city in Ecuador.

The Ecuador sports ministry in a statement on Twitter confirmed the dismiss of Quinonez terming him as a great sportsman.

“With great sadness, we confirm the murder of our sportsman Alex Quinonez,” the Sports Ministry announced on Twitter.

“We have lost a great sportsman, someone who allowed us to dream, who moved us….he was the greatest sprinter this country produced.”

Ecuador president Guillermo Lasso promised that those behind the killing will be found and punished.

“We offer our sincerest condolences to his family,” he tweeted.

“May he rest in peace. Those who take the lives of Ecuadoreans will not remain unpunished.”

Official figures suggest the number of murders in the first eight months of this year is double those in the same period last year.

He ran a new Ecuadorian national record of 20.28 s in the heats of the 200 meters at the 2012 Summer Olympics and qualified himself for the final. He finished seventh in the final.

Quiñónez won the bronze medal at the 2019 World Championships in the 200 meters event.

He qualified to represent Ecuador at the 2020 Summer Olympics in the 200m in Tokyo but was provisionally suspended for “whereabouts failures” less than a month before the games began.

Elsewhere Hundreds of people on Saturday gathered to bid their farewell to Agnes Tirop, who was found dead 10 days ago. 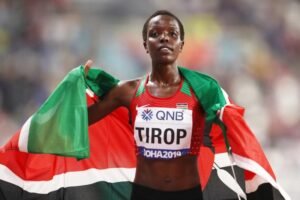 Her funeral took place the same day she would have turned 26 years old.

Tirop, who represented Kenya in the Olympic games for long-distance running, was found stabbed to death in her home 10 days ago.

Her death has highlighted incidents of violence against women in the East African country.

Hundreds of mourners gathered, among them some of the country’s top athletes.

“For us Kenyans, we have lost a hero,” said women’s 5,000-meter world champion Hellen Obiri, who had been Tirop’s mentor.
“I told her that, in 2022, she was to go and defend my titles and represent our country,” Obiri added.

Tirop’s husband Ibrahim Rotich is now in custody since last week on suspicion of murder.

The Kenyan court gave police permission to hold him for a period of 20 days to allow for further investigation. The suspect’s mental health would also be evaluated during this period.

The two are said to have shared a home in the Rift Valley town of Iten.

Tirop first came to prominence at the national level in 2012, when she was runner-up to world junior champion Faith Chepngetich Kipyegon at the Kenyan Cross Country Championships. This led to her first national selection and international medal at the 2012 African Cross Country Championships; where she was again the runner-up to Kipyegon and took the junior silver medal. She was Kenya’s most prominent entrant for the 5000 meters at the 2012 World Junior Championships in Athletics and finished with a bronze medal in a personal best of 15:36.74 minutes behind Ethiopian opposition.

The two-time world championship bronze medalist was among Kenya’s brightest rising stars, having achieved fourth place in the Tokyo Olympics in the 5,000 meters.

In her latest achievement, in September Tirop smashed the women’s world record for the 10 kilometers at an event held in Germany in a time of 30:01.