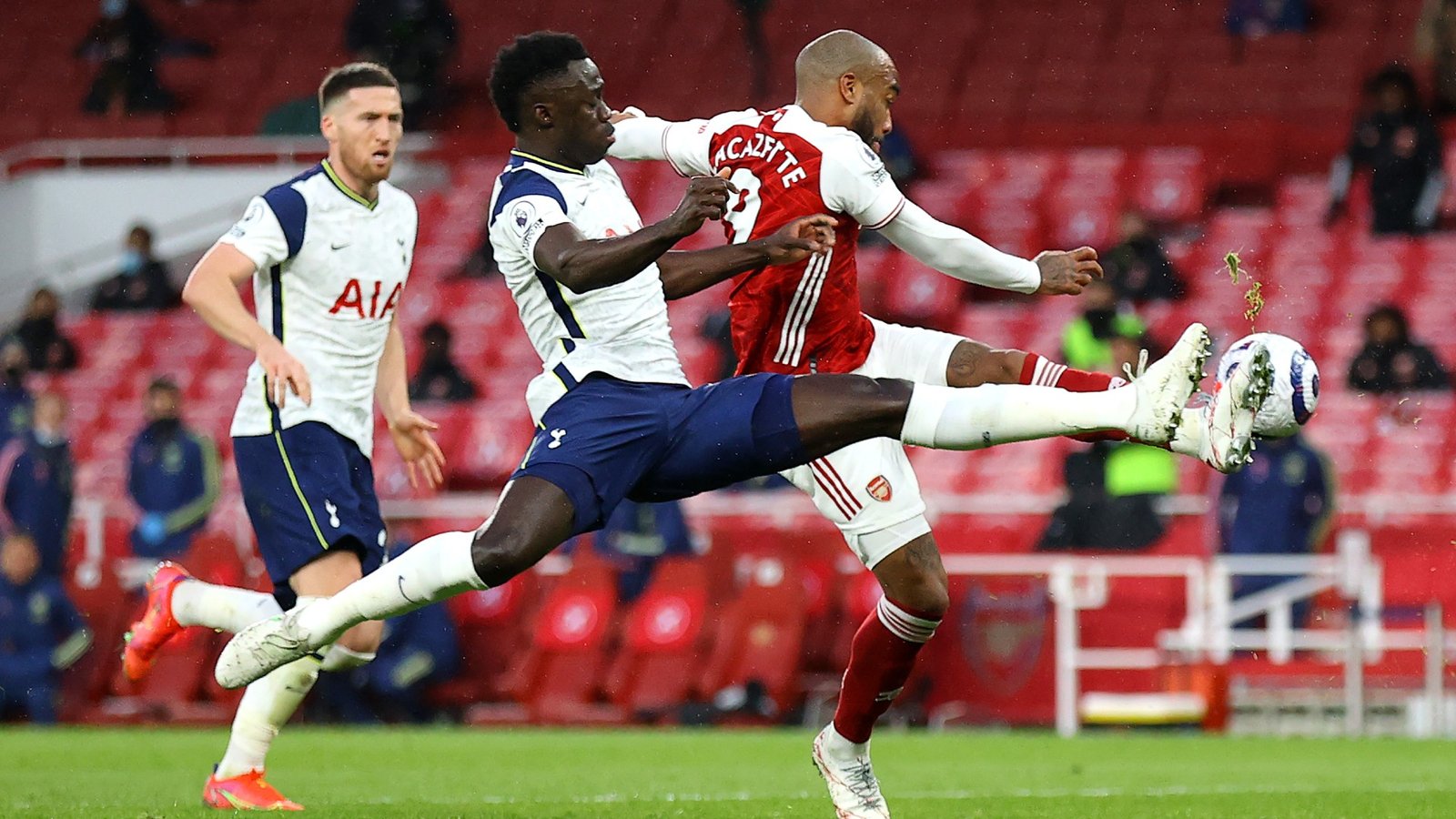 The weekend is here and every football fan is most definitely excited because weekends mean FOOTBALL. But one thing we would like you to know is that such weekends come once in a while. The action set to take place this weekend is one not to miss as we take a look here at SportsLeo.

The Premier League isn’t holding back on the top-level drama this Saturday, with a battle of the Blues in Chelsea vs. Manchester City one of two early kick-offs coming up this afternoon.

Chelsea forward Kai Havertz celebrates after scoring against Manchester City in the Champions League finals in May. The two sides meets once again this afternoon in a Premier League battle. | PHOTO: Courtesy |

The other is Manchester United‘s home game against Aston Villa, two sides that suffered defeat in the midweek round of the EFL Cup to West Ham United and Chelsea respectively.

Saturday will see seven EPL games in total, with the day, rounded off with Liverpool‘s first-ever trip to the new Brentford Community Stadium to take on Brentford who have so far enjoyed living in their first-ever Premier League season.

The Spanish La Liga: There was a rare midweek round in La Liga this week but as the saying goes, there’s no rest for the wicked, and three of the top four in La Liga all play today.

Leaders, Real Madrid hosts Europa League Champions Villarreal at the Santiago Bernabéu. Meanwhile, Atlético, who scored another stoppage-time goal to win at Getafe on Tuesday are on their travels again, this time to Deportivo Alavés. And lastly, Sevilla plays an Espanyol side who are fresh from picking up their first win since their top-flight return this season.

Italy Serie A: In Italy, both Milan clubs feature this afternoon. The two city rivals have enjoyed a similar start to the season, winning four and drawing one of their opening five games and losing none. Remarkably, both sides lost in their first Champions League match.

Milan go to Spezia, who gave Juventus a scare in the week before ultimately going down to a 3-2 defeat. Inter on their side have scored 18 goals so far will test that impressive record against Atalanta.

The Bundesliga schedule for Saturday includes the Borussen Derby, the battle for bragging rights over who is the best Borussia – Mönchengladbach or Dortmund. Neither side really see each other as their greatest rivals, but this is still a big game between relatively near-neighbours who just so happen to share a name.

French Ligue 1: Unbeaten and leaders PSG, another side to have enjoyed an injury-time winner in midweek, winning 2-1 at Metz also, play today, playing at home to Montpellier.

Elsewhere, two of Ligue 1’s other big sides Lille and Lyon are also in action. At home to Lorient and on the road to Strasbourg respectively.

Also, on this busy day of football, there are some massive derbies to tell you about further away from Europe.

Arguably the most heated fixture in Brazilian football takes place today, with São Paulo rivals Corinthians and Palmeiras contesting the Paulista Derby. And in Mexico, there’s not one but two traditional classics. First, the battle between university sides (and big cats!) Tigres UANL and UNAM aka Pumas kicks things off.

Then there’s El Súper Clásico itself, Club América versus Guadalajara, or Chivas as you may prefer to call them.

On Sunday, the Derby theme continues, with the Premier League providing us with the latest installment of the North London Derby; when Arsenal takes on Tottenham Hotspur at the Emirates stadium. Since 2010, each side has won 10 against the other and drawing seven times in 27 matches.

Arsenal will host Tottenham Hotspur on Sunday at the Emirates Stadium in a Premier League North London Derby. | PHOTO: Courtesy |

Italy Serie A: Serie A is another league serving up the big guns this weekend, with Sunday’s headliner Lazio vs. Roma set to give José Mourinho his first taste of the Derby Della Capitale. The two sides have an old and bitter rivalry that they can not even sell and buy players from each other.

Elsewhere Juventus, who finally picked up their first league win of the season in midweek entertain Sampdoria and unbeaten, prolific, and table leaders Napoli go into their game against Cagliari on the back of consecutive 4-0 victories.

Despite the many draws, the Catalan giants are still unbeaten in the league up to this point but one wonders whether Ronald Koeman – sent off during the disappointing draw against Cadíz on Thursday will still be in the dugout if Barça produces anything other than a win this Sunday.