Dame Sarah on Thursday won her 17th gold medal in the ongoing Tokyo Paralympics Games in Tokyo, Japan defending her title in the women’s C4-5 road race making her one gold ahead of the previous record-holder Mike Kenny. 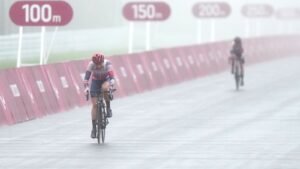 The 43-year-old clocked 2.21.51 ahead of Crystal Lane-Wright who won the silver medal while Marie Patouillet from France finished in the third position claiming the bronze medal. 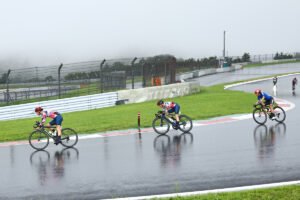 Her victory makes her the most decorated UK’s Cyclist in the Tokyo 2020 Paralympics with an unbeaten record since 2012 having won the London 2012 and Rio 2016.

Speaking after the race Sarah couldn’t hide her joy saying she never realized that she needed it and that her biggest motivational factor was to produce her best performance.

“To reach that target – it’s almost a target I didn’t realize I needed – but it’s so close now and it’s really, really exciting to think this opportunity gives me this chance to take it.

“My biggest motivating factor is really to be the best version of me, to be able to produce my very best performances. But to be able to come out of it with some additional success is obviously hugely motivating.

“I know I will have done absolutely everything to the nth degree and rehearsed and rehearsed to make sure I produce the very best performance that I can, so hopefully the outcome can take care of itself.” Said Sarah.

“I’m a bit overwhelmed, I feel like it’s happening to someone else,” she added.

“I can’t really explain or compute anything about the race, but crossing the line first felt so well.”

Sarah has won up to 28 medals in different competitions after she made her first debut at the Barcelona 1992 Paralympics where she won 2 gold medals, three Silver medals and one Bronze at the age of 14 years.

Crystal Lane-Wright on her side competed for the Great Britain team at the 2012 summer Paralympics and 2016 Summer Paralympics. At the 2016 Games in Rio, she took a silver medal in the individual pursuit and bronze in the road race. In 2018, she won the individual pursuit at the Rio de Janeiro Track World Championships.The same year she also took silver in individual time trial and bronze in the road race in the Road World Championships held in Maniago

The competition start at the final stage where cyclists individually in their own heat, compete by doing a time trial basis where the fastest cyclist wins win gold, the 2nd fastest a silver, and the 3rd fastest a bronze. The distance of this event is 500m. Cyclists may have a different official time than their real-time due to this event being a combined class event (C1-3), and some cyclists in their own class may have a disadvantage over other classes (for example due to speed), thus athlete factor was used where those in C4 HAS 98.91 and C5 100.00. The time cyclist from class C5 gets will be their official time while those in C4 will have it lesser due to the factor.