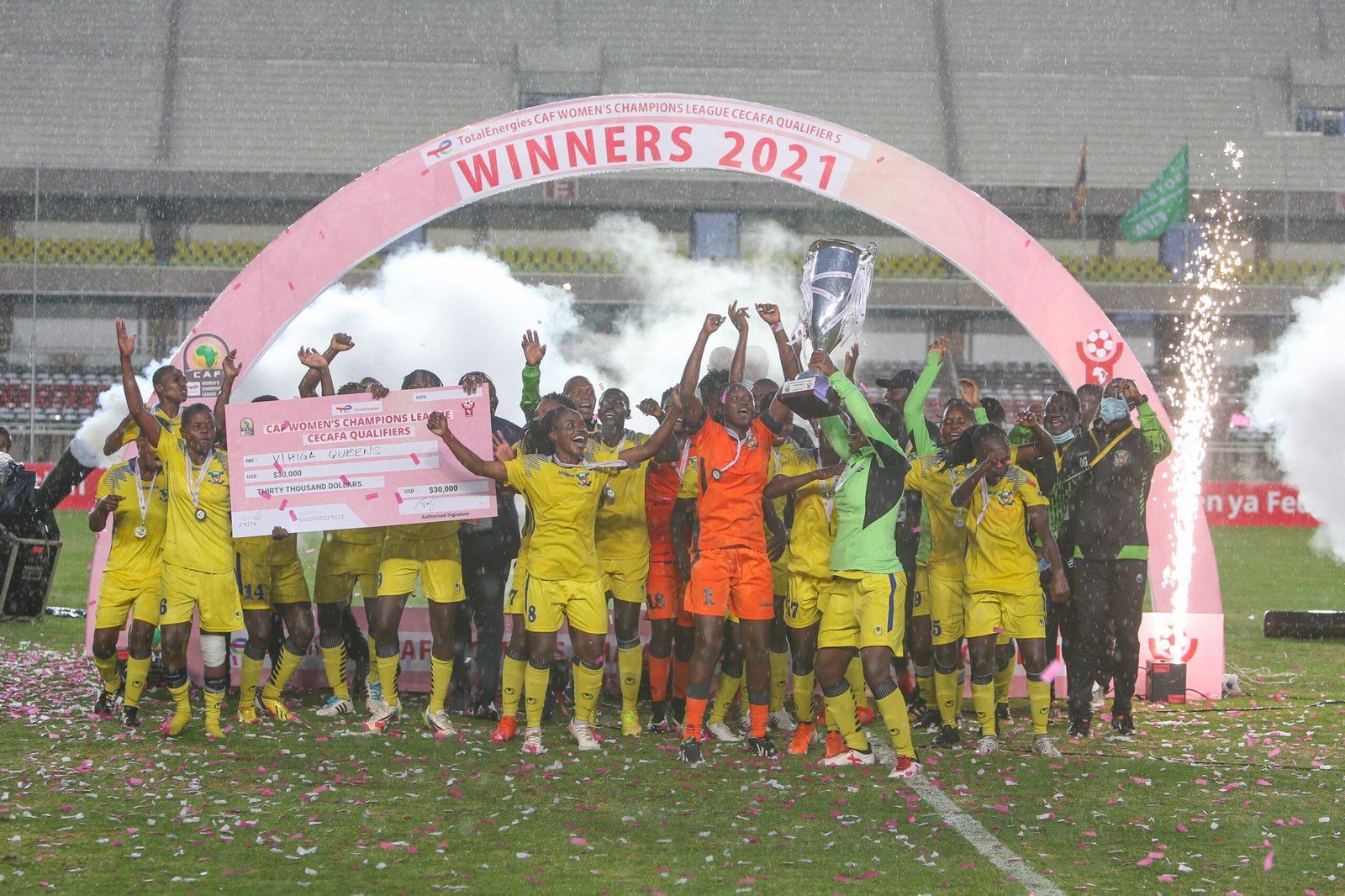 Twenty-year old striker Gentrix Shikangwa struck a brace, including a last minute penalty to win the game as Vihiga United earned a ticket to the inaugural edition of the CAF Women’s Champions League with a 2-1 victory over Ethiopia Commercial Bank on Thursday at Kasarani.

The CECAFA Regional final was always billed to be a high stakes encounter and it was the home girls who delivered the goodies, exerting revenge on CBE who had beaten them 4-2 when they met in the group stages last week.

“I am happy for this win because we started the tournament on a low, but we have managed to slowly come back and the win today is massive for us. The girls played their hearts out and we wanted to ensure we represent Kenya in the Champions League,” said Charles Okere, the Vihiga Queens head coach.

Okere had taken over to offer technical support to the team after the immediate former coach Alex Alumirah left his role. He however says he is unsure whether he will continue with the role after the tournament, but is open to the idea. 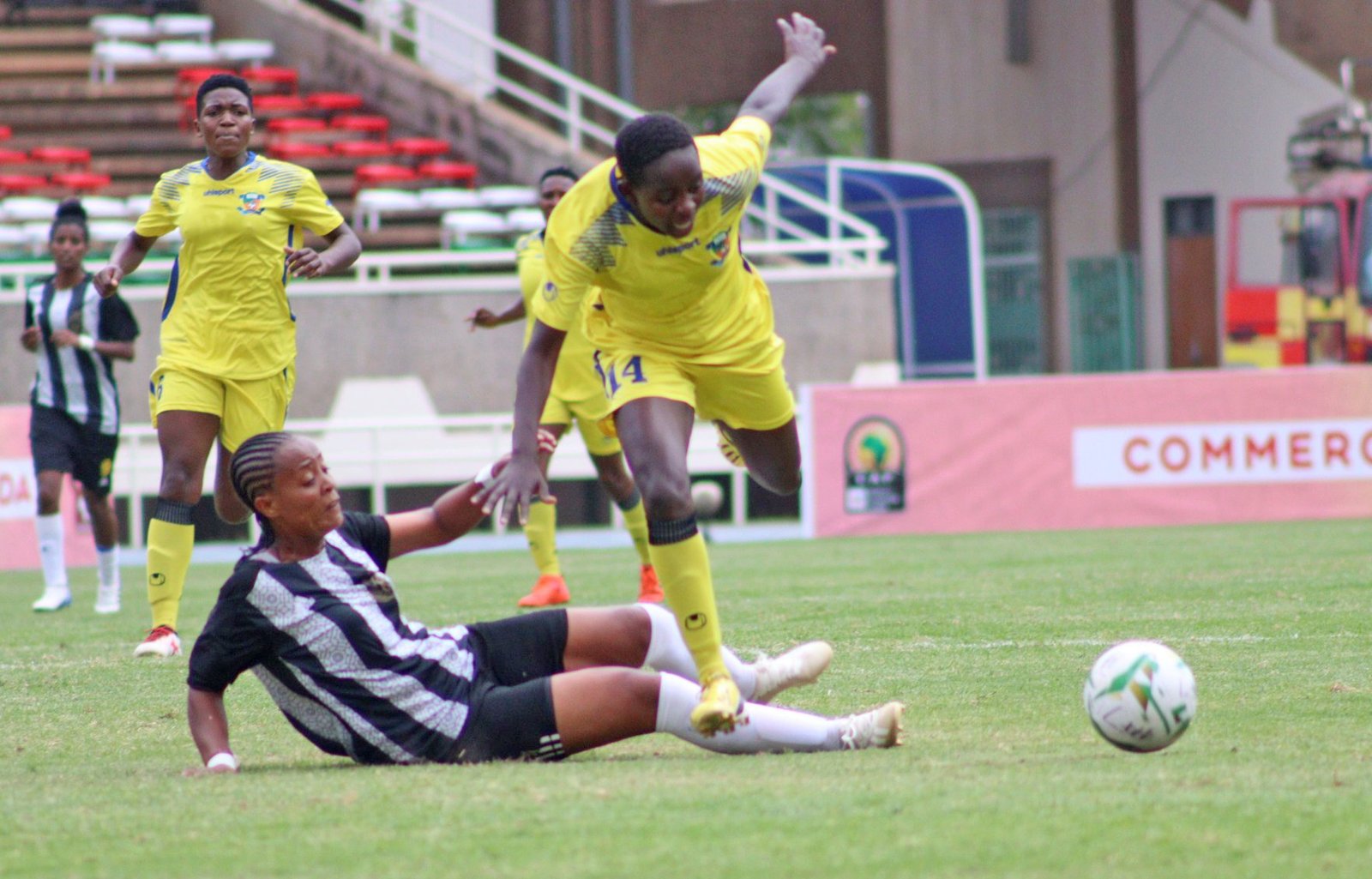 He had executed a good masterplan of neutralizing CBE’s best player Loza Abera and had sought to start the game on a high.

It didn’t take long before Vihiga broke the deadlock.

Shikangwa reacted quickest to a rebound after keeper Tarikua Bargena had spilled a shot from Violet Wanyonyi. Though her first effort was blocked by the keeper, the rebound fell on her head and she bumbled through to ensure the ball crossed the line.

CBE were not as dangerous in the final third as they had been in most of the opening games. But, they found a way back into the game when Makokha headed the ball beyond her own keeper as she tried to head away a freekick.

Going to the break tied at 1-1, CBE were hopeful of completing the comeback with a goal to go ahead. But, the second half was a Vihiga affair.

Shikangwa came close to her second with a rasping shot from the left that was denied by the crossbar. From almost similar range, she had another aim at goal, this time saved by the keeper. The rebound fell on her path but she skied it over. 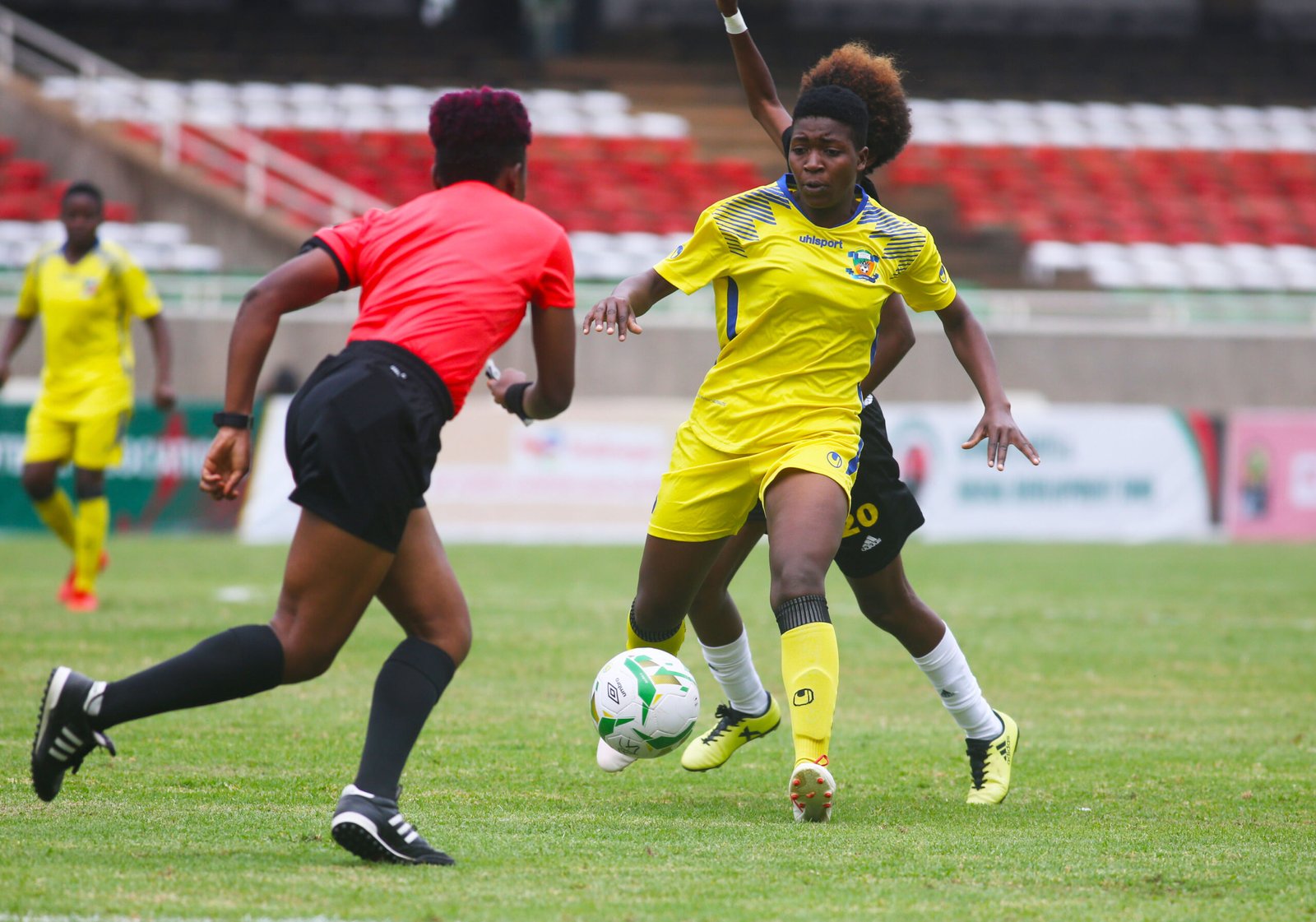 The red-hot 20-year old was causing all sorts of trouble to CBE and she came close again when Wanyonyi’s cross from the right found her unmarked, but she hit the side netting.

The Kenyan girls kept the hunt and were rewarded in the fourth minute of added time when Shikangwa converted a penalty, slotting the ball into the top right corner after after substitute Tarikwa Yakura had brought down Wanyonyi inside the box.