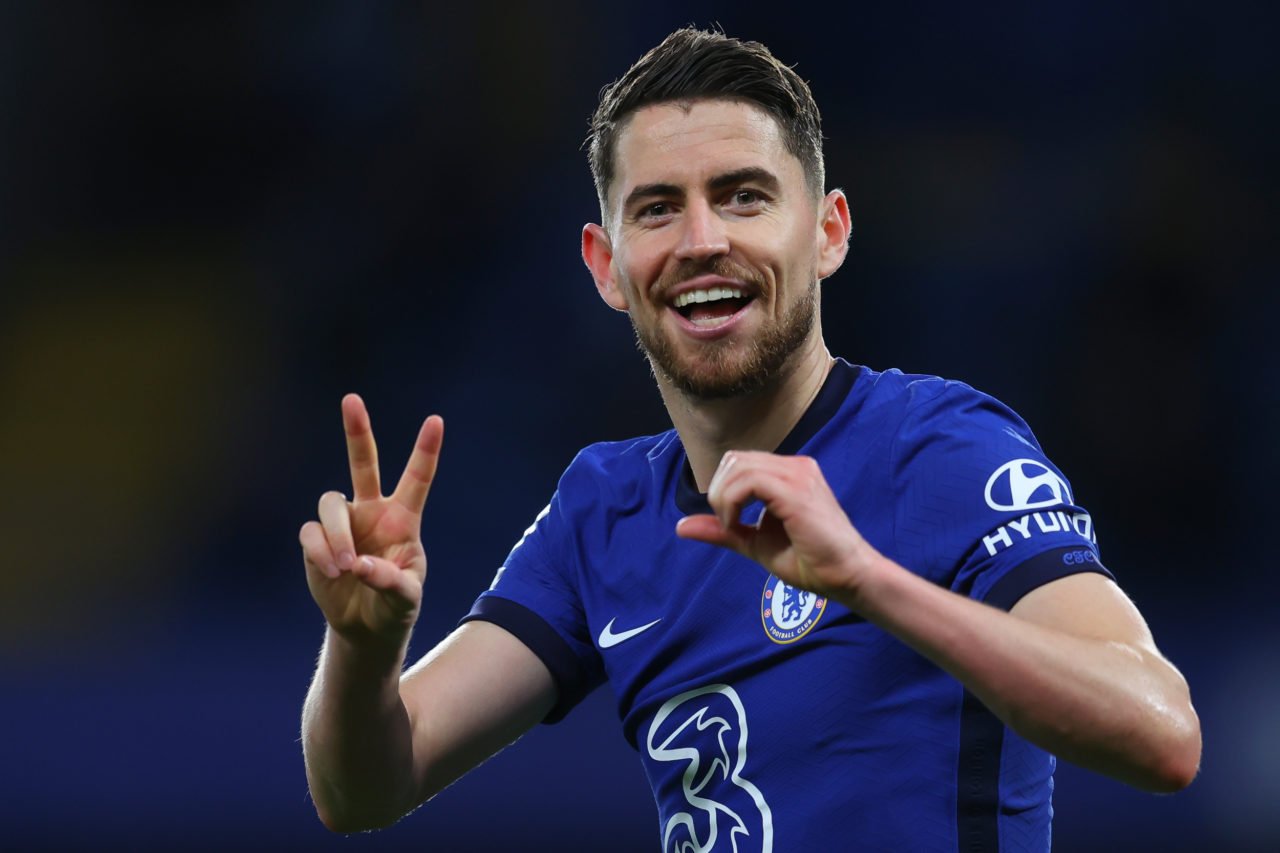 Chelsea midfielder was on Thursday 19, August 2021 announced by UEFA as a nominee for the UEFA Men’s Player of the Year Award and it surely came with little surprise considering the season Jorginho had in 2020/2021.

Jorginho is on the three-man shortlist for 2020/2021 UEFA Men’s Player of the Year Award alongside his Chelsea teammate Ng’olo Kante and Manchester City’s star man Kevin de Bruyne.

Here at Sports Leo, we take a look at why Jorginho is deservedly on the shortlist for the UEFA Men’s Player of the Year Award.

Jorginho started on a high note with Chelsea in 2020 under the then Chelsea manager Frank Lampard. As Chelsea’s official penalty taker, Jorginho finished the 2020/2021 Premier League season with a total of seven goals. Remarkably, he was Chelsea’s highest goal scorer in the Premier League.

When Thomas Tuchel took over from Lampard in January this year, Jorginho played a key role in Chelsea’s midfield as Chelsea went on a good run to secure a top-four in the Premier League log as well as the Champions League knockouts. 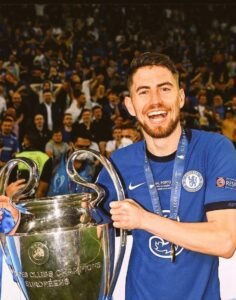 Jorginho with the UEFA Champions League trophy in May this year.
PHOTO: Courtesy

The Player of the Match display against Porto in Chelsea’s quarter-final opener underlined his ability to dictate play and proved Thomas Tuchel’s decision to make him part of his first-choice midfield pairing alongside Ng’olo Kante and Mateo Kovacic. His national team head coach Roberto Mancini followed suit, making the 29-year-old the engine of Italy’s EURO-winning outfit.

In the 2020/2021 season, Jorginho emerged victorious in the UEFA Champions League and the UEFA Euro 2020 and also was the runner-up in the Emirates FA Cup, losing in the finals at Wembley against Leicester but many would argue that the Blues was in the Champions League finals preparations when they faced Leicester.

In the Champions League, Jorginho made a total of 12 appearances for the Blues scoring once and assisting once. The assist came in the Quarterfinals against Porto when he laid Mason Mount a through pass as the Englishman finished to put Chelsea one goal up.

Chilwell’s late goal gave Chelsea a 2-0 win in the first leg whilst Jorginho was handed with the man of the match award for his staggering performance in holding the attack and preventing attacks from progressing to the final third by Porto forwards.

While playing for his native, Italy, Jorginho played in all seven matches as the Azzuri progressed to the finals of the UEFA Euro 2020. 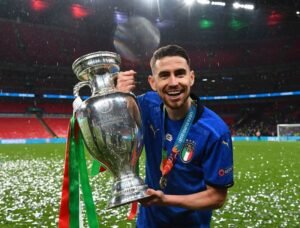 Jorginho with the Euro trophy after lifting it with Italy in June.
PHOTO: Courtesy

His impressive performance in the midfield alongside Marco Verratti provided Italy with the perfect midfield to go on and win the Euros.

In the semifinals, Jorginho scored the decisive penalty against Spain as the tie could not be decided after 120 minutes of play with both teams at 1-1. Jorginho took to the spot and took the penalty in his iconic way of the hop, step, and jump to send Spain’s goalkeeper Unai Simon in the wrong direction and give Italy a place in the finals of the Euro 2020.

He also played a key part as Italy saw off England in the finals to win the Euro 2020 tournament. Since then Jorginho has returned to Chelsea and won the UEFA Super Cup also in a penalty shootout where he again scored for Chelsea. 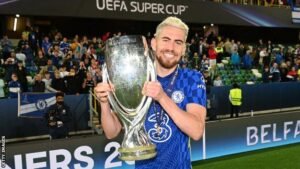 Jorginho topped the list for interceptions, recoveries, and fouls drawn at EURO 2020, making 25 interceptions, 48 recoveries, and drawing 19 fouls. His leadership and organizational skills were second to none, too with his Italian teammates call him ‘Il Professore’ or ‘Radio Jorginho’ for the way he directs the team and continuously talks during games.

The season ended with fans and other players calling for the recognition of Jorginho in the Balon d’Or and it comes without a surprise that he has been shortlisted in the UEFA Men’s player of the year award ahead of the Balon d’Or award later on this year.