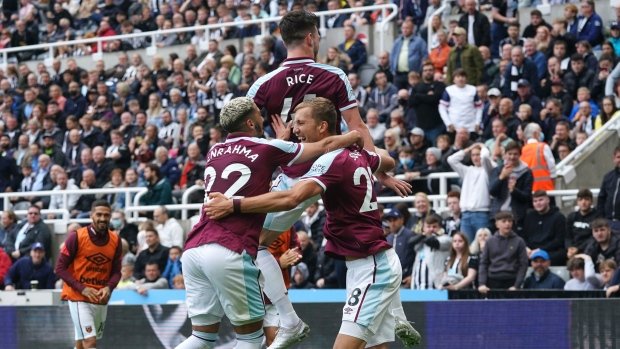 West Ham United came from behind twice to kick start their Premier League campaign with a 4-2 win over Newcastle United in a thrilling tie played in front of a fully packed St James’ Park.

Forward Callum Wilson opened the score sheet just after five minutes into the match to hand Newcastle the lead to set the pace for a thrilling tie but three second-half goals in a span of 14 minutes by the visitors handed West Ham all the three points. 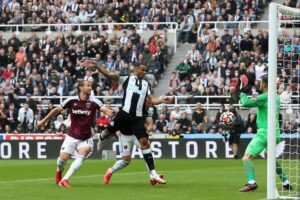 Callum Wilson scoring for Newcastle in the 5th minute of the match against West Ham.
PHOTO: Courtesy

Aaron Cresswell scored for West Ham in the 18th minute to put his side back into the match when his low ball drifted past Tomas Soucek and into the back of the net. The goal was initially ruled out for offside but several replays by the Video Assistant Referee (VAR) showed the initial shot by Cresswell had already crossed the goal line when his teammate Jarrod Bowen tapped it in

Newcastle however, retook the lead deservedly with five minutes before the break after Jacob Murphy headed home Matt Richie’s cross from the by-line with the ball just evading leaping Callum Wilson who wanted to put fire it in.

West Ham was at it again in the 53rd minute with Algerian Said Benrahma fixing himself between two defenders at the back post to head in Michail Antonio’s cross who had done well to control a pretty difficult pass on his weaker side.

Antonio then saw his header hit the crossbar and bounce back to Murphy and Pablo Fornals, both going for the loose ball and ended up with Murphy fouling Fornals in the 18-yard box to give the Hammers a penalty in the 63rd minute. Antonio stood over the ball to take the penalty but Newcastle goalkeeper Freddie Woodman guessed right to save Antonio’s low hit to his left but midfielder Soucek was there to pounce on the rebound and give the visitors the lead for the first time in the match. 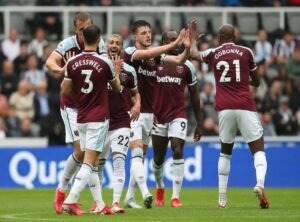 Three minutes later, the Hammers hit the Magpies again with Antonio finally getting himself on the score sheet after a quick counter, then shooting with his right foot past helpless and exposed Woodman to seal a deservedly 4-2 victory for the visitors.