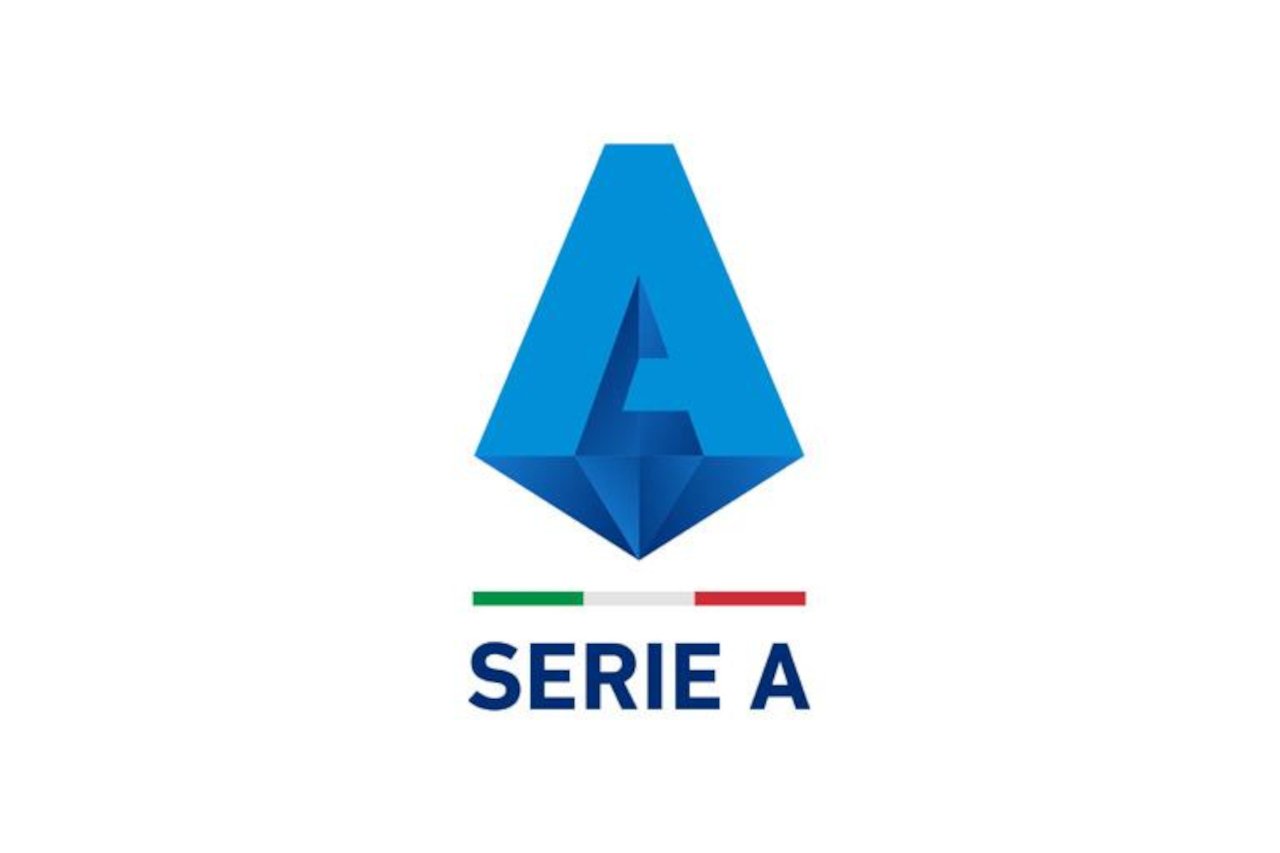 With the new Serie A season dawning on us this coming weekend starting Saturday 21, 2021, the summer transfer window has been far from quietness and the Italian clubs have been on the market busy looking for ways to strengthen their squad.

With the exit of two of the biggest names in the Serie A this summer, in Inter Milan’s Romelu Lukaku who left to join Premier League side Chelsea, and AC Milan’s goalkeeper Gianluigi Donnarumma who joined Paris Saint Germain, Serie A has also seen the entrance of some big names this summer.

Today here at Sports Leo, we take a look at five names to watch for in the Serie A this season, players who have moved from other leagues to Serie A this summer.

The England international move to Rome from his home city London is just the first permanent move of his career and the first move outside England since he started playing football. He leaves Chelsea for Jose Mourinho side Roma, in a rebuilding process that no one is sure of. 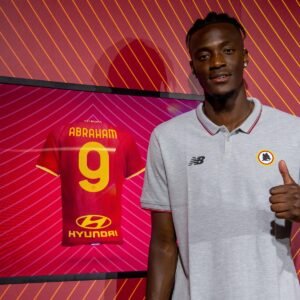 Sidelined since Thomas Tuchel’s arrival as a coach and pushed further down the pecking order by the signing of Lukaku from Inter Milan, Abraham will be the first-choice striker for a team that is not only out of the Champions League but will be in the new Europa Conference League after finishing seventh in Serie A last season, missing even in the EUROPA League.

Tammy is expected to fill Edin Dzeko’s shoes and lead the attack alongside the likes of rising star Nicolo Zaniolo, and after playing just 17 minutes in the final three months of last season this is a new level of responsibility for talented the 23-year-old. The striker has even been handed jersey number 9, the same one he wore at Chelsea. Notably, Abraham scored 15 goals without a single penalty when he was a regular starter in the 2019/2020 season under Frank Lampard.

Tammy is expected to challenge Juventus’ Cristiano Ronaldo for the golden boot if he only gets his prolific form back.

Denzel Dumfries shone at Euro 2020 for the Netherlands, scoring twice and putting on some impressive displays as a wing-back in Frank de Boer’s team and that is what triggered Inter Milan to go after his signature immediately he was done with EUROS. 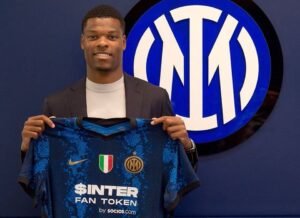 Inter announced the signing of Dumfries from PSV Eindhoven on the same day as Dzeko’s arrival from Roma, Dumfries is charged with filling the space left by Achraf Hakimi, probably one of the best players for Inter last season.

Dumfries will probably be Inzaghi’s first choice as a right-wing back in his 3-5-2 system as Inter will try to defend the Serie A title.

Arnautovic has had a busy summer, slapped with a one-game ban for insulting a North Macedonia player during Euro 2020, before a razor-thin offside decision via VAR stopped him from putting Austria ahead against Italy at a crucial stage of their last-16 clash, eventually losing 2-1 at Wembley. 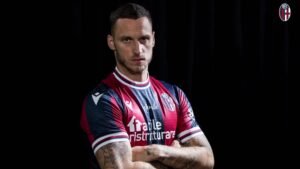 He then said goodbye to the Chinese Super League side Shanghai Port after apparently asking for a pay-off to terminate a contract that reportedly earned him over 200,000 euros a week, then signing for Serie A side Bologna.

Now in northern Italy, the 32-year-old netted on his Bologna debut on Monday in a pre-season friendly but was on the wrong end of a nine-goal thriller with Serie B side Ternana which dumped Sinisa Mihajlovic’s team out of the Copa Italia in the first round. The former West Ham United forward will start his Serie A campaign on Sunday, 22 August as Bologna host Salernitana.

The second player on the list who comes from UEFA Champions League winner, Chelsea Giroud joined AC Milan definitely for more minutes under his name.

The French forward, ranks as the second all-time scorer for the France national team joins a list of veteran forwards in Serie A, arriving at Milan from Chelsea after playing an important role in the Blues’ march to Champions League glory, including a stunning goal against Atletico Madrid in the first leg of the quarterfinals. Incredibly, Giroud scored a brace on his debut for AC Milan in a pre-season-friendly match. 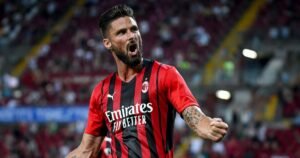 Olivier Giroud celebrates after scoring for AC Milan on his debut in a pre-season friendly.
PHOTO: Courtesy

Giroud, 35 next month is showing no sign of letting up and had the highest goal per minute ratio in Chelsea last season. Notably, he scored 6 goals in the Champions League alone in the 2020/21 season.

With AC Milan back in the Champions League for the first time since 2013/14, Giroud will be eager to show his thirst for goals like he did in Chelsea.

Gonzalez joins Fiorentina from Bundesliga side VfB Stuttgart as a Copa America winner with Argentina and his addition provides support for forward Dusan Vlahovic, who has been targeted by Inter Milan after scoring 21 times in Serie A last season. 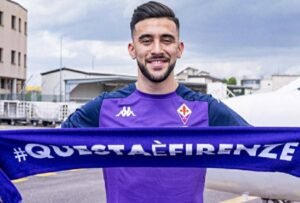 The 23-year old got off to a promising start in Friday’s 4-0 Cup thrashing of Serie C outfit Cosenza, laying on Vlahovic’s tap-in opener before doubling the lead with a smart header from a corner.