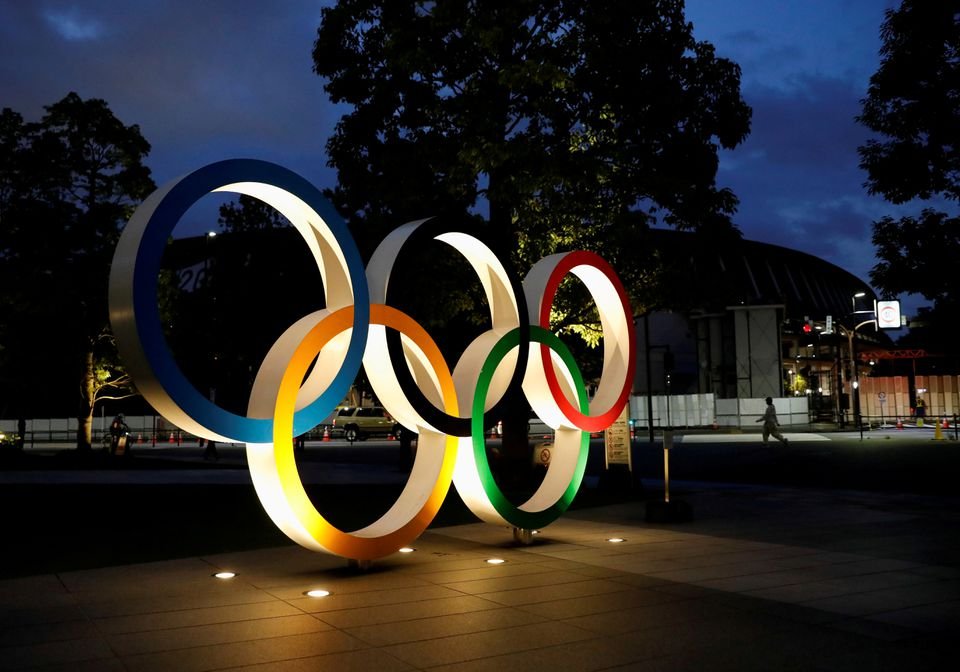 The Olympic symbol monument, consisting of five interlocking rings colored blue, yellow, black, green and red, was taken down in the Tokyo Bay area Wednesday as the 17-day international sporting event ended over the weekend.

The removal was scheduled to take place on Tuesday but was postponed to Wednesday due to strong winds.

The giant floating rings monument on a concrete platform set up at Odaiba Marine Park will soon be replaced with the “Three Agitos” symbol for the Paralympics, scheduled to be held from Aug. 24 to Sept. 5.

The Olympic monument, around 33 meters wide and 15 meters tall and weighing some 69 tons, was first unveiled in January last year but was taken down for maintenance after a decision was made to postpone the games for one year due to the pandemic. It was reinstalled in December.

Lit up at night, the monument played a role in creating momentum for the Olympics, which started on July 23 and ended Sunday.

Shortly before 10 a.m., a barge carrying the monument was towed to a factory in Yokohama, near Tokyo, where it was made. 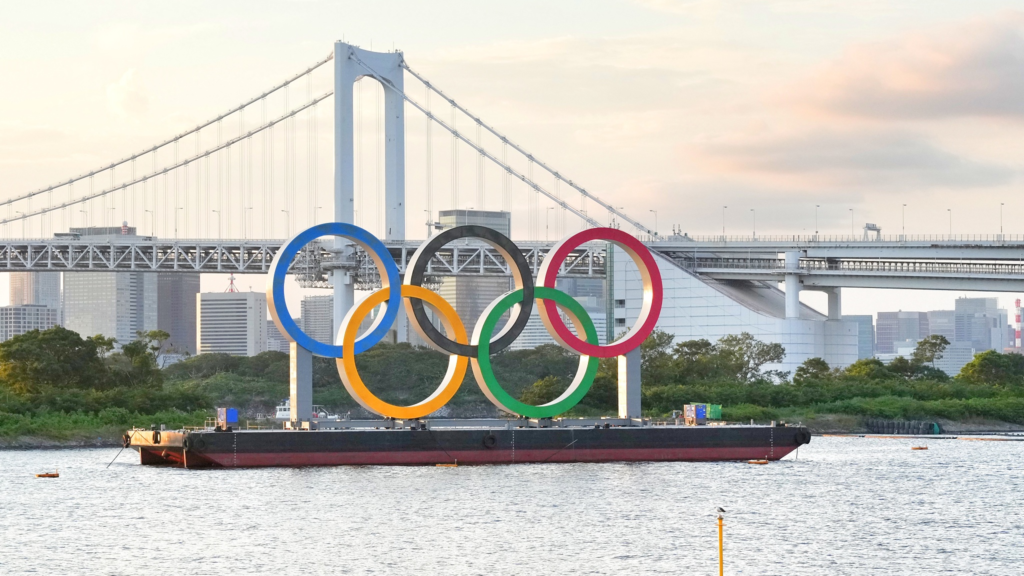 The Olympics were pushed back by a year in March due to the novel coronavirus outbreak. Thursday would have been Day 14 of the Games.

The marine park, which offers panoramic views of the Tokyo skyline, overlooking the Rainbow Bridge and Tokyo Tower, served as a venue for triathlon and marathon swimming events during the Olympics. It will host competitions by para triathlon athletes.

Atsushi Yanashimizu, an official of the Tokyo metropolitan government, who witnessed the operation, said it was sad to see the symbol being removed, but was looking forward to “setting the mood for the upcoming Paralympic Games”.