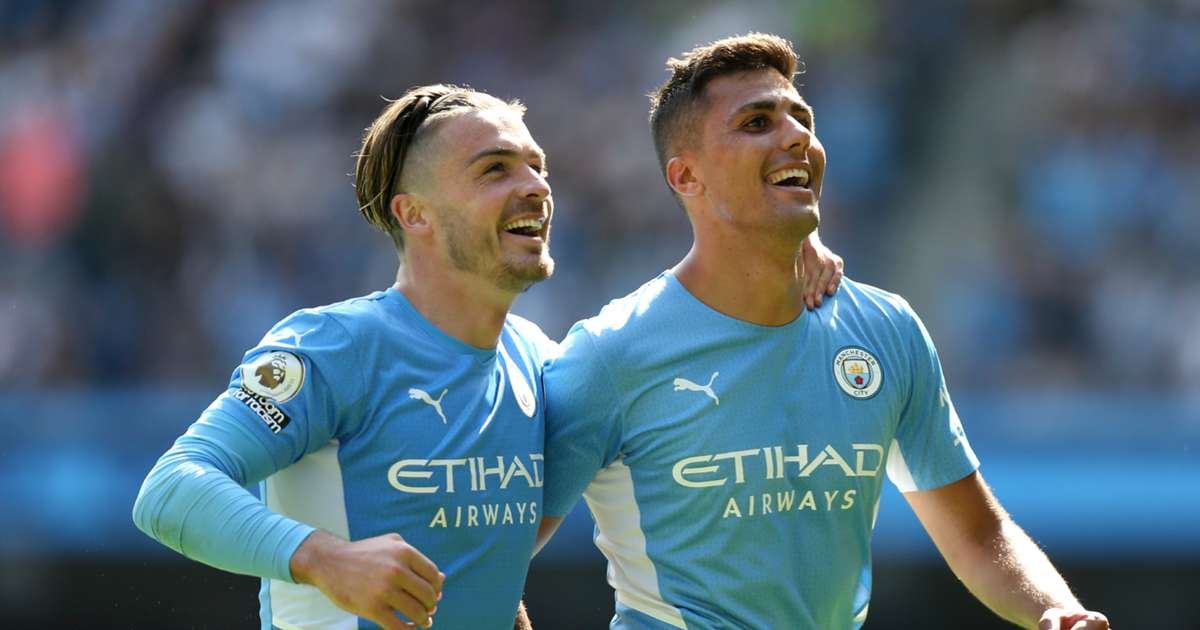 Manchester City inflicted more problems on Mikel Arteta and his 10-man Arsenal side with a resounding 5-0 win in Saturday’s Premier League clash played at the Etihad Stadium, Manchester.

The London side were two goals down inside the opening 12 minutes of the match through an Ilkay Gundogan header and Ferran Torres’ strike, before losing Granit Xhaka to a straight red card for a reckless challenge on Joao Cancelo.

Brazilian Gabriel Jesus and Spaniard Rodri added to City’s goals tally on either side of half-time and Torres rounded off the scoring in the closing stages with his second of the day.

Arsenal has now lost their opening three league games without scoring and remain in the relegation zone, while City have recovered from their opening-game defeat to Tottenham with back-to-back wins without conceding against Norwich and Arsenal. Notably, the last time Arsenal lost three consecutive opening league games was 67 years ago.

After putting five unanswered goals past Norwich City last weekend, City tactician Pep Guardiola named an unchanged starting line-up in the league for the first time since October 2017 and soon picked up from where they left off.

Bernardo Silva and Jesus combined down the right and the latter sent a cross to the back post for Gundogan to head past Bernd Leno before the Arsenal goalkeeper could quickly react.

That was the 10th time in a row City had opened the scoring against Arsenal in the league and they soon were two to the good thanks to Torres’ simple finish after Silva’s cross somehow made its way through to the unmarked Spaniard.

The goal was subjected to a VAR check on a foul on Calum Chambers but was allowed to stand and Arteta, having also seen Kieran Tierney denied a penalty, had further reason to be annoyed when Xhaka was sent off for lunging in on Joao Cancelo in what the referee Martin Atkinson considered a dangerous tackle.

Jesus tapped in the third goal for City shortly before half-time after being assisted up by Jack Grealish at the end of a flowing move and Rodri sided-footed a fourth past, Leno, from further out eight minutes after the start of the second half.

Substitute Raheem Sterling was twice denied by Leno after being introduced from the bench, but Torres – who had set up Rodri’s strike – converted a Riyad Mahrez cross with a header in off the post to register a third successive 5-0 home win for City in the Premier League.

Next weekend will be an international break, and both clubs will be in action after a couple of weeks. Manchester City will travel to Leicester on Saturday, 11 September whilst Arsenal will host Norwich at that same time at Emirates Stadium London.