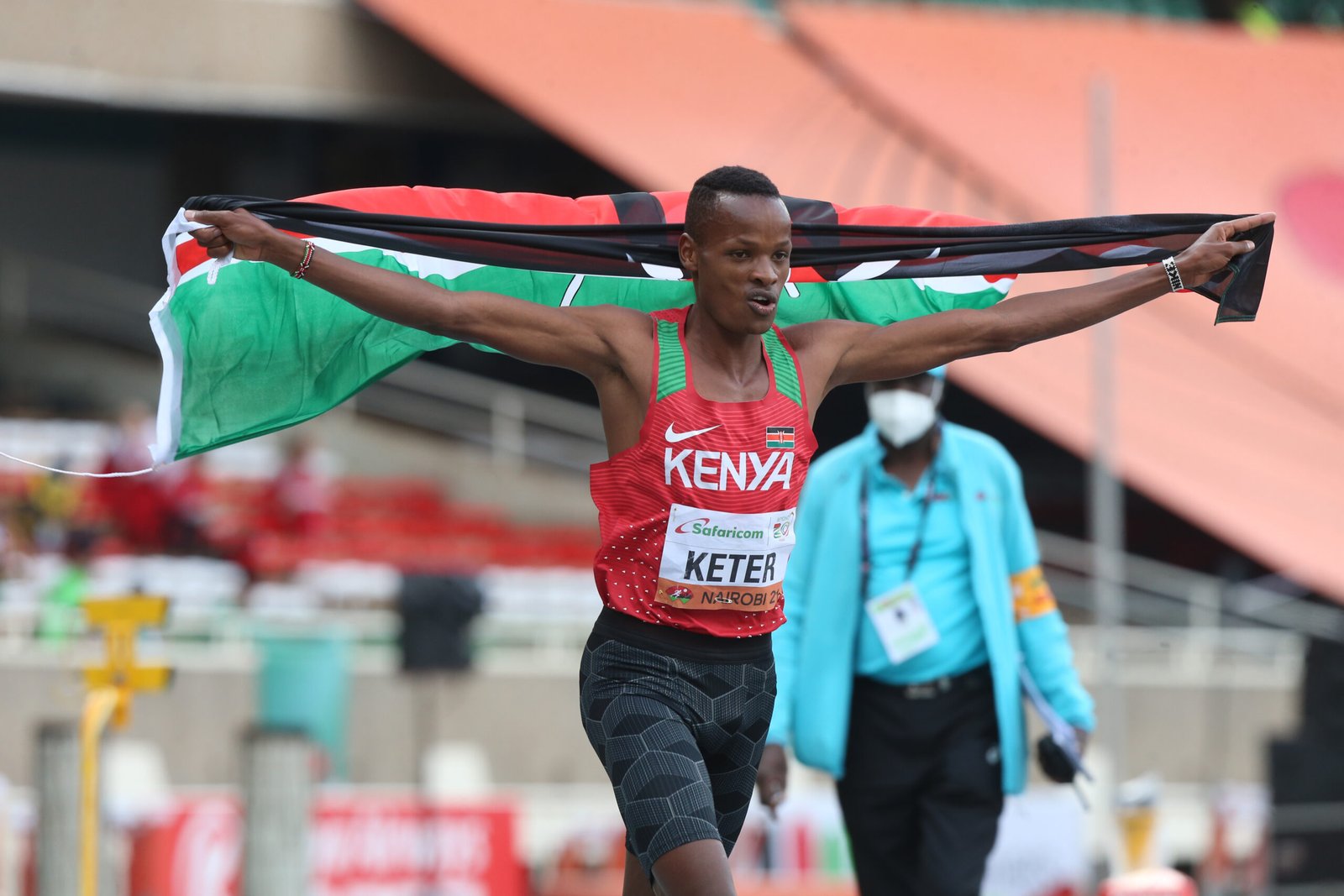 Kenya takes medal haul to nine at World Under-20 Champs

Kenya took its medal haul at the World Under-20 Championships to nine after winning two more in the afternoon session on the penultimate day of the five-day showpiece on Saturday. Vincent Keter clinched gold in the 1500m while Sylvia Chelangat won bronze in the women’s 400m.

It added on to an earlier gold medal with Haristone Wanyonyi winning the 10,000m walk.

In the 1500m, Kenya would have won a double with Kamar Etyang having finished in third spot, but he was later disqualified after video review showed he had stepped out of his line.

Etyang was celebrating at third but minutes after the race, the results were updated with the Kenyan disqualified after video review. Melkeneh Azize who had timed 3:40.22 to place fourth was elevated to the bronze medal position.

Keter meanwhile ran a smart and calculated race as they stayed toe to toe with Etyang throughout the race with Ethiopian Addisu sticking on their wings. 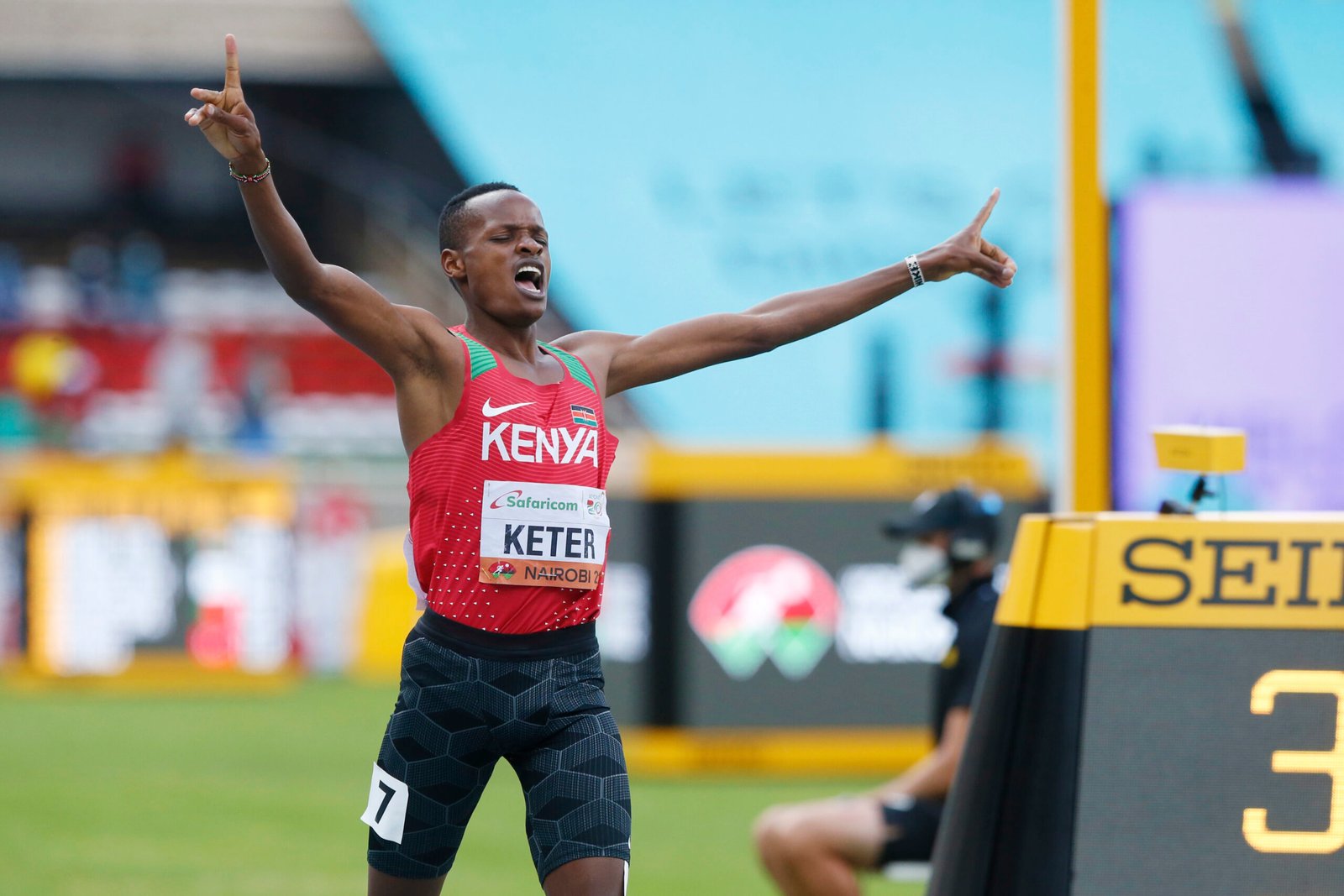 Etyang led at the bell with Keter closely behind him while Ethiopian Addisu lurked behind them, waiting for an opportune time to strike. However, as they took the first bend, Etyang started pulling back and Addisu powered ahead of him, while Keter was flying away in the lead.

At the home stretch, Keter powered further to wade off any possible chance of the Ethiopian plucking the victory away and he crossed the line in 3:37.24, Addisu coming through second with a time of 3:37.86.

Meanwhile, Chelangat took Kenya’s medal hunt to nine with a determined push to clinch bronze in the 400m final. Chelangat pushed in to clock a new personal best time of 52.23 seconds, coming in behind Imaobong Nse Uko of Nigeria who won gold while Poland’s Kornelia Lesiewiscz came home second for silver.

Nigerian Uko timed a new PB of 51.55secs while Polish Kornelia also lowered her PB, crossing the line in 51.97. 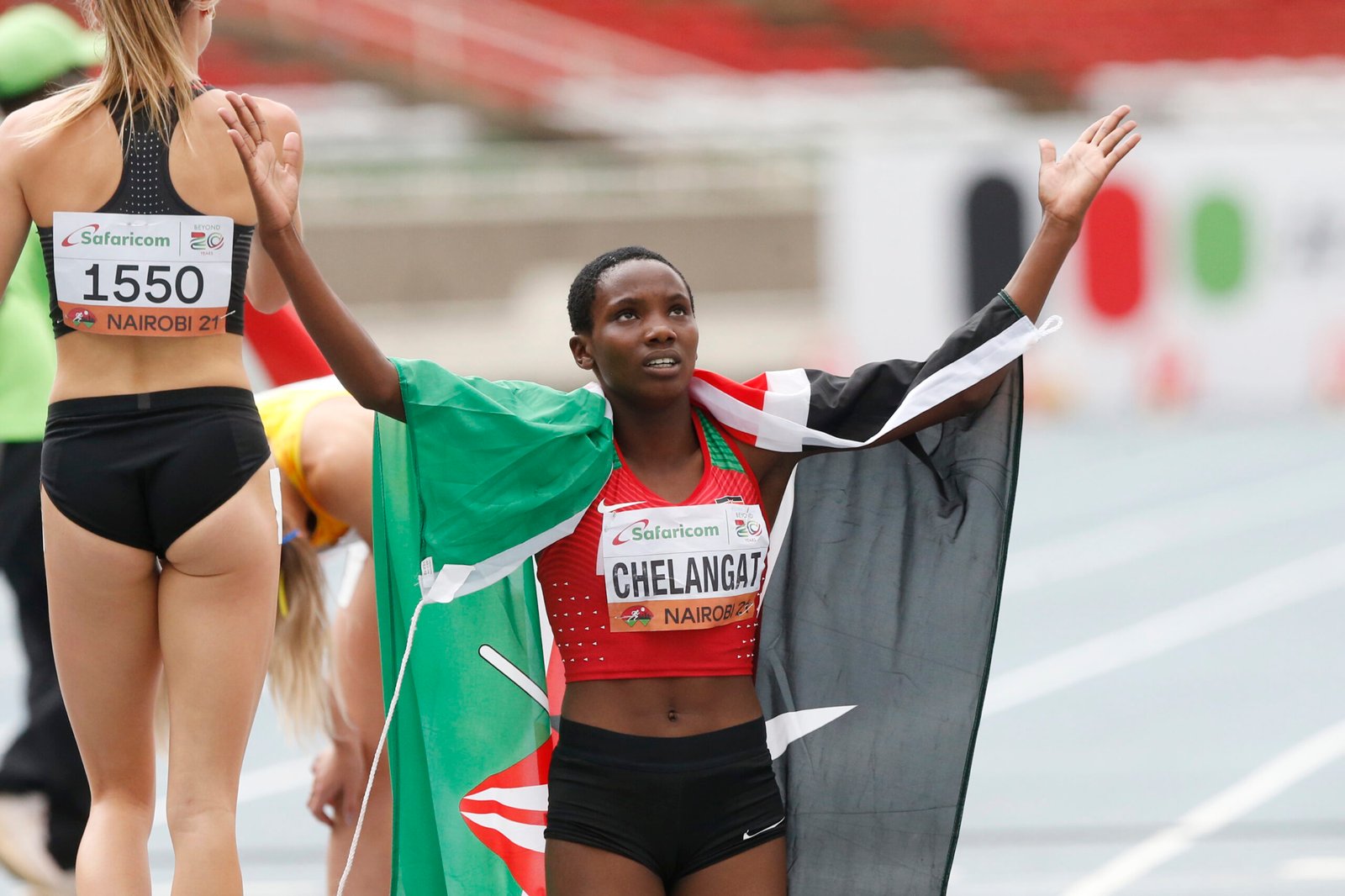 Sylvia Chelangat joyous after winning bronze in the 400m. PHOTO/World U20 LOC

“I am really happy today that despite starting slow off the blocks, I have managed a medal. When I started I was very cautious not to false start or step outside my lane and that’s why my first 100 was slow. But I picked up well and in the last 150m, it was very difficult. I just decided to pish myself harder and try get a medal,” said Chelangat after the race.

Meanwhile, Kenya will have more opportunities of clinching medals on the final day of the Championship on Sunday.

Noah Kibet and Emmanuel Wanyonyi will be the first on the track in the men’s 800m final, hoping to clinch victory with a double, just like Team Kenya did in Tampere, Finland, three years ago.

At 3:50pm, the duo of Winny Jemutai and Purity Chepkirui will be taking on the 1500m final and with Vincent Keter having won the men’s race on Saturday, they will also look to paste from the same script and give Kenya a gold as well.

At 4:05pm, Simon Koech and Amos Serem will look to defend Kenya’s royalty in the men’s steeplechase and the two have vowed to ensure victory comes home having easily won their heats.

At 5:10pm, Maureen Cherotich and Zenah Cheptoo will be on the line to start the women’s 5,000m hoping to earn Kenya another gold. They will come under immense pressure from Ethiopian Mizan Alem who is the only one to run under 15 minutes this season, having clocked a best of 14:46.20.

The men’s 4x400m relays team will put a marker to the end of the competition with the final at 6:10pm. Can they make it a golden finish for Team Kenya?

Kenya takes medal haul to nine at World Under-20 Champs