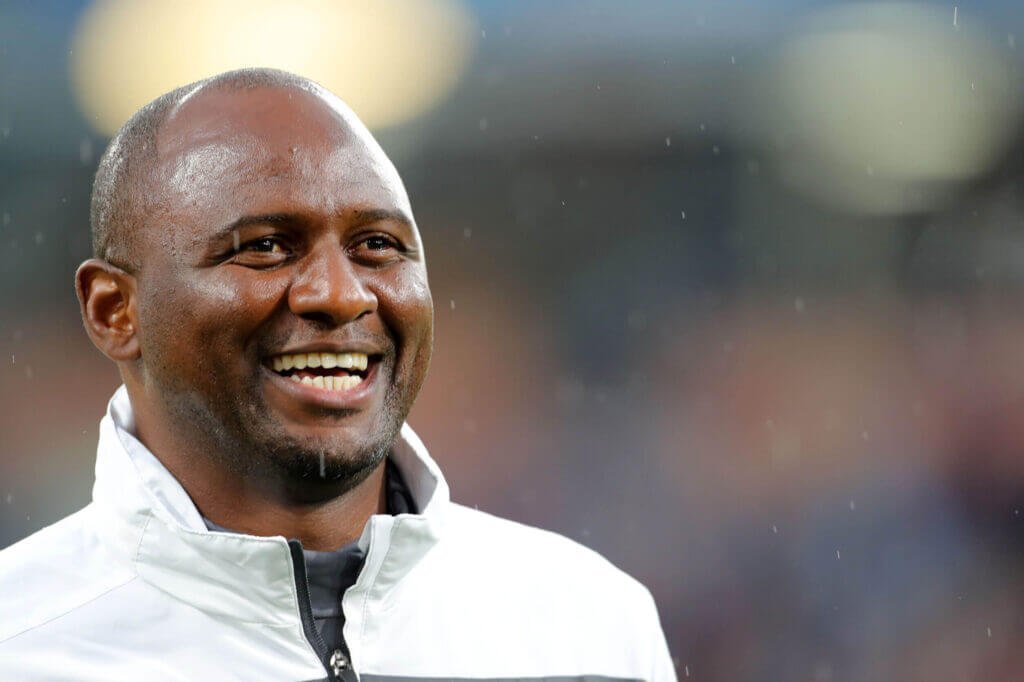 Crystal Palace Football Club has finally announced the replacement of their departed manager Roy Hodgson who retired at the end of last season. The club has appointed former Arsenal Captain and France international Patrick Vieira as their new manager.

Vieira was announced after a lengthy process by the club to look for a perfect replacement for Roy who had announced he is going to leave the club on 18th May 2021.

The 45-year-old Frenchman has signed a three-year deal with the London-based club that finished 14th in the Premier League log last season.

In a club statement, Crystal Palace FC Chairman Steve Parish said he is delighted to announce Vieira and looking forward to the new season scheduled to kick off in August. “I’m delighted and excited that Patrick has agreed to join Crystal Palace as our manager following successfully learning his trade at the City Group, and experiencing positive managerial spells at New York City and then Nice, who he led to the Europa League,” said Parish.

He added, “We have a lot to do to prepare in the coming weeks and I look forward to working closely with Patrick and Dougie in bringing in some new faces to help us all to a successful season.”

On his part, the newly appointed manager said, “I am really excited to have this opportunity to return to the Premier League.”

“It is a project that is really appealing to me, having spoken a lot with the Chairman and Sporting Director about their ambition and plans for the whole club, including the Academy. The club has fantastic foundations in place after many years in the Premier League, and I hope we can make further improvements and continue to drive the club forward.”

Vieira said he cannot wait to meet the club supporters when the season starts saying, “I am also very excited to experience the atmosphere the club’s supporters make at Selhurst Park and away from home too, and I know just how important that can be for the team.”

Vieira was the Captain for Arsenal’s now famous ‘Invincibles’ when they went unbeaten in the entire 2003/2004 season to lift the Premier League title. 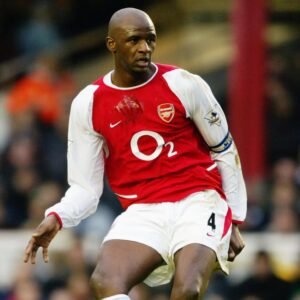 Vieira was the captain for Arsenal when they went the entire 2003/04 EPL season unbeaten to lift the EPL title.
PHOTO: Courtesy

Vieira played for Arsenal under Arsene Wenger between 1995 and 2005 winning three premier league titles and four FA Cups. He represented Arsenal in 396 matches and was named in the PFA Premier League of the year in six consecutive seasons.

In 2006, he joined Italian giants Juventus where he played for one season before switching to Juventus’ rivals Inter Millan winning two Serie A titles and two Supercopa Italiana cups. He then returned to England and played for Manchester City before retiring in 2011.

On the international stage, Vieira has over 100 caps for the French national team and was part of the team that lifted the 1998 world cup and the 2000 UEAF Euro Championship.

In 2016, he joined Major League Soccer side New York City F.C as the manager and head coach, taking them to a fourth-place finish from a 17th place the season prior to his arrival. In 2018, he moved to French League 1 side Nice where he finished 7th in his first season, his side finished 5th in 2019/20 season securing a place in last season’s Europa League. Vieira was however sacked last year in December following a poor run of form.

His first match as a Palace Manager will be a tough one against Champions League winners, Chelsea, away at Stamford Bridge on 14, August 2021.