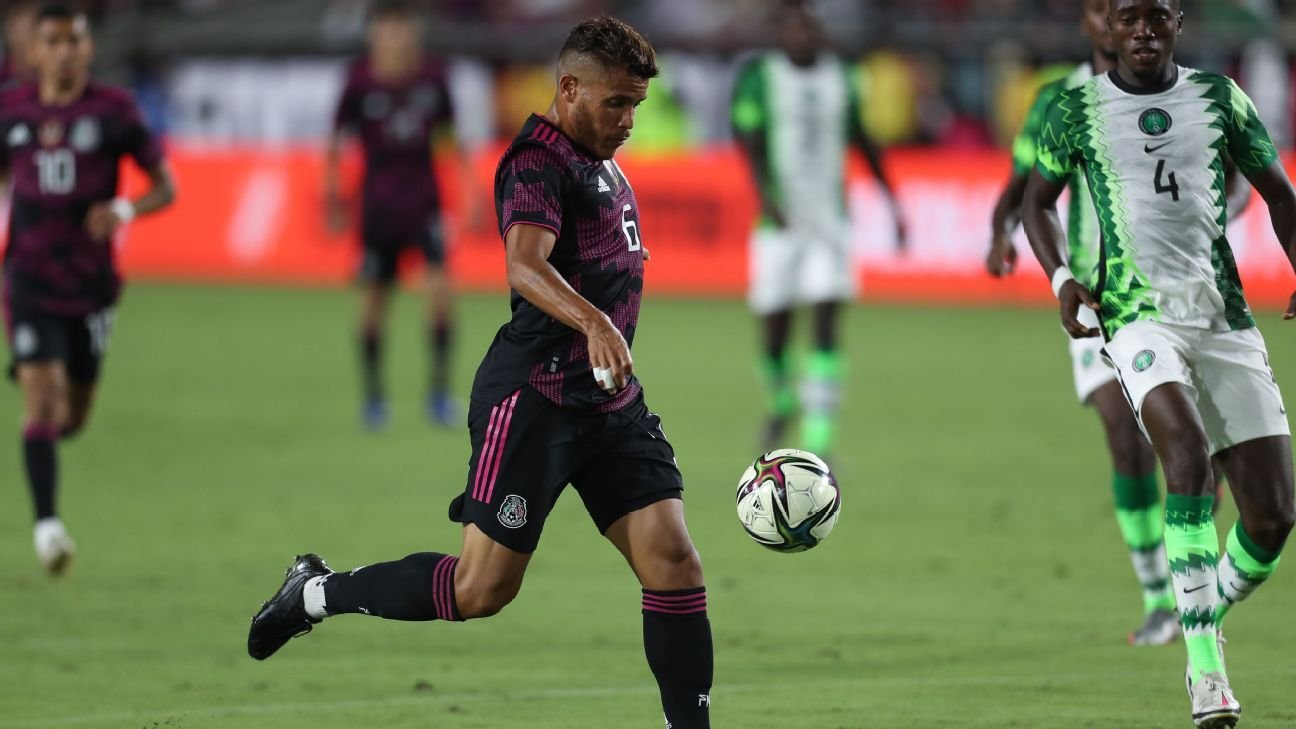 The Super Eagles of Nigeria suffered a humiliating 4-0 defeat against Mexico in an international friendly match with goals from Hector Herrera, Rogelio Funes Mori and Jonathan dos Santos, at the Los Angeles Coliseum on Sunday. 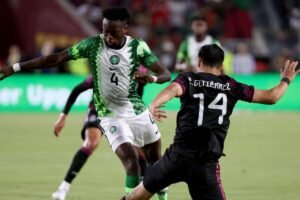 The first half of the game Mexico showcased a high class footballing action taking control of the bigger possession and most passes completed right from the start creating a much worrisome time for the host.

Hector Herrera who was left unmarked by the host received a nice ball from a corner kick, with the experienced Mexico captain, slowly controlling it and with so much comfort firing the ball into the net.

Mexico doubled its lead in the fourth minute after Napoli winger Hirving Lozano linked up with Funes Mori. The striker placed his effort into the top left corner. Mexico dominated the first half with the most chances created and ball possession, while the Super Eagles struggled to create and failed to register a single shot on target.

The North Americans continued from where they stopped after the half-time break as they turned the second 45 minutes to a one-sided affair. 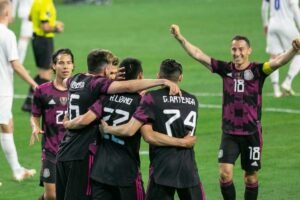 In the 52nd minute, Herrera scored his brace with a low drive into an empty net after the Super Eagles goalkeeper  Stanley Nwabali rushed out to stop Lozano.

Nigeria’s woes were compounded after Adekunle Adeleke and Uche Onwuansanya were stretchered off after picking up injuries. Meanwhile, Mexico made a triple substitution in the 66th minute and it paved the way the introduction of Jonathan dos Santos who replaced Herrera.

Substitute dos Santos rounded up the scoring as he fired in Mexico’s fourth 13 minutes from time to cap off a dominant performance for the Gold Cup champions.

The Super Eagles defence could not find answers to Mexico’s wave of attack as the match ended 4-0, a comfortable win for the Mexicans.

The inexperienced Nigerian team gave their all in the international friendly clash, but they could not cope with Mexico’s

Next up for Nigeria is the 2022 Fifa World Cup qualifiers which will start in September. The three-time African champions are in Group B alongside Cape Verde, Central African Republic and Liberia.