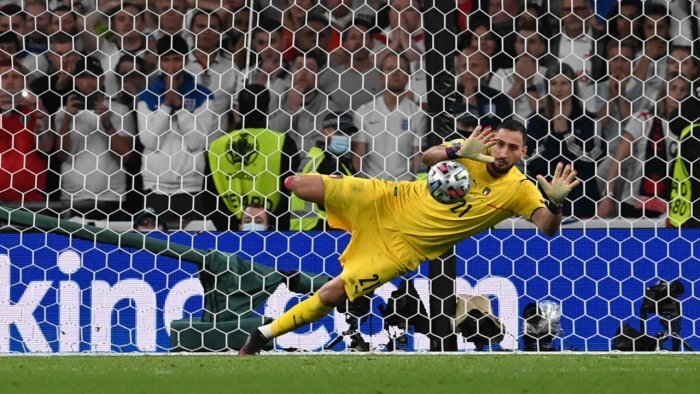 Gigio Donnarumma was a Hero at the Italy’s win of the Euro 2020 in Wembley against England. The Italy Goalkeeper saved two penalties from Bukayo Saka and Jadon Sancho in a night that saw them lift the trophy.

On the Sunday night football that saw the three England Players Marcus Rashford, Bukayo Saka and Jadon Sancho fall victim of Racial abuse, and questions rife on why was a 19 year Old allowed to take a penalty in a final, Italy was marveling at the 22-year-old who denied him. Donnarumma did not even celebrate at first, walking away with the nonchalant swagger of a man who had been here and done this before.

Perhaps that was because he had. Five nights earlier, in the same goal at Wembley, Donnarumma saved from Alvaro Morata to put Italy on course for the final. These were the fourth and fifth penalty shootouts that he had taken part in so far in his senior career, and he has won every single one of them. 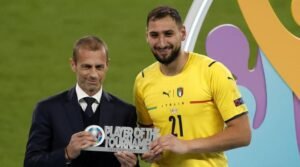 In the final itself, the Azzurri ran out 3-2 winners in the penalty shootout after another 1-1 draw. The 22-year-old Donnarumma saved from Jadon Sancho and Bukayo Saka, while Marcus Rashford screwed his penalty onto the post and wide.

In total, from the nine penalties Spain and England took against Donnarumma, only four spot-kicks found the back of the net.

This should come as no surprise as Donnarumma’s penalty record during his career so far is magnificent.

Donnarumma has been involved in-five official penalty shootouts since making his debut as a 16-year-old and incredibly he has won every shootout.

In normal play Donnarumma has faced 44 penalties during his career. He has saved (not including misses) 15 of them, while only 29 have been scored.

This means that Donnarumma is saving over a third of penalties taken against him. This is almost double the average, according to InStat, of penalties saved by goalkeepers which stands at 17.57%.

Despite only making his senior debut in 2016, Donnarumma is already in the top 10 for goalkeepers with the most penalty saves in the 21st century. 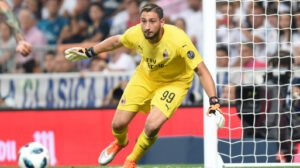 Donnarumma appears to be getting better also when it comes to saving penalties. Indeed, over the last year alone, he has saved five penalties in normal play in addition to his shootout heroics against Spain, England and in a Europa League victory over Rio Ave at the start of last season.

His percentage of penalties saved over the last 12 months has increased to 38%. With his imposing 6ft 6in frame and massive wing-span, there is perhaps not a more intimidating goalkeeper to face in world football from the penalty spot than Donnarumma.

Donnarumma is leaving Milan to join Paris Saint-Germain this summer, a move which has made him into a public enemy for many supporters.

He cried at full time on Sunday, though, and while many teammates did the same it was tempting to wonder whether there was an element of his own journey in those tears. Milan were his boyhood club and leaving also means parting ways with his goalkeeping coach, Nélson Dida, the other player who has mentored him aside Buffon’s.