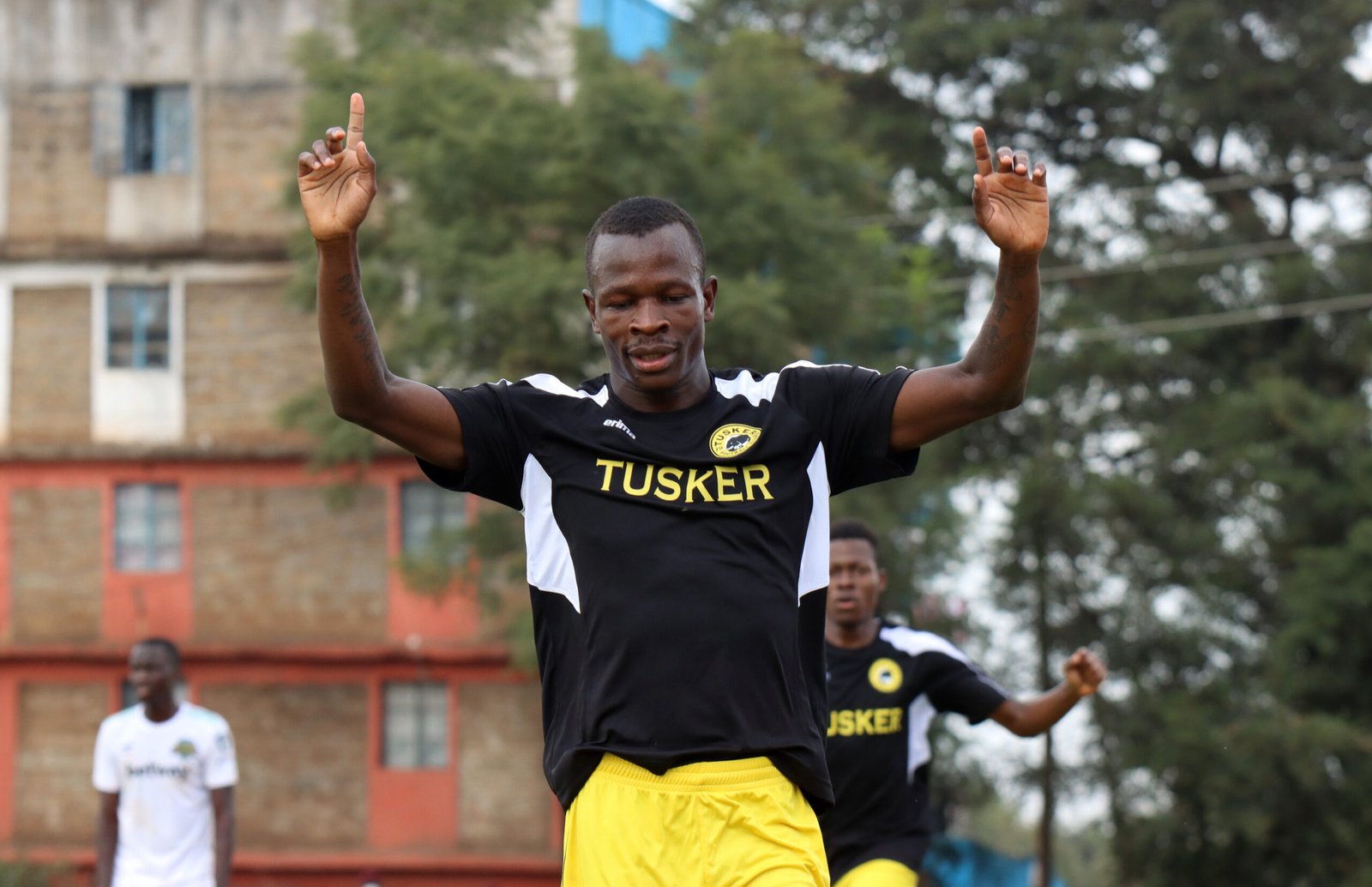 Chris Onyango’s second half headed goal earned Tusker FC a crucial 1-0 victory over Kariobangi Sharks at the Utalii Complex on Sunday evening as the brewers moved back to within a point of league leaders KCB.

Tusker were staring at the possibility of bottling their charge for the title after losing to Posta Rangers in midweek, but the victory now keeps them strongly in the chase.

“It is a relief because we lost on Tuesday and another defeat would have been bad for us. We played well just as we had planned and we just needed that one goal to ensure that we get a win. This will boost us heading into the remaining games,” coach Robert Matano said after the match.

While Onyango got the goal for Tusker, substitute keeper Mike Wanjala also earned his plaudits after saving a penalty with quarter an hour to play. The shot stopper had come on midway through the first half after starter Robert Mboya limped off. 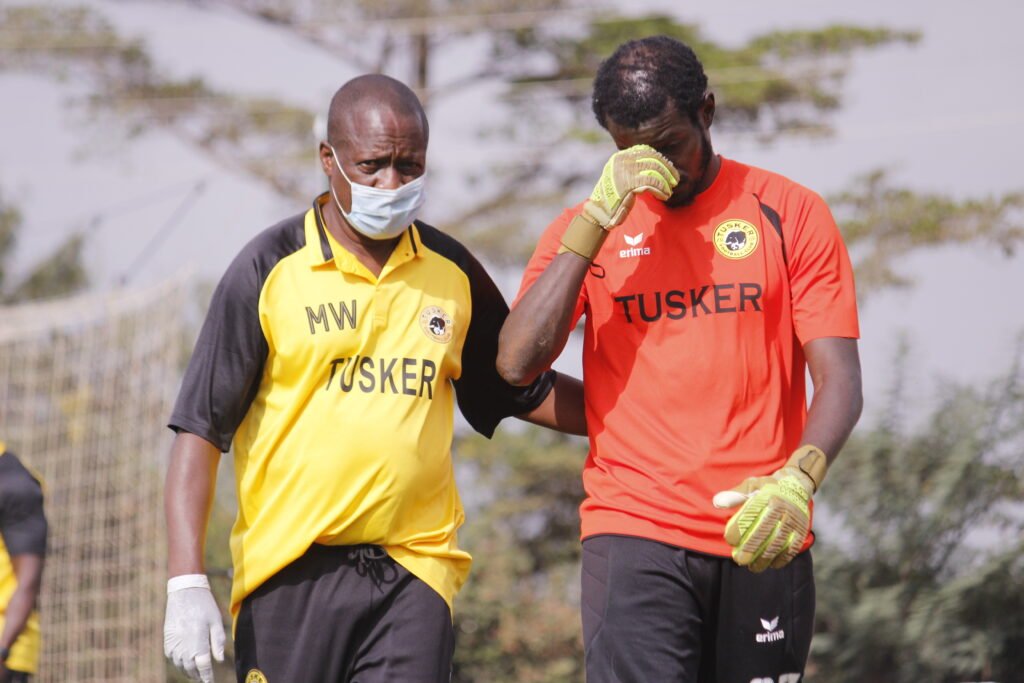 Tusker keeper Robert Mboya walks off midway through the first half

And with Tusker leading 1-0, Sharks were awarded a penalty after Erick Kapaito came down easily off a challenge from Humphrey Mieno. Douglas Mokaya stepped up for the kick, but Wanjala leaped to his left to put a strong arm to the kick and turn it away.

Tusker had the best chances of the game from the onset with Henry Meja firing a shot from inside the box that was saved inside the opening minute. Five minutes later, keeper Brandon Obiero made another good save to deny Luke Namanda. 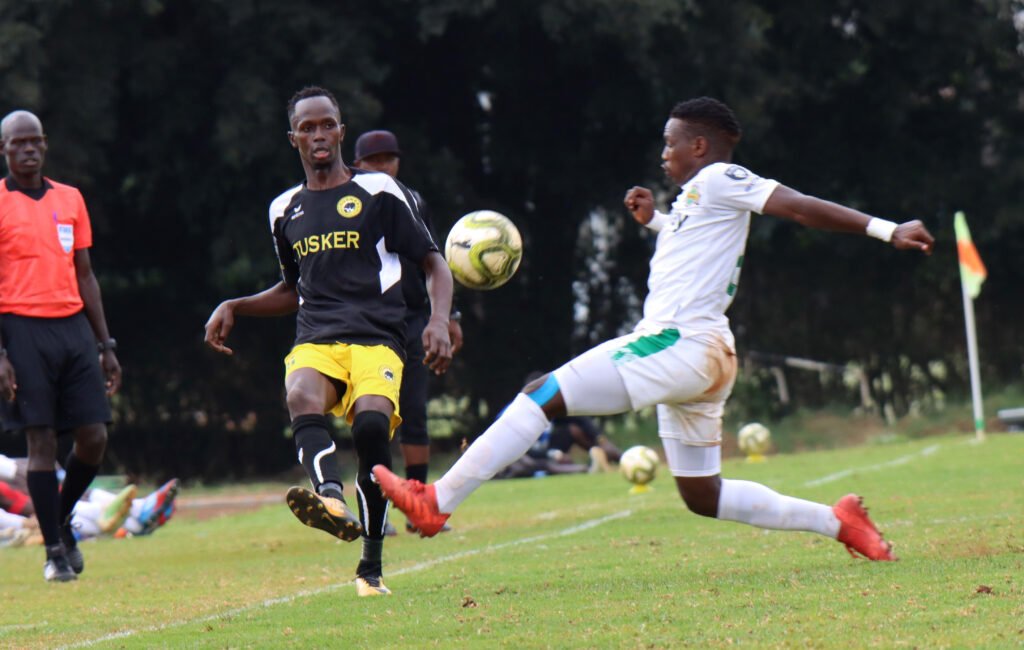 The winger flew off on the right to pick up a long ball dipped behind the defense and fired a shot at the near post but the keeper turned it behind for a corner.

It was all Tusker in the opening minutes and on the half hour mark, Obiero once again denied Tusker. A quick change of passes saw Meja put Muchiri through on goal with the striker’s shot being palmed away by the keeper once again.

Three minutes to the break, Tusker were denied again, this time by the crossbar. Off a poorly defended crossball, Meja picked up at the edge of the box and took a first time volley, but it came cracking under the crossbar.

Sharks however came off the break with more intent and just five minutes in, Wanjala was forced to work when he backpedalled to tip the ball behind for a corner off a looping effort from Fredrick Alushula. 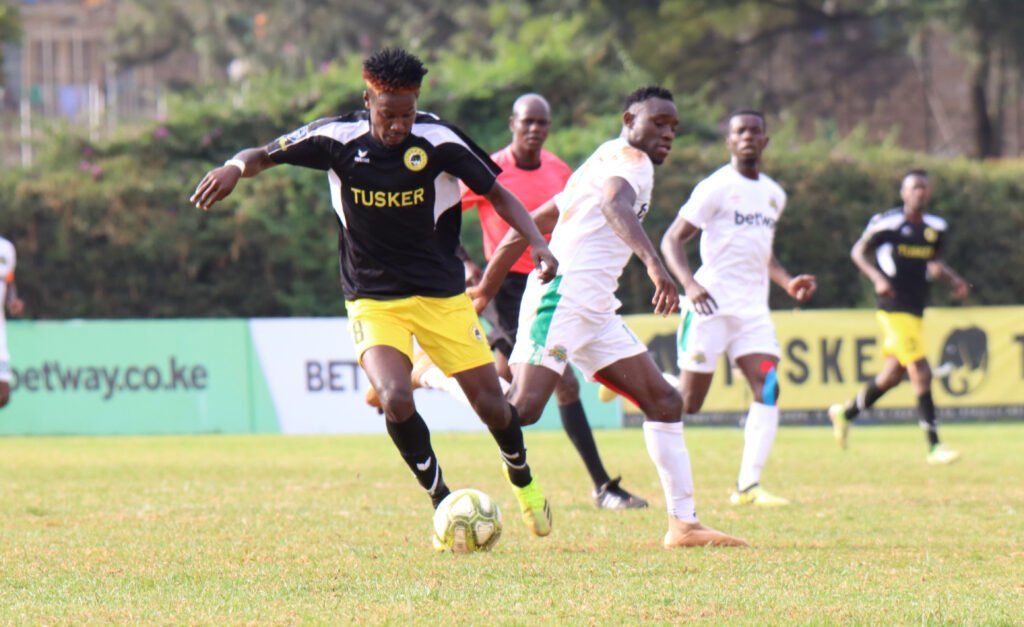 Sharks forced Tusker to play on the backfoot, but they couldn’t crack the backline to get a goal.

They found themselves trailing in the 62nd minute off an intricate move by the brewers. A total of 22 passes were strung straight from Mike Wanjala at the back. Some ping-pong passing between Humphrey Mieno and Faraj Ominde released the ball wide to Sammy Meja who swung in a cross for Ochieng to loop into the top left corner.

Tusker thought they had their nerves calmed, but saw a penalty conceded. They however breathed a collective sigh of relief when Wanjala saved the penalty. It was the second time in a row that the substitute keeper had saved a penalty from Sharks. 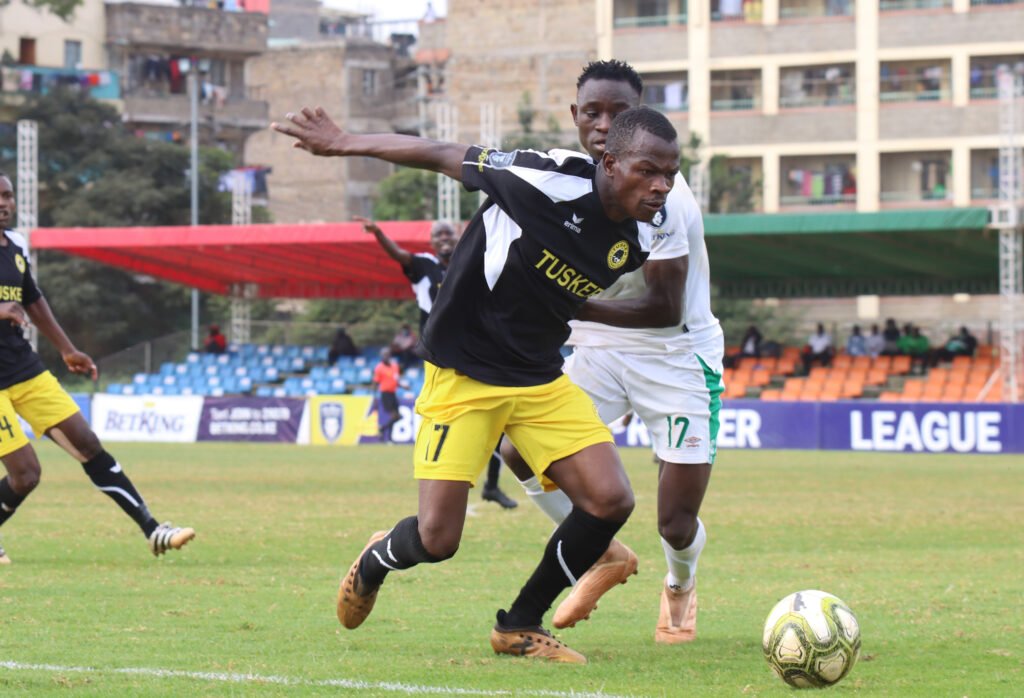 In the first leg when Tusker won 4-2, he saved from both Erick Kapaito and Geoffrey Shiveka.

Having dodged the bullet and Sharks raiding the backline, coach Matano made changes, refreshing his midfield with Mieno and Ominde coming off for Apollo Otieno and Hashim Sempala, a move to seal off the game.

He also brought in Jackson Macharia for Meja. The brewers just managed to hold on for the vital three points.

Meanwhile in Thika, Jules Ulimwengu’s goal with quarter of an hour left to play was all Gor Mahia needed to pick their third consecutive 1-0 victory as they beat Sofapaka to skip to third in the standings.

Ulimwengu looped the ball over keeper Kevin ‘Saha’ Omondi after running to a brilliant through pass from Kenneth Muguna. The victory saw Gor move to 37 points, five behind leaders KCB and with one match less.

AFC Leopards who were uninvolved this weekend have dropped to fourth.