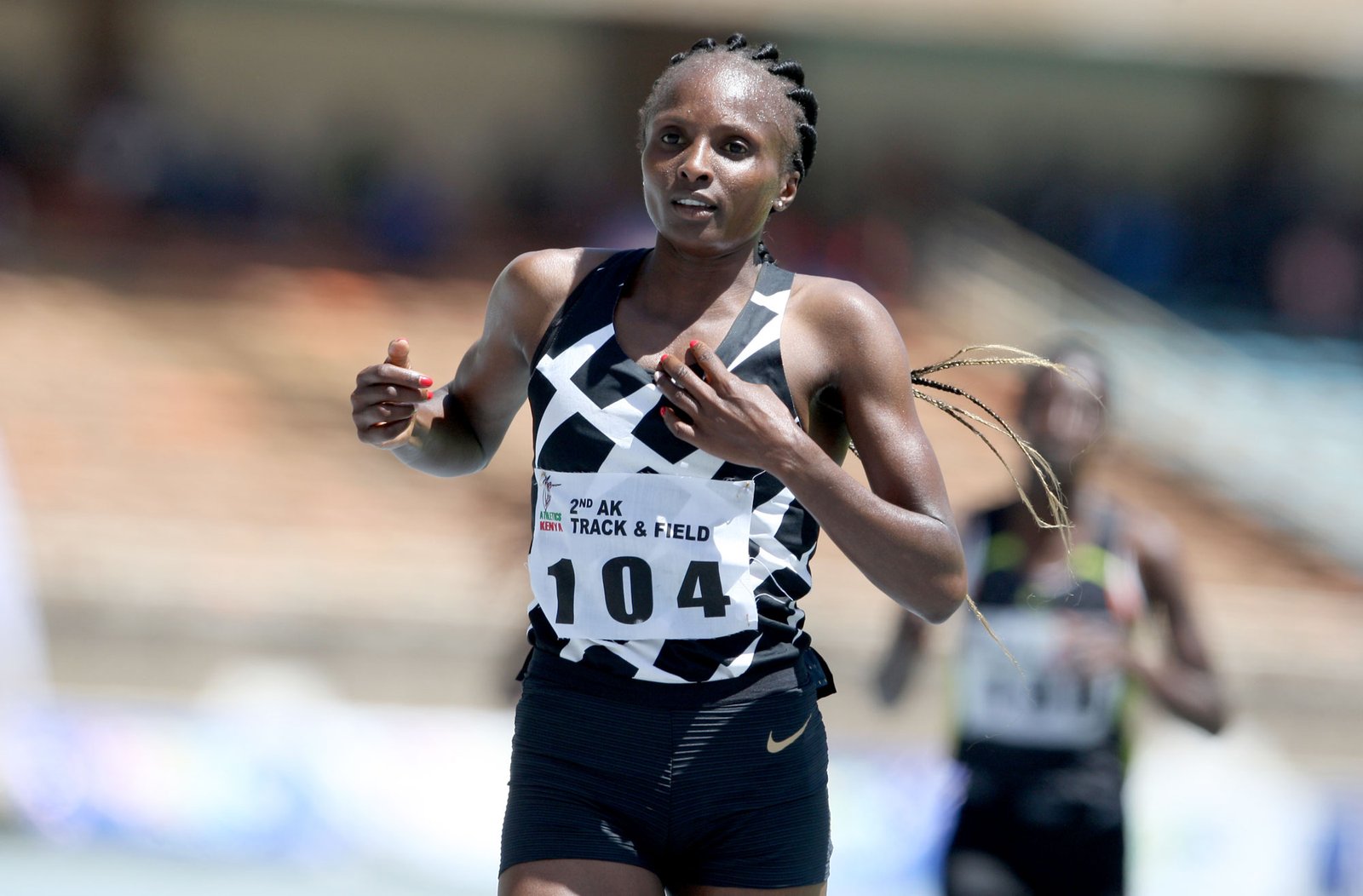 The three-day trials to select Kenya’s athletics team to head to the delayed Tokyo Olympic games begins on Thursday morning at the Moi International Sports Centre Kasarani, as Kenya looks to pick the best of the best to hunt for medals in Japan next month.

The trials will be staged in a strict environment behind closed doors at the Kasarani Stadium, with the event set to be used as a dry run towards the World Under-20 Athletics Championship to be staged at the same venue in August.

Only invited athletes will be competing with the first two across the line earning tickets to Tokyo, as long as they have hit qualifying time in their respective races.

On Thursday, five finals will be lined up, but the toast of the opening day will be the 5,000m race.

Top of the list will be multiple world champion Hellen Obiri who will be looking to earn a ticket back to the Olympics as she yearns for just that one title that is missing from her collection. Obiri has world titles both on track and in the cross country, but is yet to hit an Olympic medal.

At the last Olympic games in Rio de Janeiro, Obiri finished second in the race behind winner Vivian Cheruiyot. However, with Cheruiyot having since transited to road running, Obiri will be keen to fly the Kenyan flag in the Olympics once again.

Obiri has competed once this season, running in the 3,000m at the Doha leg of the Diamond League where she finished fourth with a time of 8:33.98. 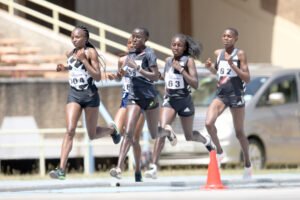 Athletes competing during a previous race

She comes up against a tough field which also includes Beatrice Chebet, Margaret Chelimo and Lilian Kasait all who finished ahead of her in the Doha race.

Another familiar face in the 5,000m field will be former world champion Mercy Cherono who has been battling to get back to top shape after an injury laden period.

Cherono will be looking to return to the Olympics having qualified for Rio 2016, but finished fourth behind Cheruiyot, Obiri and third placed Almaz Ayana.

The other entertaining race to watch out on the opening day is the final of the women’s 1500m with all eyes on reigning Olympic champion Faith Kipyegon.

Kipyegon will lead a healthy field and comes into the race having run twice this season, winning a speed testing 800m run at the Doha Diamond League while she finished second in her preferred race at the Florence leg of the Diamond League.

She clocked 3:53.91 to finish second behind Sifan Hassan from the Netherlands. The time was so fast that it counted as her personal best and a national record.

Meanwhile, the men’s and women’s 100 and 110m hurdles will also be staged though none in the field has already hit the required qualification mark of 12.84 and 13.32 respectively. Bridgid Chelagat is the quickest in the women’s field with a time of 15.35 while Michael Musyoka is the quickest in the men’s field with a time of 14.18.

Also lined up for finals are the men’s and women’s triple jump as well as the 100m. The 100m men’s race will see a cut throat centre stage of competition.

Other entertaining races will include the semi-finals of the men’s 5,000m and the 800m as well.