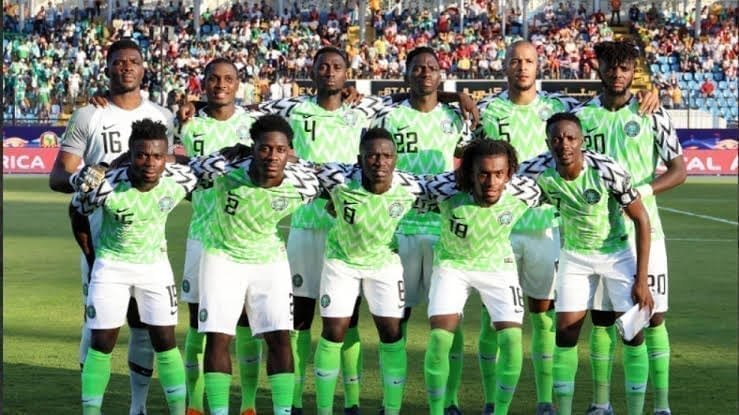 The Europe’s 2020/2021 Major League football season finally came to an end on Sunday, after a nine month streak of in and off the pitch, one of the historic Football games occasioned by the outbreak of the Covid-19 Pandemic.

Although the UEFA Champions League and Europa League finals are yet to be played in what has been an exciting season for the Europes Clubs.

Sports Leo Credits all players for the great Showdown from every part of the World, But as every players showcased their wits in football we take a look at African players with Focus on Nigeria players where there have been stand out performers this season.

This season has been the best for Nigerian players in recent years, with a few players conquering new grounds.

Players like Kelechi Iheanacho, Wilfred Ndidi and Joe Aribo won a trophy at their respective clubs. At the same time, Samuel Chukwueze could also join this list should Villarreal beat Manchester United in the Europa League final.

But before that Sports Leo ranks the top ten Nigerian players in the just-concluded season.

It should not come as a surprise that all the players ply their trade in European leagues and none from the domestic league. 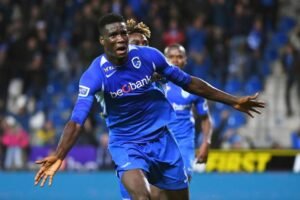 Our number one spot we have decided to honor Genk’s Paul Onuachu. Paul was Much-maligned by Super Eagles fans, coming strong thereafter to silence his critics through his performances for Genk in the Belgian Jupiler League.

The 26-year-old scored an incredible 33 league goals-the most a Nigerian has scored in a single season of any of Europe’s top ten leagues.

He also scored twice in the cup to help Genk win the Beker van Belgie. Even on the international stage, where he has often been criticised, Onuachu impressed, scoring the win over Benin and Lesotho.

Many Nigerian players impressed this season, but Onuachu was heads and shoulders above them.

Onuachu initially moved to Genk in 2019 for a fee of €6 million. He has since enjoyed a lot of success, scoring nine goals in his debut campaign.

His Performance in the Belgian Jupiler League has attracted interests from Arsenal who are among the clubs keeping a close eye on Him. The KRC Genk forward has made quite an impact with his performances in the Belgian league but is open to a move to Emirates, which is apparently a “lifelong dream” of his.

Two Nigerian strikers have been head and shoulders above every other Super Eagles star this season, and one of them is Simy Nwankwo.

The 29-year-old suffered the disappointment of relegation with Crotone again, but personally, it’s the best season of his career.

Simy is the second African player after Samuel Eto’o to reach the 20 goal mark in a single campaign of the Italian top-flight.

He also etched his name into Crotone’s history as he is the Clubs all-time top scorer. Simy is also now Nigeria’s highest goal scorer in a single campaign in Europe’s top five leagues.

It has indeed been a record-breaking season for the Nigerian star. The former Gil Vicente forward is now expected to leave Crotone with several Serie A clubs interested in his services. 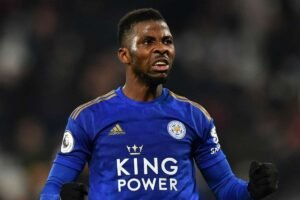 After alot of Criticism from National Team manager and always forced to play under pressure from fans in the previous season At Manchester City, Kelechi Iheanacho has proved many wrong, It’s been a remarkable season for Kelechi Iheanacho.

However, this season has been a turnaround for him. Remarkably, it’s also his best campaign in England since he arrived in 2014.

Iheanacho scored 19 goals and seven assists in all competitions for the Foxes. It’s more impressive if one considers the fact that he scored 12 in the League between February and May.

He would also be disappointed with the way they missed out on the top four, but he can take consolation from the fact that he has now become one of the club’s important players. 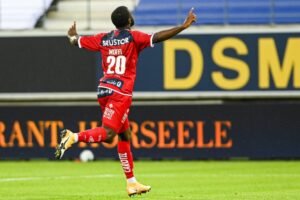 Lorient only managed to avoid relegation from Ligue 1 on the final day, and Moffi deserves many praises for that.

Les Merlus went into the final game with a chance of survival thanks to Moffi’s performances this year. Although he did not score against Strasbourg on Sunday night, Moffi bailed Lorient out on several occasions this season.

The 21-year-old finished with 14 league goals- the fifth highest in France’s top division this season and the most a Nigerian has scored in a single Ligue 1 campaign since Victor Ikpeba scored 16 for Monaco in the 1997/1998 season.

What made Moffi’s exploits more remarkable is that he’s just in his first season in France.

The Super Eagles left-back was one of the few Nigerian players that played in the Champions League at the just-concluded season.

Sanusi joined Porto from Santa Clara last summer, but he settled in quickly with the Dragons. The Nigerian international was one of Porto’s most consistent players this season, making 41 appearances in all competitions.

He featured in all of Porto’s Champions League games and even managed to feature in the team of the week on one occasion.

Although Porto lost the defense of their league title, Sanusi still finished with a trophy to his name, with Porto winning the Portuguese Super Cup. 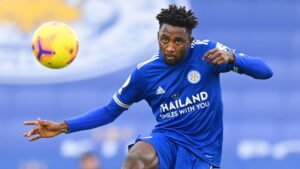 In fairness, Ndidi should be higher on the list, but he suffered an adductor injury that kept him out for three months in the first half of the campaign.

Nonetheless, he’s still one of Nigeria’s best players this season. The 24-year-old was once again key to Leicester City’s success this season, although he would be disappointed to miss out on the Champions League Football for the second consecutive season.

Ndidi helped the Foxes win their first FA Cup title with a Man of the Match performance in the final against Chelsea.

Stat: Despite missing three months of action, only three players have made more successful tackles than Ndidi in the Premier League this season.

The only reason why Sadiq is not ranked higher is because of the league he plays in. The former Dream Team star is one of Nigeria’s best strikers in Europe this season. The 24-year-old has scored 26 goals and provided nine assists for two clubs this season.

Sadiq scored six goals and registered two assists for Partizan Belgrade before signing for Almeria. At Almeria, he has been key to the club’s promotion push with 18 league goals and seven assists.

Almeria missed out on automatic promotion but will be relying on Sadiq’s scoring boots when the playoff starts next month.

Aribo built on his impressive debut last year with another brilliant performance for Rangers this season.

But more importantly, the Nigerian international added a league title this time, with Rangers going all the way in the Scottish Premiership.

An injury kept him out for six weeks earlier in the season, but Aribo was still able to play a pivotal role as the Gers finished the season as unbeaten champions.

The former Charlton midfielder scored six times in 25 league games this season, three more than the total he managed in 27 games last year.

When Ekong swapped the Italian Serie A for the English second division, it was a move that baffled a lot of people.

Although it’s still a downgrade, the move has finally paid off for Ekong, who has now achieved his dream of playing in the Premier League.

The Super Eagles vice-captain helped Watford secure an immediate return to the English Premier League. Ekong was part of a defence that conceded the least number of goals in the Skybet Championship this season.

He made 32 league appearances for the Hornets and kept 12 clean sheets. 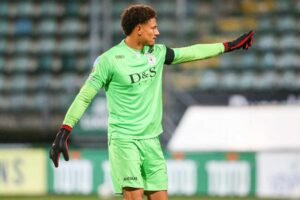 Before this season, Okoye’s status in the Super Eagles squad was questioned as he played in the German fourth tier.

But when he joined Sparta Rotterdam from Fortuna Dusseldorf II last summer, it provided him with an opportunity to prove his critics wrong.

He started the season on the bench, but a few games later, he gained the trust of manager Henk Fraser and went on to make 28 appearances for Sparta in the Dutch Eredivisie.

But his performance did not go unnoticed, with the Nigerian featuring in the team of the season. Okoye kept ten clean sheets in the league, averaging 2.6 saves per game and has been nominated for the goalkeeper of the season.

He has indeed silenced his critics this season. Not bad for a 21-year-old in his first season in the top-flight.