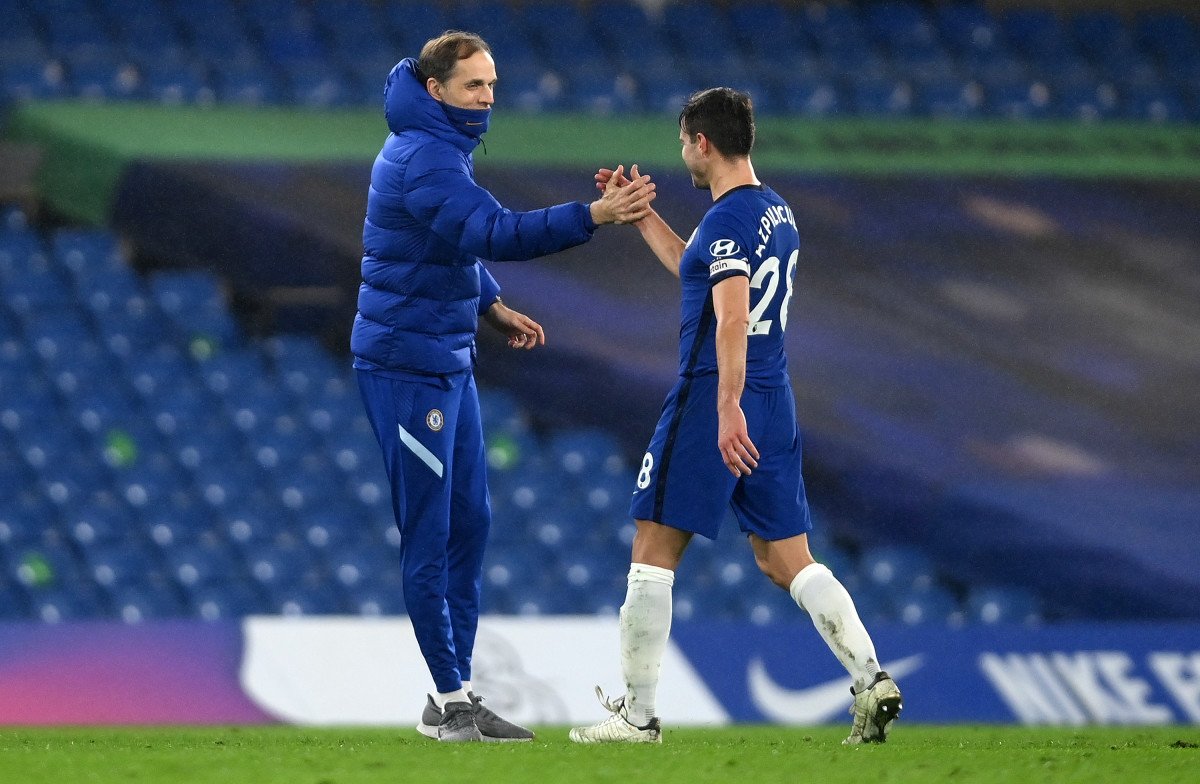 Chelsea football club has enjoyed seven games unbeaten under the technician manager Thomas Tuchel, with the manager salvaging the hopes of the Londoners who are now fifth placed in the premier league table and into the FA Cup quarter-finals.

The Chelsea manager has cautioned his team to be wary of Suarez even as he Revealed that he is a big fan of the Atletico forward and Uruguayan international Luis Suarez, the Chelsea boss Thomas Tuchel said that he was in talks with the striker to sign him for PSG before Atletico Madrid got his services from Barcelona.

Atletico Madrid Coach Diego Simeone had on Monday admitted that Suarez was his key player to his side’s hopes of beating Chelsea in the Champions League round of 16.

Thomas Tuchel has had a flourishing start at Stamford bridge with seven unbeaten games and fifth placed now in the premier league and into the FA cup quarter finals.

However, the German is aware he faces his biggest challenge yet against an Atletico side with bags of experience in knockout Champions League ties under Simeone.

“It’s clear when you play against Atletico what you get. You get hard fighting and there are many teams who have experienced this.”

Atletico’s style has evolved this season, though, to accommodate a range of attacking options including Suarez, Joao Felix and Marcos Llorente.

The former Paris Saint-Germain manager said that by then he wanted to re unite Suarez with his fomer teammate Neymar junior alongside with Kylian Mbappe to create a more frightening front three.

“There was a possibility,” Tuchel said. “We heard the rumor’s he was about to leave Barcelona and who cannot be interested to sign one of the best strikers in world football, in history and the present?

“We tried our luck. We did not make it, he chose to stay in Spain with Atletico and again he proves his quality.

On Monday Atletico manager Diego Simeone applauded Luis Suarez for the presence and experience that he brought to the club.

“For all the competitions, not just the Champions League, his presence gives us experience and leadership,” Simeone said.

“He brings confidence to our team and a lot of tension for our opponents because history shows this is a player who has a gift around the goal.”

Luis Suarez is not a common man he too has a history with Chelsea dating back times when he played for Liverpool. One of his three high-profile biting incidents left its mark on former Blues defender Branislav Ivanovic.

Tuchel, though, insisted Chelsea have to focus on the present rather than settling old scores.

“For me it’s never a good thing to look too far behind,” he said.

“We look forward and we play him tomorrow. We know about his qualities, we will be aware of it and we try to stop him from scoring.”

The match will take place in Bucharest rather than Madrid due to covid-19 travel restrictions. And Tuchel accepts that an away leg at a neutral venue was an advantage to his side, with the away goals rule still in operation.

“Clearly, yes it is a disadvantage for Atletico to lose their home ground,” Tuchel said. “We don’t have to talk around that.”

Diego someone is still optimistic and worries not to the field that his side plays, but the game and not to the problems that can’t be solved.

“In the world we live in today, with all the difficulties for everybody, we’re just lucky to be able to play football, wherever that might be.”He said.