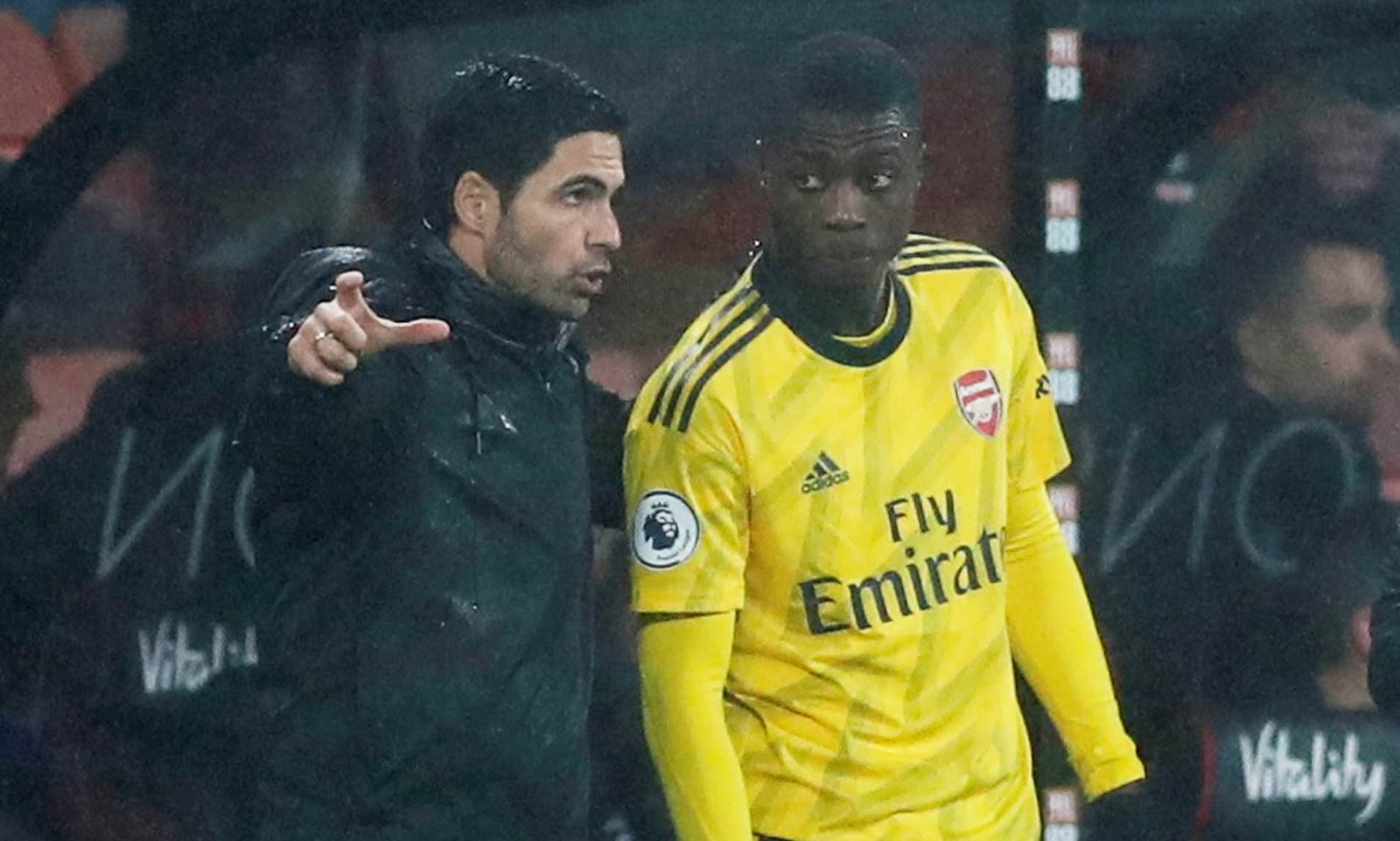 Arsenal manager Mikel Arteta has called for consistency from Nicolas Pepe despite splendid display in their 4 –  1 victory over Molde in Europa League.

Since arriving from French outfit Lille for a club-record fee of £72 million, the Ivorian winger has failed to live up to his value.

The Gunners went in behind after 22 minutes but were levelled at the end of the first half, thanks to a Kristoffer Haugen own goal.

Another own goal from Sheriff Sinyan in the 62nd minute set Arsenal in the lead.

Pepe went on to score the first but third Arsenal’s goal before setting up Joe Willock for the final goal of the night.

The goal tally takes Pepe to only three in his 11 appearances for the North London club this season.

According to Goal.com, responding to what the attacker needs in order to fight for a starting 11 spot in the club, manager Arteta said,

“Consistency throughout the game, throughout 90 minutes in every ball, in every action and every time he is on the ball in the final third to make a difference and do it more and more and more,” Arteta said in his post-match press conference.

“The final product has to be better, not just from him, if we want to become a top, top team and score many more goals it’s something we have to put higher demands on at the moment.

“Today he scored a really good goal, another assist and he can do more. But I think he is on the right path.”

However, Arteta went on to state that the entire team needs to show consistency game in game out.

“I’m talking generally. It’s not just Nico or Willy [Willian], in general consistency wise in the final third with the end product, with the quality that we have we have to finish more things better and we can improve a lot,” Arteta said.

“That goes for every single player. Nico has scored three goals, the aim has to be to score 10 and Willy the same, three assists, he needs 10. If we don’t have that mindset, we won’t become the top team we want to be.”