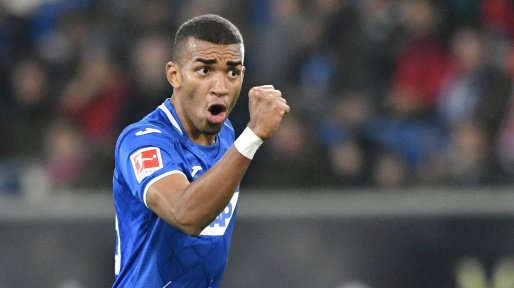 Hoffenheim defender Kevin Akpoguma has turned his back on Germany in favour of representing Nigeria at international football level.

This is after getting FIFA granted the 25-year-old permission to switch to Nigeria with immediate effect.

The centre-back has joined his Super Eagles teammates in training ahead of their international friendlies.

The three-time Africa Cup of Nations winners will face Algeria on Friday and then Tunisia on Tuesday.

The news come as a relief after Arsenal starlet Bukayo Saka turned down the opportunity to play for Nigeria.

Instead, the versatile midfielder will represent England’s Three Lions at international level.

Super Eagles coach Gernot Rohr was full of praises after Akpoguma’s decision to play for Nigeria.

Accordind to allafrica.com, the 67-year-old German tactician shared how he won the heart of the former German U20 national team skipper.

“It was not my job to convince [Kevin] Akpoguma to come and play for Nigeria.

“I had a good conversation with him and his family while watching several games in Hoffenheim,” Rohr said.

“After the matches, we met and could talk.

“I presented our projects and I could speak about the team, about this incredible period in the Super Eagles and my vision for the team.

“He was sold on this and would love to be a part of the team and play in big international competitions like the Africa Cup of Nations or even the World Cup.

“We are very happy about the decision of Kevin Akpoguma to switch from Germany to Nigeria.

“Because he played for Germany at youth level, the process is not finished yet because Fifa must give the authorisation.

“He has fulfilled the written request to the switch and we only await the good news that he can finally play for us.”

Akpoguma will bring a host of experience to the West African side and give coach Rohr a solid defensive backline ahead of the Africa Cup of Nations tournament.