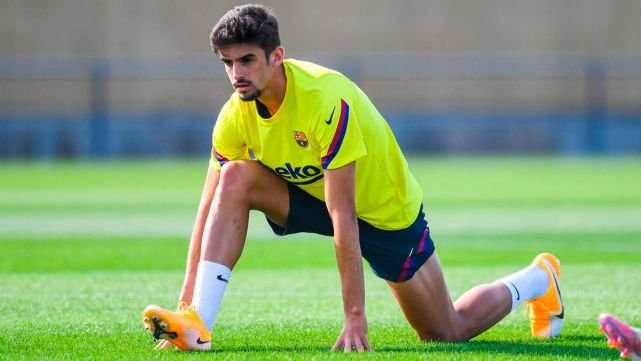 Barcelona’s new signing Francisco Trincao said it was “impossible” to pick between Cristiano Ronaldo and Lionel Messi when asked who was the world’s best player.

Trincao has shared the football stage with both the Portuguese captain Ronaldo in the international level and now Argentine captain Messi at the club level.

Ronaldo and Messi have dominated the Ballon d’Or accolade for over the last decade with the latter clinching the coveted award six times.

Following Portugal’s international friendly with Spain that ended in a goalless on Wednesday, Trincao was asked about the two elite footballers.

“I am extremely proud to be able to play with both [Ronaldo and Messi],” the 20-year-old told RTP3 post-match in Lisbon.

“It is impossible to say who is the best.”

Trincao signed a five-year deal at Camp Nou in January but only completed his move in July.

The La Liga club inserted a $588m release clause in his contract to ward off any potential buyers and secure the wonderkid’s future at the club.

The Portugal Under-21 international, netted seven goals in 29 appearances in all competitions for Braga last season.

So far, the forward has made three appearances for the Blaugrana under new manager Ronald Koeman.

The Dutchman is looking to reshape the face of the club bringing in young and energetic players.

The former Everton manager has also brought in Serginho Dest, an exciting American talent, who plays as right back.