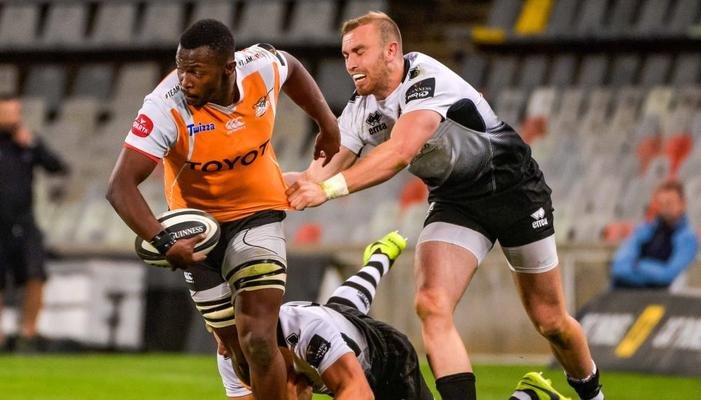 Cheetahs loose forward Junior Pokomela says players will need time to adjust to contact training before matches can go ahead, after five months of training at home.

“We have all been waiting to get back to contact training for a while, and it has been nice to be back as a team and to see our teammates,” said Pokomela.

“We had time off two weeks ago and only returned to contact training last week, and the first few sessions were pretty bruising, so we need to get used to the contact and get the body going bit-by-bit again.”

He added: “We have been doing weight training for a while, and then there was the non-contact training, which was vastly different as we couldn’t tackle one another and we were training in small groups, so there was a time when I didn’t even see the backline players.

“But this is completely different because now we get to work on different aspects of the game such as getting into breakdowns and getting up again, changing direction and other specifics, so good recovery and player management will be important going forward.

“We are currently using tackle shields and we started working on our defence as well, so we will progress into chukkas (short matches of 20-minutes) steadily over the next few weeks as we work toward returning to competition.”

Pokomela admitted that the initial stages of the national lockdown had its challenges, but he took the positives from the experience.

“It was trying at first because no-one expected the Covid-19 pandemic to take over the way it did, and when the hard lockdown changed from three weeks to three months I had to adapt,” he said.

“Our conditioning coach tried to make things fun for us while we trained at home, and looking back I feel the lockdown had its benefits from a physical and mental perspective for me personally.

“I also think it may have prolonged some players’ careers, especially for some of those nearing the end of their careers, so there are notable positives.”

After establishing himself as a key figure in the Free State outfit since running out for the Junior Springboks in the World Rugby Under-20 Championship in Manchester in 2016, Pokomela was pleased with the progress in his career.

“My rugby career is going well and I am enjoying it at the Cheetahs,” he said.

“Playing for the Junior Springboks was a great boost for my career and it was an honour for me to serve as the team’s vice-captain.

“From there I went on to the play in the SuperSport Rugby Challenge, and then earned my first Vodacom Super Rugby cap, and played in the Currie Cup and the Guinness Pro14, so I am satisfied with my career, and I am determined to keep improving and growing as a player.”