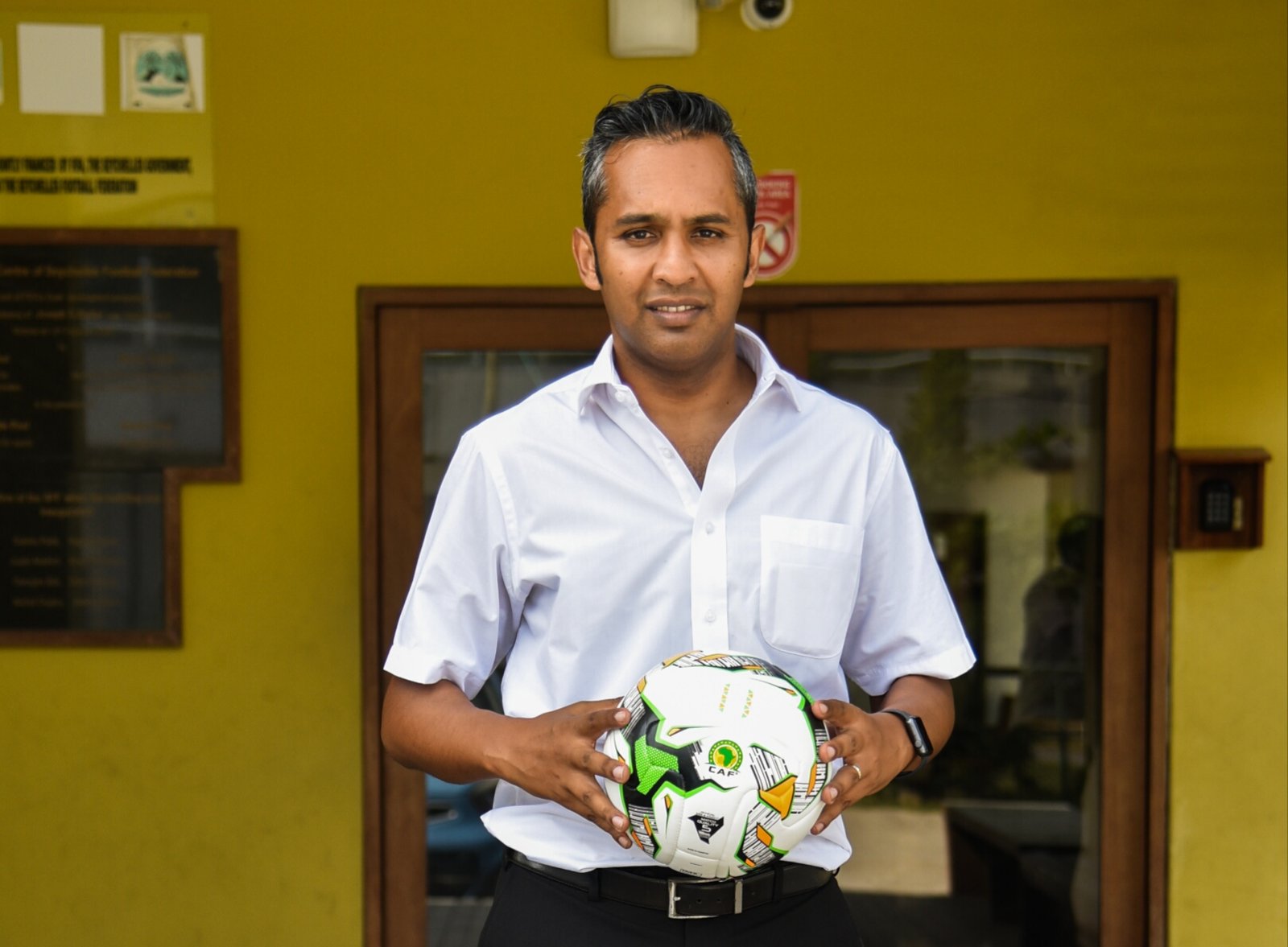 Seychelles Football Federation (SFF) president Elvis Chetty says his plan is to focus on the growth of the women’s game in the island nation off the East African coast.

Chetty told cosafa.com:  “The women’s league has just kicked off and we are looking forward to that progressing well. We are also creating a women’s department that will be completely run by ladies. We will engage them to develop the sport with our assistance when it is needed.

“We have also advertised around the world to appoint a new women’s football director and that position will be filled by a female candidate.

“We have put in place competitions through the schools for boys and girls, these are at various age-groups from Under-10 to Under-17.”

Chetty says the SFF is also hard at work in various other spheres.

“Development is paramount because we recognise there is a lot for us to do to reach certain levels, the levels we have set for ourselves in the next four years.

“I would like to reiterate that development doesn’t necessarily belong only to the field of play, but in the boardrooms as well, and the measures set such as a policy that is made within the headquarters.

“We have made sure as far as the administration is concerned that we have made revolutionary changes by introducing new financial manuals that cannot be avoided, we have amended our statutes to create term limits, and ethics bodies and a national dispute resolution chamber.

“It means all disputes will come to our own courts that the SFF has created, rather than going to FIFA. Further to that, we have made sure that there are strict policies to ensure transparency and the safe-guard of information.

“We are currently developing a new website which will publish all information that we deal with so that we are transparent.”
Chetty adds that there is also a large infrastructure push within the organisation.

“We have engaged a drive to upgrade existing facilities, and at the same time build new ones. We will be building a new mini-stadium of our own, which will be mainly utilised by some of the members [clubs] when it comes to training.

“Further to that, it will host the women’s games and competition, and also some youth football. We are also upgrading our Beach Soccer stadium, as well as our headquarters and the playing facilities around there.

“We also have an agreement in place that will allow us to take over the national stadium and renovate it completely, whereby we will then be in partnership with the national sports council.

“We also own a stadium on the second largest island [Praslin Island] that will also be undergoing refurbishment this year.”

Chetty also confirmed that the new 2020/2021 Seychelles league season is due to kick-off in November, albeit in a reduced format due to the novel coronavirus pandemic.