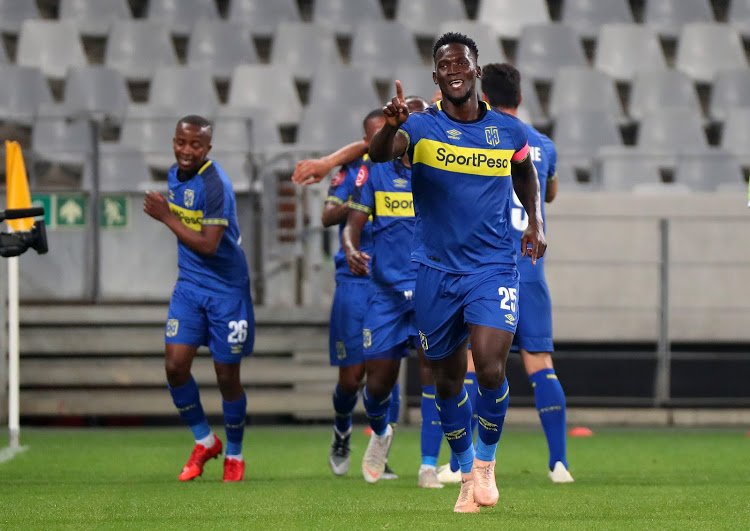 The victory took the City to the seventh on the log, while the Sundowns remained second on the log – six points behind leaders, Kaizer Chiefs.

Experienced City winger Bradley Ralani managed to break the deadlock following a quick move down the left-hand side which exposed the Brazilians’ defence.

His initial shot was saved by Sundowns goalkeeper Denis Onyango, but Ralani fired home from the rebound to make it 1-0 to City in the 13th minute.

The Brazilians then pressed the hosts and Tiyani Mabunda unleashed a thunderous long-range shot which went just over the crossbar a few minutes before the half-hour mark.

Sundowns were caught napping at the back and they were punished by in-form striker Kermit Erasmus, who made it two goals in as many matches just before the halftime break.

Mduduzi Mdantsane set-up the marksman, who beat on-rushing Onyango to make it 2-0 to City – netting his 11th league goal of the season in the process.

However, the deficit was reduced by Dove Edmilson, who netted an own goal from Gaston Sirino’s corner-kick to make it 2-1 heading into the halftime break.

It took only nine minutes for Ralani to restore City’s two-goal lead when he pounced following a mistake by Wayne Arendse, before chipping the ball over Onyango to making 3-1 to the hosts.

Coach Pitso Mosimane then made three changes at the same time as Andile Jali, Phakamani Mahlambi and Sibusiso Vilakazi were introduced as Sundowns looked to pull one back.

The defending champions then took control of the match and Mahlambi’s goal-bound shot was blocked from close range with the City defence exposed in the 76th minute.

Mahlambi, who was in an unmarked position, then failed to direct the ball towards goal with his head from close range in the closing stages of the match.

However, Sundowns did score in stoppage time when Keletso Makgalwa beat Leeuwenburgh with a low effort, but the goal proved to be scant consolation as City held their one-goal until the match drew to a close.