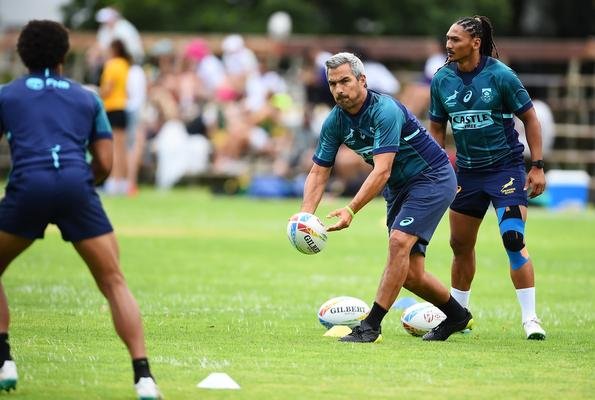 Springbok Sevens coach Neil Powell says his side’s long-awaited return to training will provide just the boost they need after almost six months out of action.

The players will undergo Covid-19 testing on Thursday as part of the return to play protocols and will report for duty at the Stellenbosch Academy of Sport next Tuesday.

For Powell, this comes at a good time for his squad, who last saw action in early March.

“The players will welcome the return no doubt,” said Powell.

“It has been tough on them mentally to be away from the game for so long and while they managed to train on their own during the lockdown period, it will also be good for them to get back into a training routine, although in smaller groups.”

The Blitzboks were awarded the silver medal as the 2019/20 HSBC World Rugby Sevens Series was cut short due to the global Covid-19 outbreak, with the last four tournaments cancelled and the Olympic Games in Tokyo postponed until August 2021.

“The guys will be keen to get back into action, but we will manage the start of the new season,” said Powell.

“Not only are there certain protocols in place during our return to the training phase of the lockdown, but we also have to make sure the players are following those to the letter.

“The first month will focus on fitness and strength work, and we plan to start with skills training in September. We are not rushed in any way at this stage, so this gives us the ideal opportunity to make sure all players are getting into the right habits and protocols.

“Everyone could do the legwork, but not all the players had the same access to strength and gym training, so we will phase that in,” the Blitzboks coach explained.

Powell’s management had a productive meeting on Monday and the coach said everyone started with a positive mindset and energy.

“We need to make sure that we do the thing right from the start, so it was good to touch base with everybody again and plan what we want out of the early part of our return,” he said.