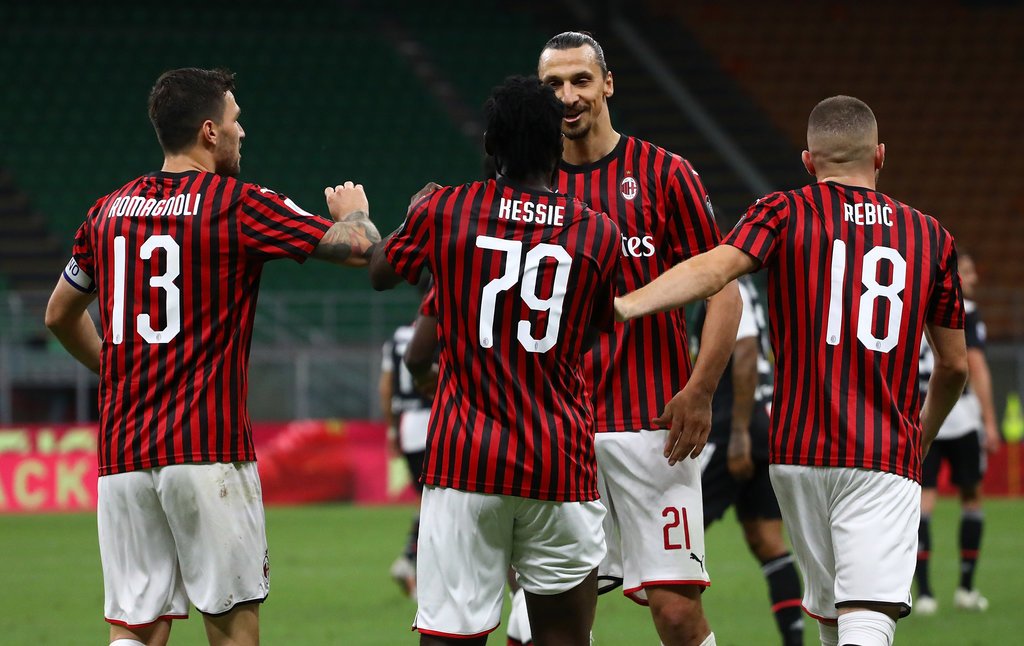 AC Milan shocked Italian Serie A division leaders Juventus 4-2 on Tuesday, coming back from a 2-0 deficit at the San Siro Stadium.

Visitors Juventus took a 2-0 lead as Adrien Rabiot and Cristiano Ronaldo were the scorers.

But AC Milan came back in a five-minute spell after the 62nd minute as Zlatan Ibrahimovic, Franck Kessie and Rafael Leao scored consecutive goals to make it 3-2.

Near the end of the match, Ante Rebic put the ball into Juventus’ net to secure the win for AC Milan.

Juventus were upset but are not in serious trouble as they are still on top of the league with 75 points.

Second-place Lazio trail Juve with 68 points after their shocking 2-1 loss to Lecce.

Following the victory, AC Milan are now in fifth spot with 49 points.

The Serie A will conclude in seven weeks.