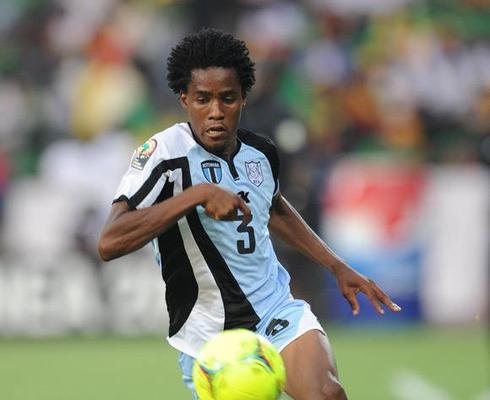 Ramohibidu, now aged 34, was involved in a near-fatal car accident in 2016 which left him paralyzed from the waist down.

Ramohibidu was part of the Botswana team which qualified for the 2012 Africa Cup of Nations – their first-ever appearance in the tournament. He featured in all three games as Zebras exited at the group stage of the tournament following defeats to Ghana (1-0), Guinea (6-1), and Mali (2-1).

BFA donated 600 US dollars to Ramohibidu as “a token for his upkeep during these times.”

Meanwhile, BFA announced the creation of a new relief fund to support players in need.

BFA president Mclean Letshwiti said: “We have decided to work together with the Fub [Footballers Union of Botswana] to form a relief fund for the future.

“There are lessons learned all the time from difficult situations. In this [novel coronavirus] pandemic, we also decided to take some lessons home.”

Ramohibidu is one of the few notable players to have played for all the junior national teams. He made his name at the now-defunct BMC Football Club and was on the books of FC Satmos before the accident cut short his career.

Botswana has recorded 42 cases of Covid-19, with 24 recoveries and one death. The country reported its first case of Covid-19 on March 30.