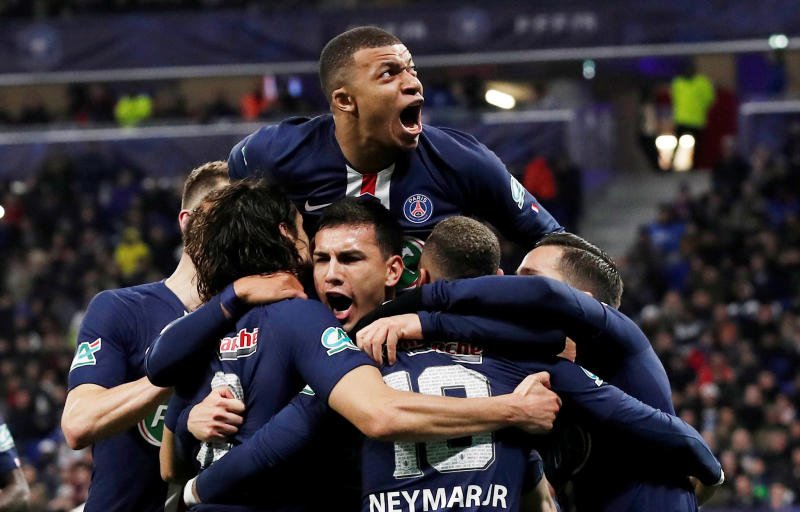 Instead, there was just a formal ruling from league executives that provided another example of how the coronavirus has upended sports across the world.

PSG was officially crowned Ligue 1 champion on Thursday — two days after the government ruled that the league had to be cancelled because of the pandemic.

“We have (acknowledged) the end of the 2019-20 season and we have awarded the league title to PSG,” league president Nathalie Boy de la Tour said.

Handing the title to PSG was basically a formality, with the team 12 points ahead of second-place Marseille with 10 rounds of matches left to play.

But other teams objected to the decision to finalize the league standings based on a points-per-game formula, with Lyon threatening to take legal action after missing a chance to qualify for the lucrative Champions League.

It was PSG’s seventh title in the last eight years — and ninth overall — although this one certainly had a different flavor to it.

Instead of the normal on-field celebrations, there was just muted reaction on social media.

In a statement, PSG president Nasser Al-Khelaifi dedicated the title to the “healthcare staff and to all the everyday heroes on the front line whose commitment and self-sacrifice over many weeks have earned our deepest admiration.”

“We understand, respect and support the decisions taken by the French government to end the championship,” Al-Khelaifi said. “Health, as the government has always said, must be everyone’s priority.”

Star striker Kylian Mbappé posted photos on Twitter of himself raising the league trophy on two previous occasions, but there was no immediate public reaction from Brazil forward Neymar.

Any celebrations with fans, such as the traditional open bus parade, will have to wait until social distancing is over.