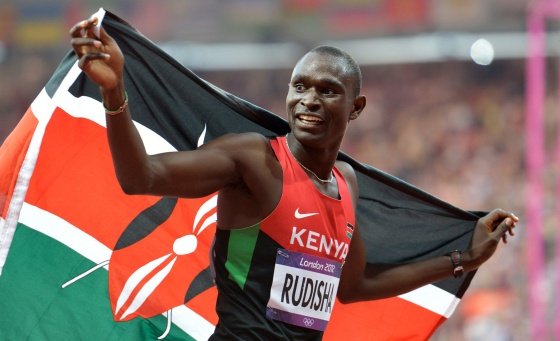 Kenyan 800m star David Rudisha has been plagued by injury over the last three years but had been on course to give his best at the Tokyo Olympics this year.

The Olympics were scheduled for July until it was postponed  – due to the coronavirus pandemic – until next year around the same time.

The 800m world record-holder and two-time Olympic champion’s chances of making a return to the top-level appeared slim.

But in recent months the 31-year-old Kenyan had managed to get in a solid block of quality training and was looking forward to racing again in 2020. Like all elite athletes the world over, though, he is now putting his competitive comeback on hold.

“My injury had healed and my medical specialist had given me a clean bill of health,” he told the Daily Nation. “Before the coronavirus pandemic disrupted my daily workout, I had been training hard and I was almost hitting my top form just a few months before the Olympic Games.”

“Athletes are in a catch-22 situation. There is no sign of things returning back to normalcy any time soon. Even as they train alone, they can’t push their bodies to the maximum limit because they don’t know when the competition will resume.”

“I think (postponing the Olympics) was a wise decision until everything comes back to normal there is no point of risking athletes lives for now. Many athletes are slowly adjusting to the harsh realities and hopefully, the world will soon find a permanent and lasting solution to this pandemic.”