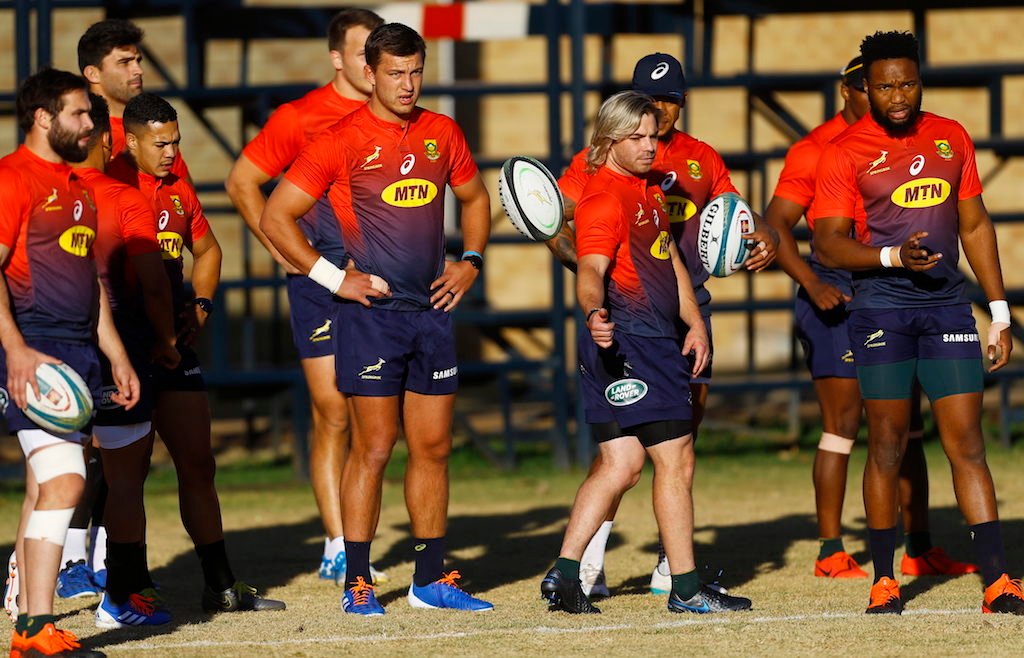 The global response to the COVID-19 pandemic has forced society, business and sport to adapt their current methods of operations, with two more weeks added to the initial three-week lockdown in South Africa.

Springbok assistant coach Felix Jones, who joined the squad on the eve of their victorious 2019 Rugby World Cup campaign in Japan, is based in Dublin, Ireland, and his main job is to keep tabs on those players who are based in the United Kingdom and France.

However, the pandemic has forced a worldwide halt of sporting activities and strict travel restrictions, meaning Jones and the rest of the Springbok coaching team have had to improvise in order to continue with their job of preparing for the forthcoming season, whenever it may kick back into gear.

Jones, formerly a player and coach at Irish province Munster, said: “Since the start of the year, we have been busy as a management group, making sure we’re aligned with what we want to get out of the next cycle.”

The 32-year-old Jones explained to springboks.rugby what he is doing from his base in Dublin: “On this side, we’ve been running the alignment camps with the players based in Europe – France and the UK – so I had been visiting clubs to see how players were performing on a weekly basis before the lockdown.

“At the same time, we are making sure they are aligned with the information that is going out to the players in South Africa.”

With Jones being based in Ireland, working “remotely” hasn’t been that much of a challenge though.

“We use a range of platforms to interact with the coaches and players, transferring footage online, using WhatsApp groups, video calls and so on,” he said.

“Everyone understands that what is important now is we stay at home to stop the spread of the virus. And subsequently, we’ve adapted our methods as a team.”

But he also finds time to spend with his family at home in Dublin, where they are raising two busy toddlers, Alfie and Freddie.

“Getting to experience South Africa immediately post the Rugby World Cup was something the players and management told me would blow my mind,” he said.

“Having lived in Ireland my whole life it was remarkable to see such diversity and culture first-hand in so many parts of South Africa.

“But I also think it blew the minds of the players to see the effect they could have on so many people and the symbolic meaning of winning the World Cup really came to light.”