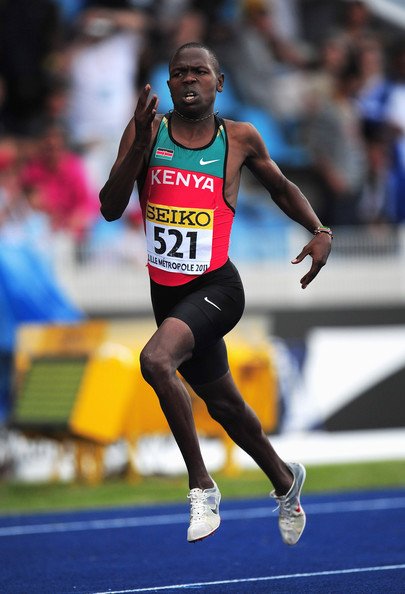 Kenyan 400m runner Alphas Kishoyian has written off the 2020 season, as the novel coronavirus keeps causing future sporting events to be either postponed or cancelled.

With the Tokyo Olympics which were scheduled for July being postponed to next year, the 25-year-old said he has no choice but to scrap his training plan.

“I had really worked hard for this season with my focus being the 2020 Olympic Games and other races. I have now cancelled all my plans. My health comes first,” Kishoyian told Kenyan publication Daily Nation.

As for qualification, whether athletes will be forced to re-qualify – Kishoyian said he did not have any clarity on the matter.

“It’s a really hard time because I also had qualified (for Olympics). I don’t know what the World Athletics will decide regarding qualification.”

Kenya was due to host the World Athletics Continental Tour in Nairobi in May before that was also postponed. That postponement will also come as a blow for athletes ahead of the new season, whenever that begins.

“The Continental Tour was a big chance for our athletes to compete with runners from other countries and an opportunity for them to get good times.

“With time, all will be well. But for now, let’s train hard and remember to pray for this pandemic to end. Stay at home, wash your hands and stay safe.”

The Under-20 World Athletics Championships were also due to be held in Kenya in July, but the event was also postponed – with no future date scheduled yet.