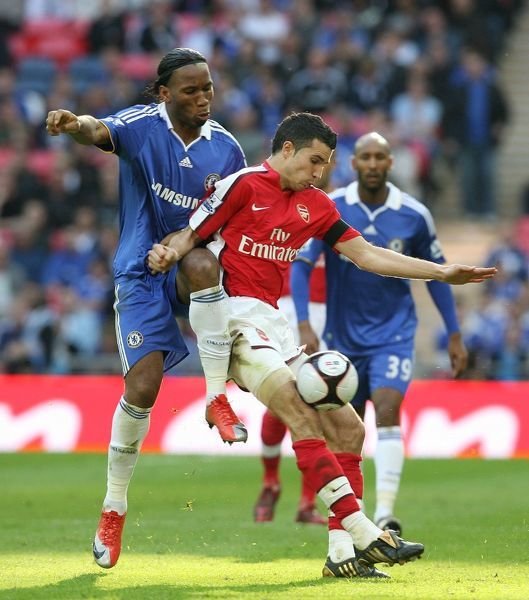 The poll which saw over 161 000 fans participate, saw Drogba earn 71 per cent of the votes.

Both players spent eight years at their respective London clubs from 2004 to 2012. Van Persie made 194 appearances for Arsenal during that time, scoring 96 goals. Drogba, meanwhile, played 226 times for Chelsea in the same period and notched up exactly 100 goals.

Van Persie only managed to lift the EPL title after moving to Manchester United in 2012, while Droga won the top prize in England four times – with the last one coming when he returned to Chelsea in the twilight of his career for a one-year spell in 2015.

Another interesting statistic in the EPL for both players is the number of assists. Van Persie made 54 assists from 280 games, while Drogba produced 53 assists from 254 games.

Earlier this week, Drogba allowed his hospital in Ivory Coast to be used as a coronavirus treatment centre, reported TalkSports.

The sports radio station said in a story on its website that the Didier Drogba Foundation opened the hospital in the 42-year-old’s home town of Abidjan in 2016. The infirmary is named after Ivory Coast footballer Laurent Pokou.

Earlier this month, the 2012 Champions League winner slammed two French doctors after they suggested testing a vaccine for the coronavirus in Africa.

“It is totally inconceivable we keep on cautioning this: Africa isn’t a testing lab. I would like to vividly denounce those demeaning, false and most of all deeply racist words. Helps us save Africa with the current ongoing COVID-19 and flatten the curve,” Drogba wrote in a tweet.