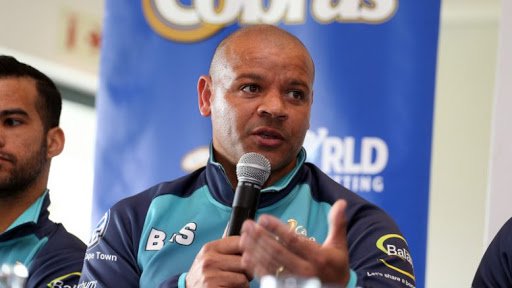 They were especially poor in the 50-over competition in which a run of seven successive losses overshadowed a bright start that was led by one of the competition’s star batsmen in captain Zubayr Hamza.

The Proteas ace finished second on the run-scoring charts with 582 runs, just shy of Grant Roelofsen (588) of the Dolphins.

Youngster Thando Ntini was the best of their bowlers, occupying fifth in the wicket-taking standings with 14 scalps.

However, in the 2019/20 first-class season, they were still in the hunt for the title, albeit having failed to win any of their eight matches.

“Perspective is very important when you reflect,” Prince said. “I’ve said it already that we haven’t been great in white-ball cricket over the past few years. We wanted to get stronger as far as that’s concerned and I think we did that to an extent.

“Of the eight completed four-day matches, we were in the driving seat probably in most of the ones that we ended up drawing.

“We lost the opening match in Potchefstroom by 10 or so runs on what I like to think was a sub-standard pitch. So, we were right in the game there. And in six of the draws, I think we were in the driving seat in most of those games.

“One could argue that rain saved the opposition more than it saved the Cobras in those games, so I take things with perspective.

“In one-day cricket, it’s obvious that we do need some improvement and I think that’s why a lot of the recruitments have been based around one-day cricket.”

The season ended prematurely due to the outbreak of COVID-19, which has brought the world of sport and the globe in general to a standstill.

That meant that the Lions, top of the table at the time, were crowned four-day champions and the Dolphins the one-day winners.

“I felt that had we won our last two games, which would have been the Lions and Knights away, things could have been different,” Prince explained. “If you beat the Lions then you are six points off the lead because they were the leaders, so it’s last (where we finish) yes, but there’s a lot more to the story than just looking at the table at the end of the season.”

Leading performers in the four-day campaign for the Cape side were George Linde (30 wickets), who ended second overall, and Matthew Kleinveldt (558 runs).

With next season now the focus for all teams, the Cobras recently announced the acquisition of Tony de Zorzi, Imraan Manack, Tshepo Moreki, Corbin Bosch, Onke Nyaku and Calvin Savage for the new term.

Locals Isma-eel Gafieldien, Ziyaad Abrahams and Jonathan Bird have also been brought on with upgraded contracts.

Prince added: “We are extremely excited about the players that we’ve brought in. There’s a lot of really good players; there’s pace in the bowling department; some experienced players in terms of one-day or white-ball cricket.

“And that’s obviously an area where we felt we needed strengthening because, over the last few years, we’ve been more competitive in red-ball cricket than in white-ball cricket.”